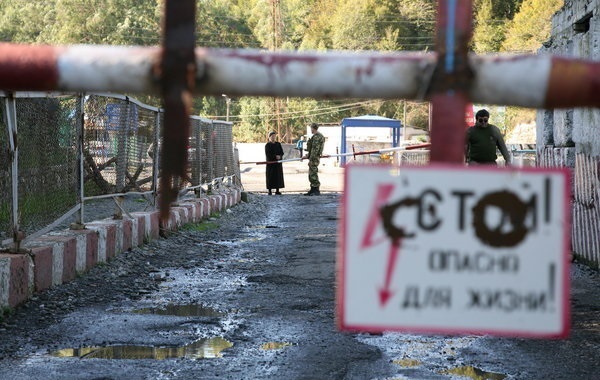 Recent developments in Ukraine confused and shocked the public opinion. In the case of secessionist Transnistria, Russian involvement has undermined sovereignty of Moldova. Then, during Georgian war in 2008, one learned that conventional invasion is still possible in the modern world. In 2014, one see that Crimea not only declares independence but also decides to join the Russian Federation. This analysis aims to show that separatist movements have always been used instrumentally by major powers. Nevertheless, annexation of Crimea is a dangerous precedence which should be avoided in the future, preferably by codification of independence-related “grey zone”.

The instrumental use of independence ambitions by Russia (or any other state) helps to achieve goals located in the sphere between “legal” and “illegal” of international law. In fact, this is possible because pursuing independence ambitions themselves falls within such a sphere. On the one hand, every minority has a right to self-determination and protection of its identity. On the other, every state is sovereign and integral.

Separatisms can be troublesome. In all cases, the logic is similar. A state should assure protection and proper representation of a minority. If this representation assumes complete independence, a state can simply refuse to honor these requests. Then, if a minority so decides, a case is moved to international level and may end up in the grey zone of partial recognition by international community. The legal arguments can be used by both proponents of self-determination and advocates of state’s integrity. In short, using independence-related ambitions by a third party makes it possible, by skillfully conducted policies, to make use of the grey zone and achieve more than allowed under normal circumstances.

Up to 2014, the Russian strategy of support for Abkhazia, South Ossetia and Transnistria might have been perceived as willingness to keep both Moldova and Georgia unattractive for NATO and the EU. The lack of control over territory makes a partner unreliable, especially for security-oriented organization. For France, Germany and Netherlands in particular, the admittance of divided Cyprus to the European Union in 2004 has been perceived as a mistake to be avoided in the future enlargements.

The annexation of Crimea is the step beyond this bold but simultaneously cautious framework. It is a territorial gain. Conventional aggression did not take place but the way in which international community reacts to Russia’s behavior suggests that possible military clash is the major concern. Since the end of the Cold War, Russia has gradually tested and became assured that it can successfully undermine territorial integrity (Moldova), invade sovereign country and further seal its instability (Georgia), and finally achieve territorial gains without fully fledged military involvement (Ukraine). It is understandable that international community fears the next step. Since Russia has already broken taboo of aggression and annexation, its future aggressive policy may rely on mixture of these two elements.

The prognosis should however take into account many other factors. It is not enough to conclude that Russia will demand more and more, that it will become more adventurous simply because we observe some murky linear development over time. What Putin’s supporters demand from him is provision of prosperity and reputation. This can be achieved by operating outside the framework constituted by the United States, the EU and NATO. If the West supports democracy, Russia supports strong leadership. If it criticizes certain states for their violation of human rights, Russia relaxes requirements for human rights’ provision. By doing this, Russia is able to construct its own sphere of legitimacy and support without relying too much on the United States and Europe.

If one complains about Russia recognizing separatist republics in Georgia, the Russian answer simply is: the West did the same in Kosovo. Separatist movements are and have always been used instrumentally by third parties to achieve geopolitical goals. However, annexation of Crimea is a serious trespassing of existing international savoir-vivre. To limit similar situations in the future, international community should not fiercely oppose declarations of independence but rather focus on state-building in such units, under broad coalition and activity of international organizations. After statehood is established and nationhood consolidated, referendum can decide about the future status. This should limit the possible immediate unification with a third country after declaration of independence.

In order to regulate the “grey zones” problem international community should form a body of consultation which would be mandated to establish international missions aiming to keep peace and secure state-building activities. These activities should especially include preparing population for prospect referendum with educational and infrastructural undertakings. It would be also important to empower former parent-states with special relations with newly-independent entity for some predefined period of time and observe whether these new developments result in increased, peace-jeopardizing tensions in a region.

As a nation-state, Poland doesn’t have stability-threatening issues resulting from existence of “grey zones”. The question of Upper Silesia is not likely to be used by any major power to destabilize Poland in near future. However, Polish neighbors (with Ukraine being the prime example) experience serious problems in this sphere. Poland should become actively engaged in regulatory efforts outlined above. For now, the worst case scenario is having a territorially destabilized country right across the border. Because Poland doesn’t have stability-threatening separatist issues on its own, it may become a respected, neutral partner and mediator in solving separatisms-related issues of other states. Taking into account the growing significance of separatisms in modern world politics, this fact can enhance Polish diplomatic status.