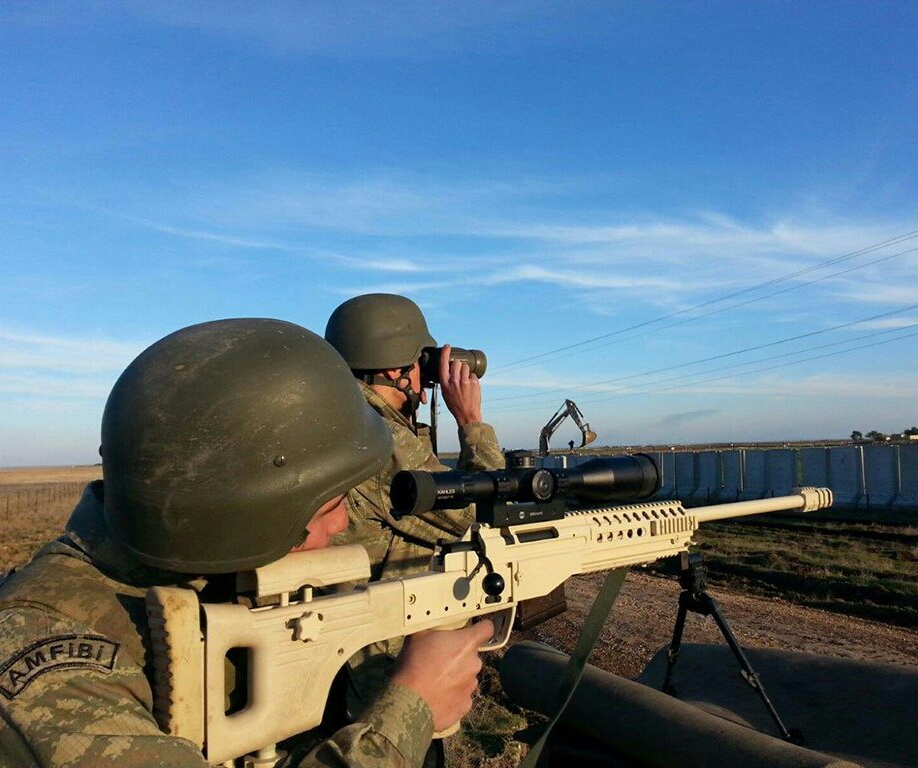 In recent years, the North Atlantic Alliance has faced a number of external challenges, whose majority was related to the Russian neo-imperialism, the permanent crisis in the Middle East and North Africa, as well as the China-US hegemonic rivalry across the world. NATO has also been struggling with a plethora of internal issues such as Transatlantic tensions that had been provoked by Donald Trump’s policies as well as the growing risk of European disintegration. The Turkish crisis has become another problem that the Alliance must face. The recent decisions of the Turkish government – conducting an unexpected operation against Syrian Kurds; purchasing the Russian air defence systems that led to removing Turkey from the F-35 programme[i]; blackmailing NATO by rejecting the defence plans for the Eastern Flank[ii]; and finally threatening to close the strategic nuclear bases of NATO and the United States in Turkey – seem to prove that the future of the Alliance may depend upon the evolution of Ankara’s foreign policy.

Therefore, to determine potential consequences of the Turkish crisis for NATO, it is crucial to consider the internal and regional situation of Ankara as well as the response of NATO member states to Turkey’s political stance.[iii] There are two general scenarios worth considering; each of them comprises at least two possible political choices for Turkey regarding its relations with NATO. According to the first scenario, Turkey will remain a member state of NATO; the second scenario is the Turkey’s withdrawal from the Alliance. Turkey, as a member state, has two options as far as its relations with NATO are concerned. Ankara can either a) maintain status quo and remain a troublesome ally or b) it can change its political stance and once again become a solid and reliable ally. In the second scenario, Turkey can either a) become neutral and maintain a balanced position in its relations with the East and the West or b) move to the camp of Alliance’s foes. Nonetheless, it is worth noting that the current stance of Turkey has a detrimental impact on NATO. Until recently Turkey had been perceived as a strong and reliable NATO member state that played a key role in two dimensions: 1) as a buffer against the threats from the Middle East; 2) as one of the pillars of the Alliance’s defence and deterrents against the Soviet Union’s and Russia’s military clout. Today, it is no longer certain whether Turkey can play either of those roles given that Ankara’s current domestic and foreign policy is questionable, to say the least, when it comes to being a partner that contributes to the common mission of the Alliance.

Currently, Turkey can be perceived as an ‘uncertain’ ally. Following the failed military coup in 2016, the Turkish government has been purging the military and has successfully decimated the officers that had pro-Western or pro-NATO orientation.[iv] Turkey’s stance on Russia is another issue that brings Ankara’s credibility as an ally into question. The aforementioned uncertainties should be considered and addressed in the Alliance’s defence plans for the Eastern Flank given that Turkey might refuse to support allied defence operations. Therefore, the position of Turkey seems to be a major political, strategic, and operational dilemma for NATO, especially in the context of the military threats in the Black Sea region.[v] The future, however, may be even more complex. Turkey may decide to change its current anti-Western and pro-Russian political discourse (e.g. if Erdoğan’s party loses elections), although such a scenario seems very unlikely in the near future. The decision to alter the current foreign policy and make Turkey a pro-Western nation once again does not mean that Ankara will be seen as a credible ally immediately. Most problems in Ankara’s relations with its allies are a permanent fixture, for example the Kurdish issue, the tensions with Greece and Cyprus, as well as Turkish migrants in Western Europe.

Consequently, Turkey as an uncertain and ‘troublesome’ NATO member state can become an ‘unwanted’ ally which ultimately can lead to growing tensions within the Alliance. NATO has no procedures to remove an ‘unwanted’ member state even though the membership criteria can be found in the main principles of the Alliance (e.g. respecting democracy, civil liberties and rule of law) as well as the Washington Treaty whose Article 8 stipulates that none of the international engagements [of a member state] now in force between it and any other of the Parties or any third State is in conflict with the provisions of this Treaty, and undertakes not to enter into any international engagement in conflict with this Treaty, .particularly in the context of collective defence.[vi] The Treaty, however, includes no provisions that could determine a course of action if a country does not meet or violates the membership criteria. Practically speaking, other members could only turn away and ignore an unwanted ally by withdrawing from common initiatives and projects, limiting official contacts, cancelling infrastructure developments in its territory etc. In other words, it would be necessary to create parallel procedures to allow effective cooperation among allies without Turkish presence.

It is worth noting that in this scenario the conflict between Turkey and other member states would make the former a Trojan Horse in NATO that would have political power to veto all major decisions and thus effectively paralyse the entire Alliance. In these circumstances, Turkey could undermine deterrence and defence capabilities of the Alliance which would allow Russia to conduct its hybrid warfare against the West.[vii] Certainly, NATO would have no chance to survive as an effective military force which could lead to shutting down NATO and establishing a new defence organisation in its place.

According to another scenario, Turkey could remain a NATO member state and leave the military structure of the Alliance. France followed the same path in 1966, when the French president Charles de Gaulle decided to withdraw from the integrated military command but France remained a political member of NATO. Today, this kind of ‘half-alliance’ option seems the most feasible scenario for Turkey. Furthermore, this solution of the Turkish crisis has the least detrimental implications compared with other possible options. As a half-member of NATO, Turkey would have an impact on the Alliance’s political decisions; however, in the same time Ankara would not have to follow any technical obligations or military limitations, for instance, in the field of defence procurement. Moreover, the Turkish government could rejoin the NATO military command and thus become a full-member at any time which could be a convenient option for Ankara in its strategic game with the third parties, such as Russia. Even though the Alliance would have to face certain difficulties related to the existence of an ‘unwanted’ member, the political situation would be clear and the military planning would not require the Turkish involvement. This solution also provides NATO with flexibility in terms of decision-making procedures regarding crucial defence issues that could be no longer blocked by Turkey. It is worth noting that NATO had operated effectively without the French involvement for more than 40 years; therefore, it seems reasonable to assume that a ‘half-alliance’ with Turkey would not hinder NATO’s major objectives.

The next scenario assumes a complete withdrawal of Turkey from NATO.[viii] The first option to consider is a sudden, unplanned withdrawal as part of direct political and strategic confrontation of Ankara with the US and other former allies. Simultaneously, Turkey would seek a rapprochement with Moscow which could be deeply interested in offering political and strategic (economic and military) gains to have Turkey on its side. Nonetheless, it would not be the best option for Ankara given that the difficult relations with NATO members would be replaced with equally difficult relations with Moscow, whose interests are very often in contradiction to Ankara’s interests.[ix] Due to the aforementioned political nuances, a sudden shift to Russia and open confrontation with NATO seem rather unlikely.

However, Turkey’s withdrawal from the Alliance can be also based on a deliberate decision to assert itself as a regional power over the long run and balance global interests of the West (the United States, NATO, the European Union) and the East (Russia and China) in the region. From the NATO perspective, Turkey could become a ‘strategic rival’. Ankara could perceive China’s path to the position of a global power as an approach that could be also implemented on a regional scale. Turkey could also attempt to extend its political influence and, perhaps, join BRICS in the future.

1. The Turkish crisis seems to be one of the major factors shaping the future Euro-Atlantic security environment. Apparently, the dispute has reached its apogee and it will be very difficult to relieve the current tension and put back the relations between Turkey and the West, including NATO, on the right track.

2. Turkey is very likely to remain an ‘uncertain’ member state of NATO which may eventually lead to further deterioration of relations with other allies and the perception of Ankara as an ‘unwanted’ member of the Alliance.

3. Possibly, Turkey may suspend its membership in NATO military command which could potentially lead to the full withdrawal from the Alliance in the long run, which is more likely than changing its current political course and becoming a full member once again. On the other hand, Turkey may be interested in using its geopolitical position and becoming a regional power capable of balancing interests of other powerful states along the border of the Euro-Atlantic and Asian regions.

[iv] A. Beyoghlow, Turkey and the United States on the Brink: Implications for NATO and the US-Turkish Strategic and Military Partnership, Strategic Studies Institute And U.S. Army War College Press, January 2020, https://publications.armywarcollege.edu/pubs/3721.pdf, (Access: 1.01.2020)