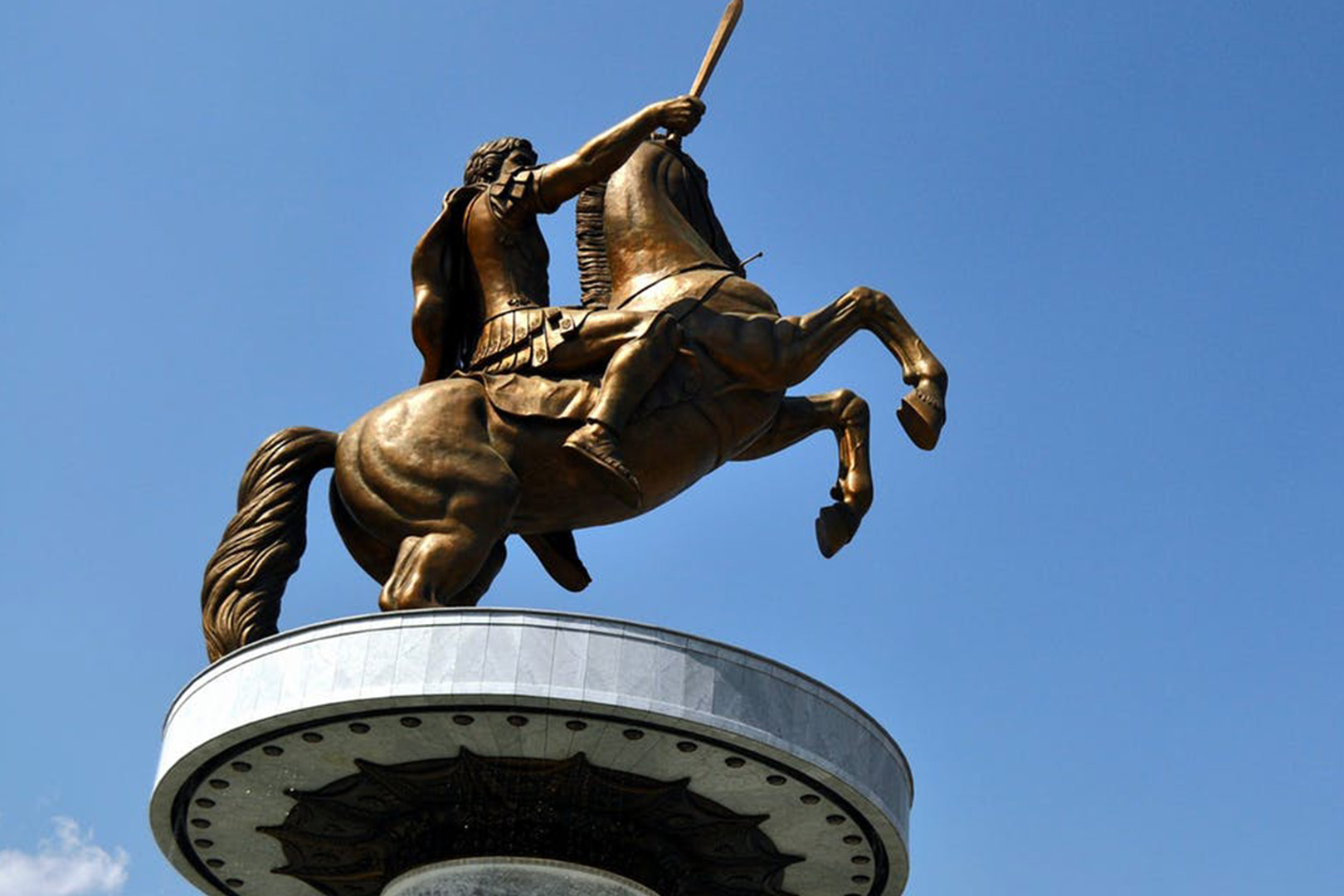 In early 2018, both the Greek and Macedonian governments have signalled their commitment to bring a swift resolution to the over 20 yearlong quarrel between these two states, regarding the naming of the state of Macedonia. Macedonian Prime Minister Zoran Zaev has stated, that the dispute may be resolved in the first half of 2018.

The Greek-Macedonian crisis has been going on since 1991, when Macedonia declared independence in the aftermath of the dissolution of the SFR Yugoslavia. Soon after Greece has protested naming of the recently created state as Macedonia. Greece considers this name to be a part of its historic and national heritage, while also being wary of potential territorial claims the government in Skopje may lay to the Greek province of the same name. Athens have since only agreed on calling Macedonia by provisional name – the Former Yugoslav Republic of Macedonia (unofficially FYROM), which is to be used by the Macedonian government during official international meetings. That in turn allowed for Macedonian accession to the United Nations, but has by no means resolved the conflict with Greece, instead being only a temporary solution.

Since then, both states have engaged in drawn out negotiations, conducted under auspices of the UN. The chief mediator, Matthew Nimetz has been responsible for the process for years and, following his meeting with Greek diplomat Adamantios Vassilakis in December 2017 he announced, that the deal could be hammered out before July this year. This has been reaffirmed by the Macedonian Prime Minister who stated, that the agreement could be reached before July 2018.

There were numerous proposals of a new name of the Macedonian state, including: “Northern Macedonia”, “New Macedonia”, “Upper Macedonia”, or “Vardar Republic”. The Greek government supports a name composed of two words (with a geographic qualifier included), that would allow to distinguish a Greek province of Macedonia from the state which has its capital in Skopje.

For the past ten years (since 2006) a right wing VMRO-DPMNE (The Internal Macedonian Revolutionary Organization – Democratic Party for Macedonian National Unity) party was in control of Macedonia. It’s leader and Macedonian PM, Nikola Gruevski, hampered processes that would lead to the country’s integration with the EU and NATO, despite his campaign promises. It is worth noting, that Macedonia has been a candidate for joining the EU since 2005. Up until today however, it has failed to take a single step that would bring it closer to the Union. Gruevski also did not implement reforms needed to democratize Macedonia. What he did do is strengthen his position by fostering internal as well as external conflicts and divisions. Leaving office, he left Macedonian economy in shambles, marred by high unemployment, social friction (particularly noticeable in conflicts between Macedonians and Albanians), and poor relations with neighbouring states of Greece, Albania, Serbia and Bulgaria.

Gruievski’s policies, meant to strengthen Macedonian national identity have oftentimes caused tensions between Athens and Skopje.  The “Skopje 2014” urban architectural project could serve as a prime example of this. By implementing the policy of “antiquization”, Macedonian capital underwent a thorough change, which was meant to underscore the ancient cultural heritage of the Macedonians. A number of monuments were erected in the city, including that of Alexander of Macedon, with an airport, and the main highway also being given his name. Actions of the Macedonian authorities provoked an outrage among the Greeks, who pointed to the lack of goodwill on behalf of the Macedonians for normalisation of bilateral relations. As a result, the Greek government has repeatedly stated, that it will block any attempts at Macedonia joining either NATO or the EU, as long as the naming dispute is not resolved.

The new Macedonian government – a chance for a breakthrough?

In May 2017, a new Macedonian government was elected, led by Zoran Zaev, leader of the Macedonian Social Democratic Party – SDSM. The main objective of the current establishment is to speed up the process of Macedonia’s integration with the EU and NATO, as well as to stabilise internal situation, and improve relations with neighbouring states. In June 2017 a meeting of Greek and Macedonian Foreign Affairs Ministers was held. Attempting to signal his friendly intentions, Zaev made a clear break with policies of the previous government. Following his meeting with the Greek PM, Alexis Tsipras, which took place during the Davos World Economic Forum, Zaev vowed to rename the Skopje airport, as well as the country’s largest highway (from “Alexander the Great” to the “friendship” highway). On top of this, Macedonian PM has once again stated, that Macedonia has no territorial claims over any of the Greek territories.

Simultaneously, the current Macedonian PM has taken measures to improve relations with other neighbours. In August 2017, after nearly two decades of negotiations, Macedonia signed a friendship treaty with Bulgaria – a state that too has threatened using its veto powers against Skopje. Roughly at the same time, the head of Macedonian MOD underscored the necessity of strengthening relations with Albania during his visit in Tirana. Zaev was also the first Macedonian PM to visit Kosovo.

1. In recent months Greece and Macedonia have intensified their efforts aimed at resolving the naming dispute, which has been going on for over twenty years. Skopje and Athens indicate, that the process may be concluded in 2018, with both parties benefiting from resolving long lasting row, and resulting improvement in their bilateral relations. This will permit Macedonia to materialise its plans of a far reaching integration with the EU and NATO by removing the possibility of Greek veto. Greece will also benefit, in political and economic terms alike, from a rapprochement with its northern neighbour, while the Greek PM, Alexis Tsipras will be validated as a firm leader, who strives to become a stabilizing force in the Balkans.

2. Election of a new government in Skopje has positively affected the process of improving the previously tense relations between Macedonia and Greece. New Macedonian prime minister, Zoran Zaev, has set himself the goal of fast-tracking integration with the EU and NATO, which is possible not only due to implementing necessary domestic reforms, but also by bettering relations with neighbours.

3. Negotiations on the naming dispute should be finalised this year, as there are elections coming up in both countries (parliamentary in Greece, and presidential in Macedonia, both in 2019). It therefore could be assumed, that neither the Macedonian nor Greek governments will risk losing votes by making decisions that could end up being detrimental to the negotiation process.

4. The challenge for the Macedonian government remains to persuade the public to accept a compromise – no matter what it may be. Albanians living in Macedonia are a group that is the most supportive of a quick resolution that would lead to accelerating integrative processes with the EU and NATO. Macedonians on the other hand are well aware of concessions that have already been granted. Under the Greek pressure, Macedonia has altered the design of its flag, and changed its constitution. If the government in Skopje decides to organise a referendum on the issue of a compromise with Athens, it will have to be preceded by a broad information campaign and a national debate.

5. The European Union should support these two states in their efforts aimed at resolving their long standing conflict. Greece and Macedonia reaching an agreement will contribute to stabilising the region which is still ripe in unresolved disputes (Croatia and Slovenia, Serbia and Kosovo, Kosovo and Montenegro). Skopje and Athens could become a role model for other Balkan states entangled in different conflicts.

ANALYSIS: The Nord Stream 2: the geopolitical dimension and possible influence of the U.S. sanctions on the project