ANALYSIS: Macedonia With a New Government - The End of the Crisis 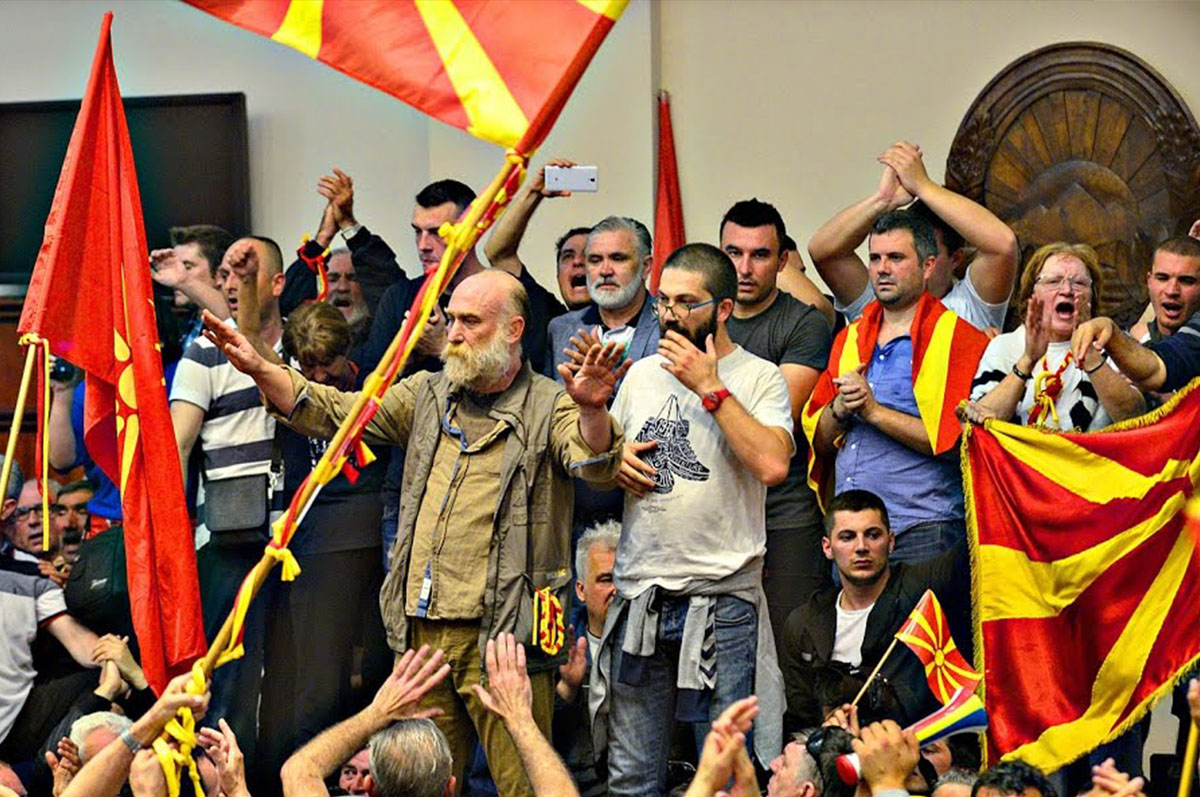 ANALYSIS: Macedonia With a New Government – The End of the Crisis

After nearly six months since the parliamentary elections on the 11th of December 2016, Macedonians have a new government led by Zoran Zaev, the leader of the largest opposition party. He succeeded in forming the government after reaching a coalition agreement with the Albanian political party, and the Democratic Union for Integration (BDI), which had thus far been partnering the VMRO-DPMNE (the Internal Macedonian Revolutionary Organization-Democratic Party for Macedonian National Unity), the group that had governed Macedonia uninterruptedly since 2006. However, the new government has many challenges to face moving forward, with reunifying their fragmented society being one of the most difficult and important tasks.

The creation of a new governing body means the end of the crisis, which the country found itself in after its previous parliamentary elections in 2014. The Social Democratic Union of Macedonia (SDSM), led by Zaev, had not recognized those election results in 2014, claiming that they had been forged. Thus the party consistently boycotted the parliament’s actions. It should be emphasized that during the election, the party came second with 26.2 % of the vote. Furthermore, in February 2015 the SDSM leader unveiled recordings embarrassing the government at the time. These recordings revealed that, among other things, the government had been illegally monitoring its citizens. Only in July of 2015, with the participation of the European Union, was an agreement reached (the Przino Agreement), which assumed the appointment of a special prosecutor’s office to investigate the wiretapping scandal and the organizing of the election in April of 2016. Despite the resignation of Prime Minister Nikola Gruevski and the establishment of a transitional government headed by Emil Dimitriev (VMRO-DPMNE Secretary General), the planned elections were cancelled. The reasons for the cancellation of the elections was due to the failure to reform the electoral law, that would make the media independent from the government, along with the inability to separate the activities of the current governing body from those carried out by the political party. The date of the next election was therefore postponed to the 5th of June 2016. In the meantime, there was another crisis when Macedonian President, George Ivanov, decided to pardon all those people who were being prosecuted or suspected of being involved in the illegal surveillance scandal. This action provoked an outcry among the public, causing mass protests that eventually led to demands for the resignation of the president. Given the situation in the country, no party other than the ruling VMRO-DPMNE was going to take part in the planned elections. Eventually, the Constitutional Court declared that the April dissolution of parliament was unconstitutional and therefore cancelled the June elections.  It was not until July, following mediation with the participation of both the EU and the US, that the next parliamentary elections were held on the 11th of December 2016 (see Table 1).

Table 1. Results of the parliamentary elections in Macedonia (December 2016)

In those elections, VMRO-DPMNE won again, but it did not manage to get the majority to govern on its own. Also, BDI, the VMRO-DPMNE coalition partner since 2008, did not agree to re-establish a joint government. Instead, the party supported the SDSM, which presented the president with a proposal to formulate a government under the leadership of its leader Zaev. President Ivanov did not agree to this scenario, arguing that the coalition would lead to the breakup of the state. Finally, after further EU involvement in the Macedonian conflict, the new government was sworn in on the 31st of May 2017. The new governing body encompassed  three groups: SDSM, BDI, and Alliance for Albanians (AA). 62 MPs out of the 120 seats in the Macedonian Parliament voted for its appointment. Against were 44, while 5 BESA deputies abstained. The second largest Albanian party currently sitting in the parliament has announced that it would support the government in fundamental reforms for the country.

The new governing coalition consists of 26 members, of which eight are Albanians (6 from BDI, and 2 from AA). It is worth mentioning that as a result of an earlier agreement, an Albanian, Arben Xhaferi, was elected as the chairman of the parliament for the first time in the history of independent Macedonia.

Three priorities for the new government

Prime Minister Zaev pointed out in his speech three priorities for his new administration. They are:

Undoubtedly, the acceleration of Euro-Atlantic integration is one of the primary objectives of the new government. Macedonia was the first Western Balkan state to sign the ‘Stabilization and Association Agreement’ (SAA) in 2001. Four years later, it became a candidate for EU membership, and in 2009 the European Commission announced a recommendation to begin accession negotiations with that country. However, they have not started yet. The Greek issue concerning the name of the country remains a fundamental problem. The termination of this bilateral conflict over a name is crucial for accelerating Macedonia’s integration with both the EU and NATO. A positive signal from the authorities in Skopje should be the statement issued by the new foreign minister of this country, Nikola Dimitrov, who said that the Macedonian authorities are considering a change of name. He also gave an assurance that Macedonians themselves will decide whether to approve it or reject it in a national referendum.

The new Prime Minister of Macedonia has also announced many in-depth reforms in the country that will bring the nation closer to the EU. First and foremost, they are meant to strengthen the democratization of the state, the rule of law, the fight against corruption and organized crime, the strengthening of political dialogue with the opposition, the de-politicization of justice, and the enhancement of freedom of speech and freedom of the media. The need for in-depth reforms in these areas has been highlighted in this year’s Freedom House report (see Table 2).

Table 2. Quality of Macedonian democracy according to Freedom House indicators (2006-2017)

In Macedonia corruption remains a major problem. It largely affects the economic development of the country. According to Transparency International’s Corruption Perception Index (CPI), published in 2016, the country is ranked 90th out of 176 countries. Compared to 2015, it dropped by as many as 24 places. Of the remaining Balkan countries, Kosovo was the only state found with only slightly worse results – 95th place.

Macedonia’s economy is also not one of the most developed. See, for instance, the deficit in foreign trade. The plan of the previous government brought no successful economic results here. It was based on the government’s support for foreign direct investment, such as through the use of tax relief and customs facilitation for companies deciding to set up factories in special economic zones. Only about 20,000 new jobs were created instead of the expected 60,000.

1. The establishment of a new government led by Zoran Zaev as Prime Minister marked the end of the political crisis in Macedonia lasting since 2015. The change of government gives hope that a country increasingly isolated in recent years will start to stabilize. The former government focused mainly on strengthening its power and not reforming the country. The new administration faces a significant amount of challenges in both domestic and foreign policy.

2. The improvement of Macedonian-Albanian relations remains one of the main internal problems for the coalition of Socialists and Albanian political parties. The Albanian minority, which accounts for about a quarter of all Macedonian citizens, has argued for years that they do not feel as if it was contributing to the shape of the country.

3. The mass emigration of a young, educated generation has been an increasing problem in Macedonia, especially considering the small size of the state. The new government must focus on the country’s development plan to attract new foreign investors who will create new jobs, which in the long run will inhibit, to a certain extent, the brain drain.

4. The European Union should actively support the new government, which has declared its willingness to introduce significant reforms to accelerate Euro-Atlantic integration. It is therefore imperative to bear in mind the fact that the EU is promoting an open-door policy. Should the accession criteria be met, the country will be invited to join. The Macedonians must be convinced that EU membership is a real possibility for their country and not an impossible goal.

6. Poland should also strengthen economic relations with Macedonia. Co-operation in the mining and energy sectors is possible. Moreover, with the acceleration of the integration process with the EU, Macedonia will also need advice on the use of EU funds moving forward.