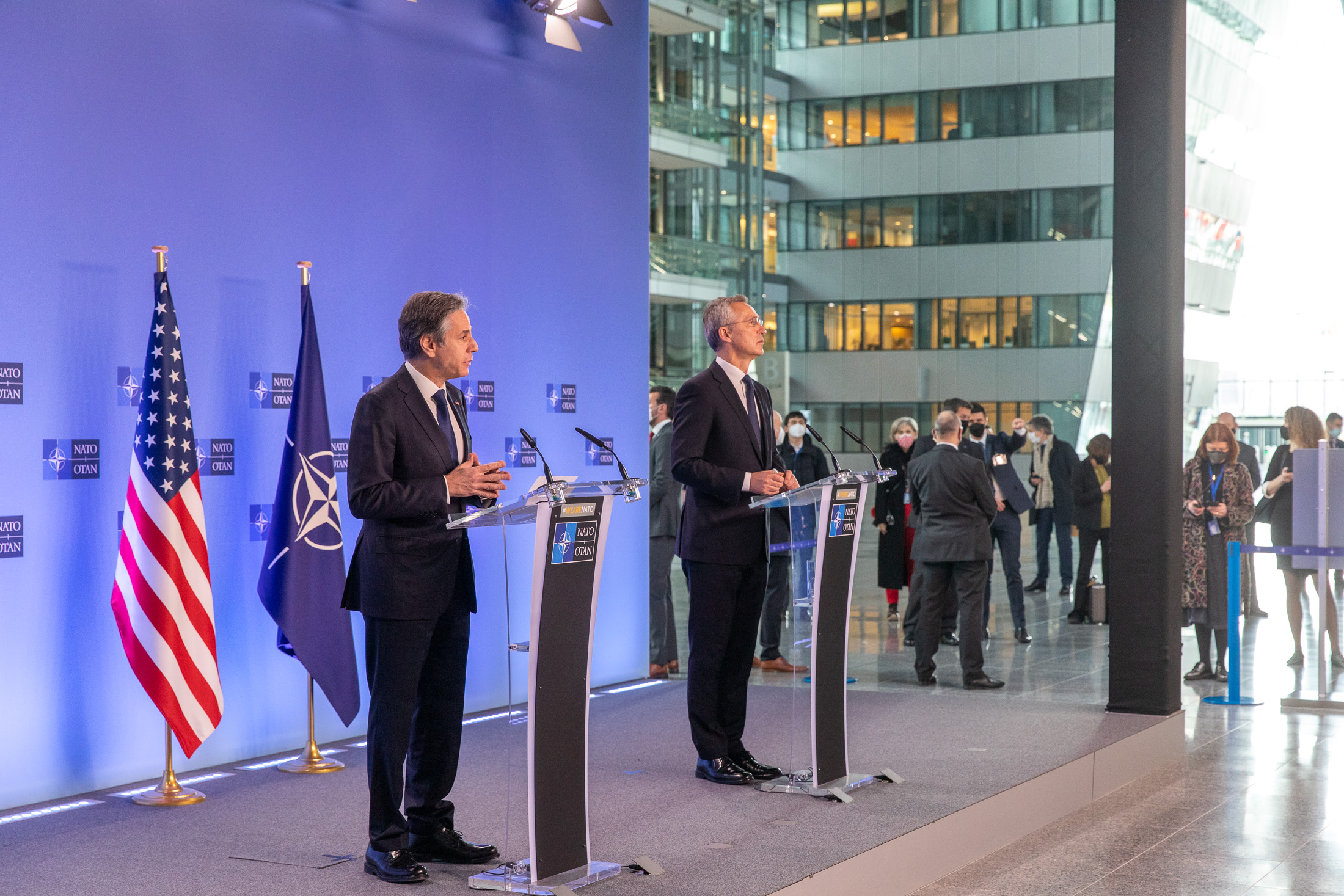 Recent meetings and decisions taken by NATO and European institutions have provided more reasons for optimism for those who care about the condition of the Transatlantic community of states. The new US administration is walking the walk. It is methodically outlining its key strategies and reinvigorating alliances and partnerships. This is hugely important because there is no time to waste, as both Russia and China are openly challenging the West and its values.

In February 2020, the annual Munich Security Conference, bringing together key decision-makers from both sides of the Atlantic, pushed a debate towards a somewhat defeatist slogan “Westlesness in the West: what are we defending?” The organizers clearly wanted to pass judgment on the Trump administration, seen as responsible for deterioration of trust among allies and friends. Thus, we could read reports and hear debates in the opulent Bayerischer Hof Hotel bemoaning uncertainty about the future and destiny of the West and its withdrawal as a regulatory actor.

This year’s online edition had a different flavour, warmly welcoming the address by the new US President Joe Biden. The tone was more upbeat, even if the two top European participants – Chancellor Merkel and President Macron – did not fully pick up the cooperative cues from the White House.

But the week staring the 22nd of March saw developments proving that the American leadership can change the mood, influence the policies and generally inspire greater Western unity. What were the key highlights?

The benefits of pulling together could be seen, when the European Union announced on 22nd March sanctions against human rights violations and abuses in different parts of the world. These sanctions, like the ones targeting Russia and China, had been coordinated with US, Canada, UK and other non-EU partners. This sent a strong message of international solidarity to autocratic regimes. Coordination helped to augment the bite of sanctions. It also sent those with the guilty conscience scurrying for cover – thus generating a sorry spectacle of Russian and Chinese foreign ministers attempting to present themselves as champions of democracy and international law in their joint statement. Once Beijing lost its nerve and tried to bully independent experts and politicians with personal counter-sanctions, the result was a closing of ranks among governments and civil society.

On 25 March President Biden became the first US leader since President Obama in 2011 to address the EU summit (via a video connection). The main conclusion of that interaction was a joint determination to ensure that it will be democracies and not autocracies setting international rules. Washington’s backing for strategic partnership with Europe was also on display few days later, when the White House announced an invitation to the climate change summit to be held next month.

The first face-to-face foreign ministers’ meeting at NATO in Brussels for over a year was also used to reinvigorate the Alliance and boost confidence of the West. Antony J. Blinken, the new US Secretary of State, chose the NATO HQ’s open space of Agora as a venue (rather than a confined space of a conference room) to deliver his pitch. In his impassioned address he named three key threats to NATO – military, non-military and global crises; and presented three required responses – recommitment to alliances, their modernization and weaving together of broader coalitions of allies and partners. The latter include countries – such as Australia or Japan; institutions – especially the European Union; as well as private sector, civil society, philanthropies, cities and universities. Crucially, Blinken broadened a definition of collective response by referring to coercion – coercion against one should be treated as coercion against all.[1]

If anyone doubted the degree with which this vision is shared by other Allies one could simply read the statement issued by all 30 NATO ministers. It matches both the analysis and prescription outlined by the United States. It pulls no punches when it comes to criticising “Russia’s aggressive actions” and points to a broader threat from “assertive and authoritarian powers.” The Alliance confirmed a determination to augment its collective capabilities, to raise resilience and respond to the malicious use of new technologies.[2]

One can doubt that these events were indeed of such significance, but there are some points that are needed to be raised in this context.

First, words do matter. This is how concrete policies are chiselled out, you need a meeting of minds first and you have to nurture trust among your allies and partners. And the basis for this is an agreed analysis of challenges and responses to them. We will have the NATO summit later this year and many other gatherings where specific results will be delivered. But a joint vision has to be the foundation.

Second, actions are already following words. The EU has just allocated around 5 billion euros in a form of an off-budget fund for its missions and operations as part of the European Peace Facility project. NATO is conducting an ambitious programme of demanding military exercises and broadening its tool-box for addressing non-military hybrid threats. Individual countries – latest being the Netherlands – are investing significant resources into prepositioned stocks, thus improving further military mobility capacity. Both NATO and the EU are providing Covid assistance to many partners in need, including in the Western Balkans.

Third, openness to external partnerships and ideas is a huge asset. NATO ministers got Sweden and Finland involved in NATO discussions on Russia, they also focused on Afghanistan, the Middle East and North Africa – proving that Allies care about security and well-being of other regions. The White HouseouseHouse had preceded debates in Brussels with important engagements with democracies in  Indo-Pacific region (the Quad).

Fourth, in parallel with political gatherings independent expert community has produced a wealth of in-depth analysis and recommendations to help decision-makers on both sides of the Atlantic (e.g. on reform of internet to promote a democratic discourse[3] or on technological partnership between Europe and America).[4]

This positive week ended with a successful vaccination of international and national staffs at NATO HQ offered by Poland. Symbolically – what could be a more powerful sign of solidarity than a country struggling through a severe phase of Covid epidemic sharing its resources with Allies? Practically – ensuring that key personnel are ready to work is a big contribution to business continuity of NATO.

Summing-up: there are signs that the West is back, thanks largely to the return of the US leadership. The strengths of democracies are being mobilised and employed. The problems or even disagreements within our community will not disappear (vide the row over vaccine exports). But a more confident West will be better placed to deal with them.

[3] Story by Anne Applebaum and Peter Pomerantsev, “How to Put Out Democracy’s Dumpster Fire”, the Atlantic, April 2021 issue