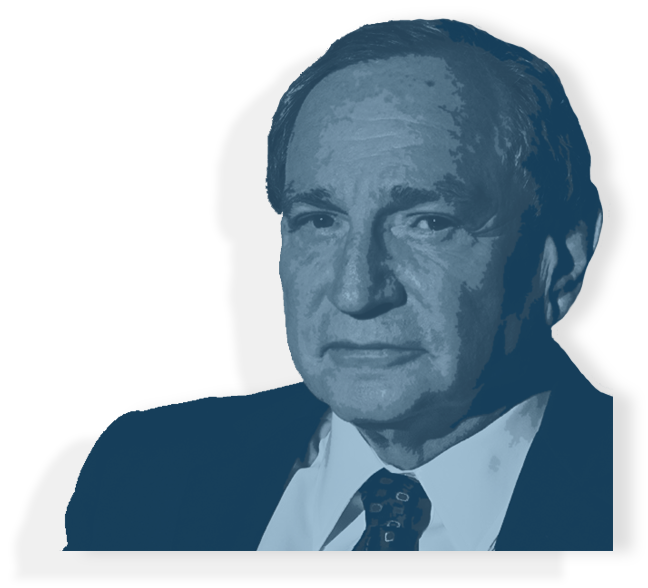 Only now is the full power of what started in 2008 being felt.

I have written in several places about a paradox. On the one hand, if you take a snapshot of the world every 20 years or so, the reality of how the world works and what matters will have shifted dramatically compared with the previous snapshot. On the other hand, at any point in time there is a general belief that the world as it is at this moment will remain in place for a long time. It is not just the public but also experts and those who govern who tend to fail to see how transitory the present reality is. As a result – and this is what makes it important – as the geopolitical system shifts, there is a tendency to see the shifts as transitory, a temporary disruption caused by unfortunate events, until they are well entrenched, and so we tend to align ourselves with the shift far too late.

Twenty years is an arbitrary time period, but historically it’s about the length of a human generation. The world changes radically in each generation, but the dates can vary. The last era began in 1991 and ended in 2008. Yet even now there are many who are waiting for the world of 1991 to return. More important, only now is the full power of what started in 2008 being felt.

Life After the Cold War

Consider how the world changed in 1991. The Soviet Union collapsed, and it was assumed that the rump state, Russia, was no longer a significant factor in how the world worked. Europe signed the Maastricht Treaty, which was seriously and reasonably believed to be the preface for the creation of a United States of Europe. The United States led a vast coalition of nations against Iraq’s occupation of Kuwait, defeating Iraq with few dissenting voices. China had adopted capitalism and begun its historic economic surge; it seemed an unstoppable train headed toward liberal democracy. Japan, the previous economic miracle that would never end, was in the midst of its transformative economic crisis. With the Cold War over, the U.S. was the only global power, and the world was reshaping itself in the American image.

The world was filled with the promise that the horrors and dangers of the 20th century were behind us. And for a time, that appeared to be the case. The first sign that the world was not quite as it seemed came in 2001, when operatives of al-Qaida attacked the United States, and the United States struck out at the Islamic world.

That era hung on for a few more years, until two events a few weeks apart finally broke it. On Aug. 8, 2008, Russia and Georgia went to war, putting to rest the idea that Russia had fallen into permanent, shabby irrelevance, or that conventional warfare was obsolete. Then on Sept. 15, 2008, Lehman Brothers collapsed, wrecking the illusion that the global economy could only go up. In the span of just over five weeks, the core assumptions of the era began to change.

Russia was no longer a superpower, but it was certainly still a regional power. It still had a sphere of influence beyond its borders, and it would protect its interests by force. The empire the czars had created would not go quietly into that good night.

The core weakness of the European Union was revealed: It was not a nation-state but merely a treaty joined into by sovereign states whose leaders were elected by their citizens and whose loyalty was to their voters, not to Brussels. The EU was a perfectly designed instrument for economic success, but it could not cope with economic dysfunction because economic pain did not distribute itself neatly over the bloc’s vast geography. Each member state increasingly pursued its own interests and frequently found the EU a hindrance rather than a help. 2008 was the high point of Europe.

China found in 2008 that an economy built on exports was not in its hands but in the hands of its customers. The economic stagnation that followed transformed China from a powerful engine pouring goods out to eager customers to a nation scrambling to put out financial fires, fantasizing about endless roads and artificial intelligence, all while turning into a dictatorship that would likely define it for the next era. Japan, rather than descend into disaster, used its social solidarity to weather its crisis by accepting the idea that a declining population and stable growth lead to higher per capita income.

And the United States discovered that being astride the world was a prescription for stumbling and falling. The war against jihadism would not end; the Russians would not accept their place in the world order; the Chinese would be less an economic problem than a potential military one; and the Europeans would be self-absorbed and provincial, as would be expected from their position. The United States realized that it was not ready, institutionally or psychologically, to manage the power it had acquired, and it could not delegate.

The world in 2008, some 17 years after the last era had begun, did not resemble what most people expected. For a long time – for some even today – there was the expectation that the post-Cold War world (as good a name as there is for what began in 1991) was the norm, and but for someone’s bungling we would still be there and certainly would return to it. But eras come and go, and the world of 2008 will be in place well into the 2020s.

After 10 years, its outline is already clear. It is a time of economic dysfunction, defined by slow growth and unequal distribution of wealth, leading to domestic political tension and deep international friction. Countries will be focused on their own problems, and those problems will create trouble abroad. It is a world that is best described as parochial, tense and angry. There are worse things that it can be. But much depends on how rapidly the United States matures into its role as the single-most powerful country in the world. Likely the emergence of the U.S. from its internal rages will be the major feature of the next era.

Twenty years means nothing in history, but it means everything in our lives, so our tendency to convince ourselves of the permanence of the present era is understandable. But history didn’t end in 1991, and it didn’t end in 2008. For better or worse, this too shall pass.

Author: George Friedman, founder and chairman of the Geopolitical Futures

In keeping with our recent announcement, we now begin our republishing cooperation with the Geopolitical Futures. Starting this week, we will be republishing GPF articles every two weeks in the Commentaries section of the Casimir Pulaski Foundation web page. This article was originally published on the GeopoliticalFutures.com website, on February 27 2018