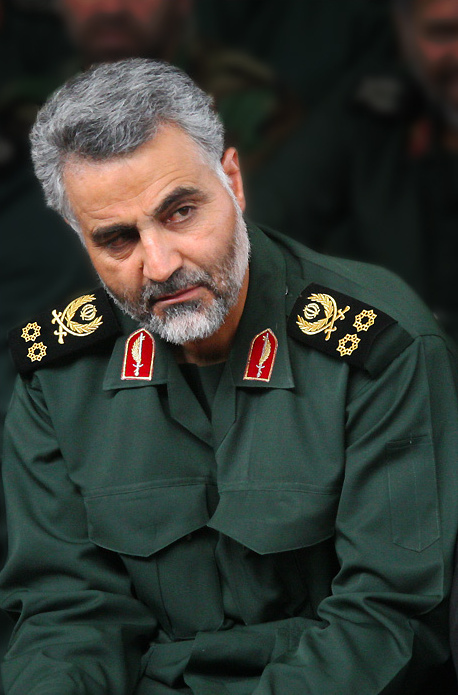 On January 3, 2020, news agencies around the world reported that a convoy of cars had been attacked by an American unmanned aerial vehicle (UAV) near Baghdad International Airport. As it turned out, the drone strike killed Qasem Soleimani (commander of the elite Quds Force) and Abu Mahdi al-Muhandis (commander of Iraqi Kataib Hezbollah militia) along with five other officers. Leaders of the Islamic Republic of Iran promised retaliation to avenge the death of their general. Their first decision, however, was to announce three days of mourning and call for an extraordinary meeting of the Supreme National Security Council, which was chaired for the first time by Supreme Leader of Iran Ali Khamenei. The US government urged American citizens to leave the region.

President Trump’s stance on Iran has been considered hard-line and provocative. On the other hand, the leaders of Iran tend to be more active and aggressive in terms of undermining the US interests in the Middle East, what results in more severe internal situation in Iran. Under these circumstances, the dispute between the two countries could escalate even further. It seems that the death of the Iranian commander has brought the region to the edge of an armed conflict that could have the most detrimental impact on the Middle East in its history. Although it is very difficult to predict when and how Tehran can retaliate, there is no doubt that Iran will respond sooner or later given the importance of General Soleimani in the Iranian establishment, his role in foreign affairs, and even his personal popularity. Iranian politicians claimed that the retaliation will be ‘adequate’ which raises questions whether this hypothetical response can lead to direct military confrontation between the United States and Iran inspired by Soleimani’s martyrdom. Being aware of the US superiority over the Iranian military, Trump could intentionally provoke Tehran to fan the flames of tensions between the countries. Certainly, Iran has no chance to succeed in military conflict against the United States; the very conflict, however, could have detrimental regional and worldwide implications and, probably, would last much longer than conflicts in neighbouring Iraq and Afghanistan.

The logic behind Trump’s decision and its implications

To evaluate the motivation behind Soleimani’s assassination it is worth noting that Iran is the only contender of the US politics in the region. The elimination of Soleimani is a sign that the United States pursues its interests in the Middle East at any cost. It seems also reasonable to claim that the operation against the Iranian general was part of Trump’s re-election effort. In this case, Trump’s attempts to ‘make America great again’ are supposed to justify the elimination of a politician and a military figure, who had played an important role in undermining the US influence in the region and contributed to establishment of a web of American enemies in the Middle East. General Soleimani has become a living legend and a symbol, although he did consider himself a common Iranian soldier. Objectively speaking, Soleimani was a brilliant strategist and a commander whose personal involvement on the front lines and attempts to replace Pax Americana with the vision of Pax Iranica were highly esteemed by the Iranian armed forces and Tehran’s allies. Soleimani was also the architect of Iran’s foreign policy in the Middle East and had achieved a plethora of successes in this field in Afghanistan, Iraq, Syria, and Yemen. In the region, Soleimani is known as an enemy of the Islamic State (ISIS) and Al-Qaeda rather than a person affiliated with terrorist organisations. The death of Soleimani is definitely a grievous loss for Iran’s military operational command, foreign policy as well as regional diplomacy. Unofficially, Iran’s leadership perceived general Soleimani as the most prominent policy maker in the field of foreign affairs whose clout exceeded the influence of Iranian president Hassan Rouhani and foreign minister Mohammad Javad Zarif. Furthermore, it is claimed that all Iranian ambassadors in Middle Eastern countries are closely affiliated with Soleimani’s Quds Force.

According to Donald Trump, the elimination of Soleimani is the end of Iranian control over all non-Iranian Shia militias in the region. The killing of Soleimani was a risky move for the United States given that Iran perceived it as a deliberately provocative action. The history of US-Iran relations is full of provocations and retaliations. From the US point of view, Qasem Soleimani was personally responsible for most retaliations against the US policies in the past. On the other hand, Soleimani’s assassination should not be seen as a disgraceful failure of the Iranian intelligence services or humiliation of the Iranian leadership. Despite that his death drove the Iranian nation to despair, the incident can trigger the government to consolidate power and to unite the Iranian society, including those groups that remain sceptical about the regime’s policies. Therefore, contrary to the claims of Western experts, the consolidation of the Iranian society around Soleimani’s myth as a defender of Islam can be even far more important than the consolidation of power in the hands of hard-line followers of Ali Khamenei.

There are also other consequences of Soleimani’s assassination that ought to be taken into consideration. Soleimani was not only a living symbol of courage and a steadfast revolutionary but also served as a commander of the elite of Iranian military and intelligence forces. It is worth emphasising that Al-Quds, as a unit of the Islamic Revolutionary Guard Corps (IRGC), is specialised in covert operations and has contacts across the Middle East. Therefore, any possible retaliation can target both American citizens (particularly US diplomats and soldiers) and US allies in the region. The governments of Israel and Saudi Arabia reacted immediately to Iran’s threats and implemented strict security measures.

The US strike in Baghdad had a direct impact on the global economy. Stock prices of American arms and oil companies soared after Soleimani’s assassination; in the Middle East, however, this information sparked fear of another war. The current turmoil can potentially lead to further destabilisation throughout the Middle East. Iran is the most populous country in the region which means that the escalating conflict between the United States and Iran could be another source of the refugee crisis in the European Union and elsewhere. Even though a military conflict in the Middle East would have a negligible impact on Europe’s security, the US stance on Iran can have other devastating implications for Iran and the American allies alike. Recently, the economic interests of the European Union have been affected by the unilateral US withdrawal from the Joint Comprehensive Plan of Action (JCPOA). Currently, the United States can further deteriorate the refugee crisis in Southern and Western Europe by escalating the conflict with Iran.

In this context, it is also worth noting that China, Iran, and Russia held their first joint naval manoeuvres in December 2019. Despite that Iranian news agencies reported that event as another step to build an anti-American coalition, both Moscow and Beijing have remained restrained as far as the assassination of Soleimani is concerned and it seems very unlikely that China and Russia could change their current stance. Moreover, Moscow could probably be the only effective mediator that could break the deadlock between Washington and Tehran although Russia’s hypothetical participation in the talks would not be welcomed by the United States and the West (the Russian government also does not seem interested in mediation between the two countries). Despite the claims of Trump’s administration that the United States is willing to maintain peace and stability and perceives Soleimani’s assassination as a measure to achieve this goal, the consequences of the US operation in Iraq could certainly lead to war.

Even though the United States remains a key ally of Poland, the recent events as well as the policy of the US administration ought to be carefully analysed by the Polish government. Warsaw should not strengthen the alliance with the United States at any cost. It is worth noting that Poland and Iran share a long history of peaceful relations.

1. The tensions following the assassination of Qasem Soleimani and Abu Mahdi al-Muhandis are likely to escalate further and embrace other countries in the region, especially Iraq.

2. Saudi Arabia, the US ally in the region, can expect further strikes launched from Yemeni territory.

3. Shiite groups will possibly intensify their operations in Lebanon and continue to attack Israel from Palestinian territory.

4. A further escalation of the conflict between the United States and Iran could lead to a full scale war that would have grievous consequences for Europe including further aggravation of the refugee crisis.

5. The US response to operations conducted by Iran and Iran-supported Shiite militias could bring about another war in the region and distract the US attention from other strategically important regions. Such a scenario could give Russia and China more room to manoeuvre given that both countries are in a relatively advantageous position in the case of the US-Iran clash.