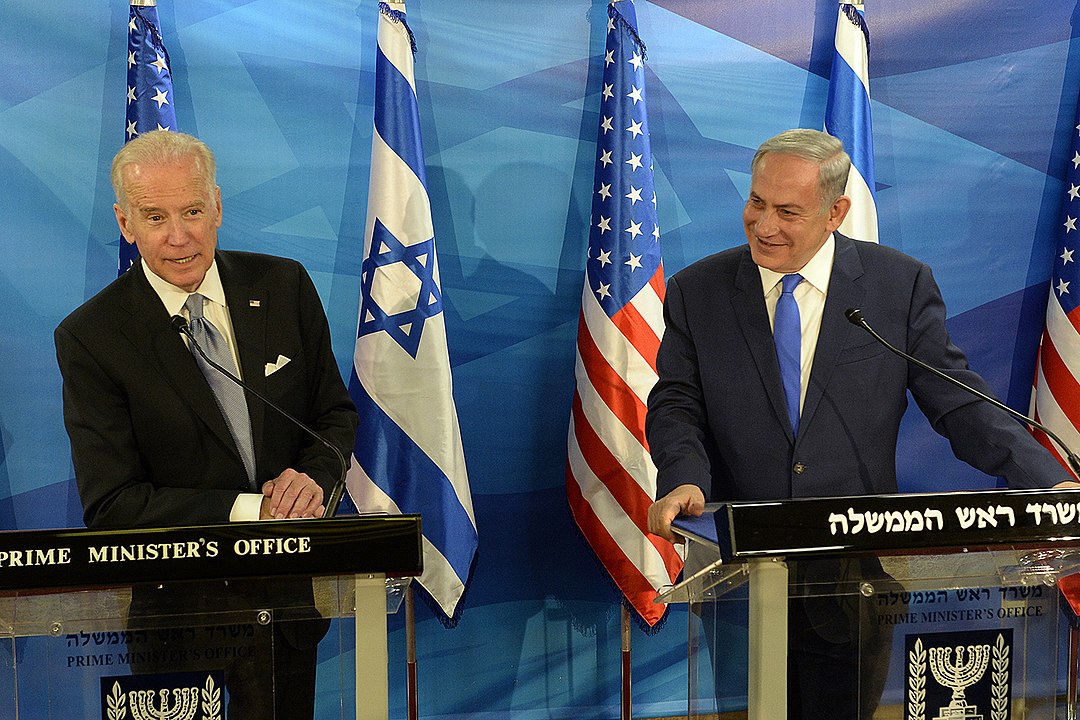 The announcement of the Israel-United Arab Emirates normalisation agreement in mid-August 2020 and the so-called Abraham Accords between Israel and Bahrain in mid-September have given a fresh impetus to the political dynamics in the Middle East. Undoubtedly, the agreement between the three states⁠—which was formally signed in Washington, D.C. on September 15, 2020⁠—will pave the way for significant changes in the region. In the near future, it will turn out whether the deal will bring peace and stability or will lead to further destabilisation and another regional conflict. The international community cautiously welcomed the agreement between the former enemies, considering the deal as an opportunity to normalise complex political relations in the region. However, the negative perception of the agreement prevails in Tehran, Ankara, Ramallah, and Gaza, since their foreign policy is still firmly based on the anti-Israel rhetoric. The pact between the three nations marked the end of unity in the Arab (and Muslim) world as far as the relations with Israel are concerned. The first cracks in the Arab coalition appeared in 1978 as a result of Egypt-Israel peace treaty, which was followed by the 1994 agreement between Israel and Jordan. The deal with the United Arab Emirates and Bahrain is even more significant given that both monarchies are among the most conservative Arab states, and whose traditionalist approach to Islam have a considerable impact on social policies as well as internal and foreign affairs. Therefore, the decision of the two countries has been criticised across the region and condemned as an act of betrayal of the Arab world and Islam for the sake of short-term gains and interests.

The establishment of political, economic, and social relations between Tel Aviv, Amman, and Abu Dhabi is mainly linked to the diplomatic efforts of the US administration that managed to initiate and coordinate the said peace talks. The rapprochement, however, would not have been possible without favourable strategic environment in the Middle East. The political situation in the region has evolved significantly since the early 2000s. The growing strategic importance of the Islamic Republic of Iran raises serious concerns in the region due to uncertainty surrounding Tehran’s nuclear programme, modernisation of Iran’s ballistic missile arsenal, as well as development of asymmetric warfare capabilities of the Islamic Revolutionary Guards Corps Navy (Pasdaran). Tehran’s aggressive foreign policy and its growing influence in Syria, Yemen, Iraq, Bahrain, Libya, and the Gaza Strip do not paint an optimistic picture either. Consequently, the Iranian threat has become the major motive behind the rapprochement between Israel and the Arab states of the Persian Gulf, except Qatar. Eventually, the common perception of the Iranian threat has turned into an unofficial union of strategic interests and political goals that resulted in intelligence cooperation between Israel and its informal Arab allies. The next step was the establishment of formal political relations; although the United Arab Emirates and Bahrain were the first Arab states in the region that signed a pact with Tel Aviv, a rumour has surfaced that Oman will be the next country to strike a deal with Israel. It is likely that Israel will also succeed in reaching agreements with other Muslim states beyond the Middle East, i.e. Chad and Sudan. There is no denying that Saudi Arabia has thoroughly approved the decisions made by the Arab states of the Persian Gulf. Riyadh, as an indisputable leader of the Arab states in the Gulf, has been cooperating with Tel Aviv to counter Iran’s influence in the region, despite the fact that Saudi Arabia has no official ties with Israel. Nevertheless, Riyadh had certainly given its Arab allies the green light to normalise relations with Israel.

Thanks to the agreement with the United Arab Emirates and Bahrain, Israel has strengthened its international legitimacy and strategic position in the complex and unfavourable political environment of the Middle East. The recent accord with the UAE and Bahrain, which are among the most prominent states in the Persian Gulf, is an opportunity for the Israeli government to become more politically, economically, and militarily influential in this part of the world. Therefore, the deal has a positive impact on the security of the Jewish state, especially in the context of the threat from Iran and its allies in the region. The pact with Israel is also strategically beneficial for the Arab states of the Persian Gulf, which can now position themselves as rational and pragmatic countries that are free from ideological prejudice. Bahrain and the United Arab Emirates turned out to be players able to overcome stereotypes that used to determine open hostility towards Israel, despite the fact that such stance was against their own strategic interests. The deal also provides them with new tools and opportunities when it comes to dealing with Iran and its regional proxies.

There is no denying that the Israel-Bahrain-UAE accord is disadvantageous to the Palestinians and their cause. Since the Israeli Declaration of Independence in 1948, the Palestinian cause has been an ideological and political foundation of Arab and Muslim hostility towards Israel. The breakaway of Bahrain and the United Arab Emirates from the camp of ‘enemies of Israel’ indicates that the Palestinians and their issues are no longer a major factor shaping Arab states’ foreign policy. Therefore, it is not surprising that both Ramallah (which is dominated by the Palestine Liberation Organisation) and Gaza (controlled by Hamas) have condemned the Israeli-Arab normalisation agreement. The Palestinians are aware that the deal will undermine their position in the region and lessen the chances of establishing an independent state with Jerusalem as its capital.

However, the Palestinian cause may find additional support in Iran and Turkey, given that both states aspire to become regional powers and share a common perception that the Israeli-Arab deal is against their interests. Ankara and Tehran conduct aggressive foreign policy; nevertheless, it is worth noting that Iran’s stance is based on radical religious doctrine, whereas Turkey leans toward historical revisionism and neo-ottoman expansionism. Therefore, open hostility toward Israel and support for all political organisations whose goal is to destroy the Jewish state play an important role in the political strategy of both Turkey and Iran. However, the ‘betrayal’ of Bahrain and the United Arab Emirates is still a severe blow to the Iranian-Turkish narrative of the Muslim unity in the fight against Israel to reconquer Jerusalem for the Palestinians. Therefore, it seems certain that Turkey and Iran will intensify their efforts to support their ‘Palestinian brothers’ that were abandoned by the Arab allies. Such state of affairs could fan the flames of tensions with Israel and lead to further escalation of conflicts in Libya, Syria, Gaza, and the West Bank.

1. The establishment of political, economic, and social relations between Israel, the United Arab Emirates, and Bahrain is a success of the US diplomacy as well as the consequence of the rising power of the Islamic Republic of Iran, which raises serious concerns in the region.

2. Thanks to the agreements with the United Arab Emirates and Bahrain, Israel has strengthened its international legitimacy and strategic position in the complex and unfavourable political environment of the Middle East. The pact with Israel is also strategically beneficial for the Arab states of the Persian Gulf, which can position themselves as rational and pragmatic countries that are free from ideological prejudice.

3. The Palestinians, Turkey and Iran are undoubtedly the biggest losers of the Israel-UAE-Bahrain deal. Despite the differences between Ankara and Tehran, the two countries have similar long-term interests and therefore will tend to cooperate to achieve various short-term political goals, including the fight against Israel. The recent developments in the Middle East lead to further alienation and international isolation of Turkey and Iran. Consequently, both countries will attempt to conduct independent foreign policy to support their strategic interests in the region. Iran will certainly continue developing its Shiite anti-Israeli and anti-Saudi coalition involving all allies of Tehran: Bashar al-Assad’s regime in Syria; Shiite organisations in Iraq, Lebanon, and Yemen; as well as Hamas in the Gaza Strip. Turkey, on the other hand, will focus on developing relations with Qatar and Hamas and will continue to strengthen its position in Northern Syria and Libya. Undoubtedly, Ankara will seek new political, economic, and military opportunities to extend its influence across the region, e.g. by establishing new military bases in Libya, Sudan, Eritrea or Djibouti.

4. The future geopolitical environment in the Middle East will depend on the outcome of the hegemonic competition between the great powers. It is uncertain how the Russian administration will deal with the current state of affairs given that Moscow has good relations with Israel, Turkey, Iran, and a number of Arab states (including the Palestinians). Military escalation in the Middle East could provide Russia with an opportunity to act as a mediator that holds all the cards in the region.

PULASKI POLICY PAPER: S. Koziej – The motives and consequences of the reducing and repositioning of the US forces in Europe