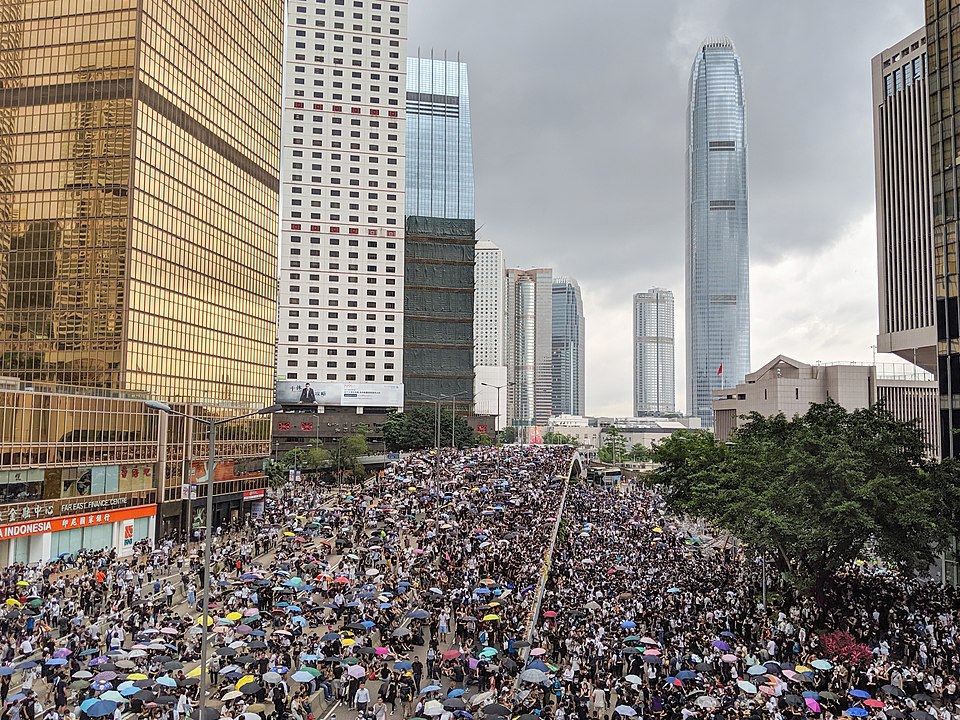 Hong Kong has drawn the world’s attention again as the European Parliament adopted a resolution on the violation of fundamental freedoms in the city on 20 January 2022. In the resolution, the EU lawmakers highlighted China’s numerous violations of the UN-listed, legally binding, 1984 Sino-British Joint Declaration by imposing an extraterritorial National Security Law (NSL) on Hong Kong and revamping the autonomous region’s electoral system. It has been the most strongly-worded resolution on Hong Kong’s status since the 2019 anti-extraction protests in the former British colony. This emergency debate of Hong Kong was the direct result of the 2021 Hong Kong Legislative Election which had a historic low turnout of 30%, leaving the rubber-stamp parliament with 99% Beijing loyalists.

The Chinese Communist Party has transformed Hong Kong from a struggling democracy to a consolidated authoritarian regime. The low turnout of Hong Kong’s Legislative Council (de-facto parliament) reflects Hongkongers’ protest against its regime. All high-profile pro-democracy figures are either disqualified, jailed or in-exile due to the local government’s political oppression. Given the provisions of the new ‘patriotic’ oath law, the new vetting committee has screened out most of the “unpatriotic” candidates so that there were only 153 candidates being eligible to run for 90 seats. With the new electoral system, 40 out of 90 seats are pre-occupied by the Beijing-loyalists. The same 1500-strong Election Committee which selected 40 pro-Beijing lawmakers in the legislature will also elect the Hong Kong Chief Executive (head of government and region) on 27th March 2022.

In 2021, the most prominent pro-democracy news outlets Apple Daily and Stand News were raided by the National Security Officers and had their staff members and senior editors charged with “conspiracy to publish seditious materials”. Few days after the closure of Stand News, the third most prominent online news outlet Citizen News ceased to operate due to the personal safety concerns of its staff members.

While members of the Estonian and Lithuanian parliaments have already called for a non-recognition of the 7th Hong Kong Legislative Council, the European Parliament struggles to convince the EU-27 to impose sanctions against Hong Kong and Chinese officials responsible for implementing the draconian NSL.

Within this context, it is in Polish interest to support the remaining independent journalists in Hong Kong, refuse to recognise the current legislature and consider the upcoming Hong Kong Chief Executive Election scheduled on 27th March 2022 as illegitimate.

Once crowned as the third most thriving international financial centre in the world after London and New York, Hong Kong thrived financially due to its independent judiciary, political stability and autonomous system free from Chinese interference. Now, with the establishment of the National Security Office, journalists could be legally liable for publishing financial news deemed as harming the reputation of Hong Kong and Chinese governments. If the European governments recognise the upcoming election as a legitimate one, the Chinese government will exploit Hong Kong’s de jure autonomous system to weaponize its business communities in Hong Kong in case of any Polish foreign policy orientation China dislikes. Considering the presence of Polish Chamber of Commerce in Hong Kong, the Polish incumbent and lawmakers are obliged to protect Polish business interest in Hong Kong by urging the Hong Kong government to guarantee legal certainty in the city.

Since the implementation of the Hong Kong NSL, the Chinese Special Administrative Region has become a trojan horse for China to intimate citizens of liberal democracies. In January, out of 53 pro-democracy figures arrested by the Hong Kong police, an American lawyer was also arrested for organising an unofficial primary election in 2020. At the same time, two Danish lawmakers helped Hong Kong ex-lawmaker Ted Hui to flee Hong Kong, and the Hong Kong police later threatened to arrest them by issuing arrest warrants.

As the Hong Kong government started to institutionalise the NSL gradually in all sectors, it has already enforced the film censorship law to ban films which are considered to be “threatening” to Chinese national security, and it has been calling for a “fake news” law to further tighten the remaining press freedom for local and foreign journalists residing Hong Kong.

Given the presence of over 76,000 EU citizens who visit Hong Kong annually, the extraterritorial application of the NSL and other provisions are directly threatening the European way of life from home to abroad. As a result, chilling effects are already observable among Europeans as they become less critical against Hong Kong and Chinese regimes to make sure they are still allowed to visit Hong Kong and mainland China.

Most importantly, given the above circumstances, putting pressure on Hong Kong’s newly formed authoritarian system is the best deterrence against China’s attempts to export its authoritarian system to European countries. In 2019, quite a number of European opinion leaders highlighted that Hong Kong was the last bastion of the Chinese territory. In fact, Hong Kong remains the last bastion of the free world to slow down China’s growing political and economic influence in liberal democracies.

As an EU Member State, Poland must be vocal on the preservation of Hong Kong’s autonomous system. Members of the Polish parliament Sejm must exhaust all parliamentary procedures to de-legitimize Hong Kong’s 7th Legislative Council: forming an informal Hong Kong friendship group to keep Hong Kong on its foreign policy agenda, tabling parliamentary questions to call for a robust internal review on Hong Kong’s autonomous status, and sponsoring resolutions on Hong Kong’s questionable electoral system and its ramifications for Poland. The Polish incumbent must invite its Baltic counterparts to make a joint statement to criticize the Hong Kong government for not defending its once democratic institution at the legislature. For Polish academia, more focuses on Hong Kong must be prioritised in Oriental Studies so that there will be more Hong Kong experts in Europe in the future. This is not just a fight for Hong Kong’s democracy, but Europe’s too.

The text represents author’s own views

Hong Kong has long been known as an international financial center which has significant economic and political influence at the global stage. As a de-facto city-state, Hong Kong has its own government, legislature and judiciary. Guaranteed by the UN-listed, legally binding Sino-British Joint Declaration signed in 1984, Hongkongers are supposed to enjoy ‘high degree of autonomy’ from the rest of China during 1997-2047.

Proposed by the former Chinese leader Deng Xiao Ping in 1978, “One Country, Two Systems” doctrine was meant to be an ideal formula for the CCP to convince Taiwan’s Nationalist Party for a “peaceful reunification” as China began its “Open Door” economic policy. To prove that the system would allow Taiwanese people to maintain their way of life, Hong Kong became the experimental territories to show that capitalism could thrive under Chinese Communist Party’s rule.

Since the colonial era, Hong Kong’s autonomous status started to emerge as Westminster was largely hands-off from the local government. After the transfer of sovereignty from Britain to China in 1997, Hong Kong’s official status as an independent customs territory separated from China was confirmed as it became a full member of the WTO. Within the provisions of the Basic Law, Hong Kong’s own constitution, the Special Administrative Region’s (SAR) government has the power to conclude free trade agreements with third countries directly.

Financially, the Hong Kong Monetary Authority, the city’s de-facto central bank, controls the monetary stability of the city’s official currency Hong Kong Dollar, which is pegged with the USD as an international currency recognized by the IMF. The city also serves as the biggest RMB offshore market in the world to liquidate the value of the Chinese currency.

While Hong Kong has no formal sovereignty, it is a sub-political entity which shares a physical border with mainland China and its migration department has the power to issue a HKSAR passport, an international travel document which allows its holder to have free-visa access or visa-on-arrival in 168 countries and territories.

Hong Kong’s special status also attracts 126 foreign official representations in the city. With 63 Consulates-General, 57 Honorary Consulates and six international bodies, Hong Kong is a strategic hub for intelligence gathering. Most international bodies in Hong Kong are related to financial and economic matters, including the Bank for International Settlements, Hague Conference on Private International Law, the World Bank and the IMF. Except the UN High Commissioner for Refugees, the EU Office to Hong Kong and Macao is a political body and has special diplomatic immunity due to its establishment before the 1997 handover. To facilitate EU-Hong Kong cooperation, there is an annual dialogue on predominantly financial and economic matters between the HKSAR government and EU Commissioners.