ANALIZA: The European Security Force – a step-by-step approach towards an European Army? 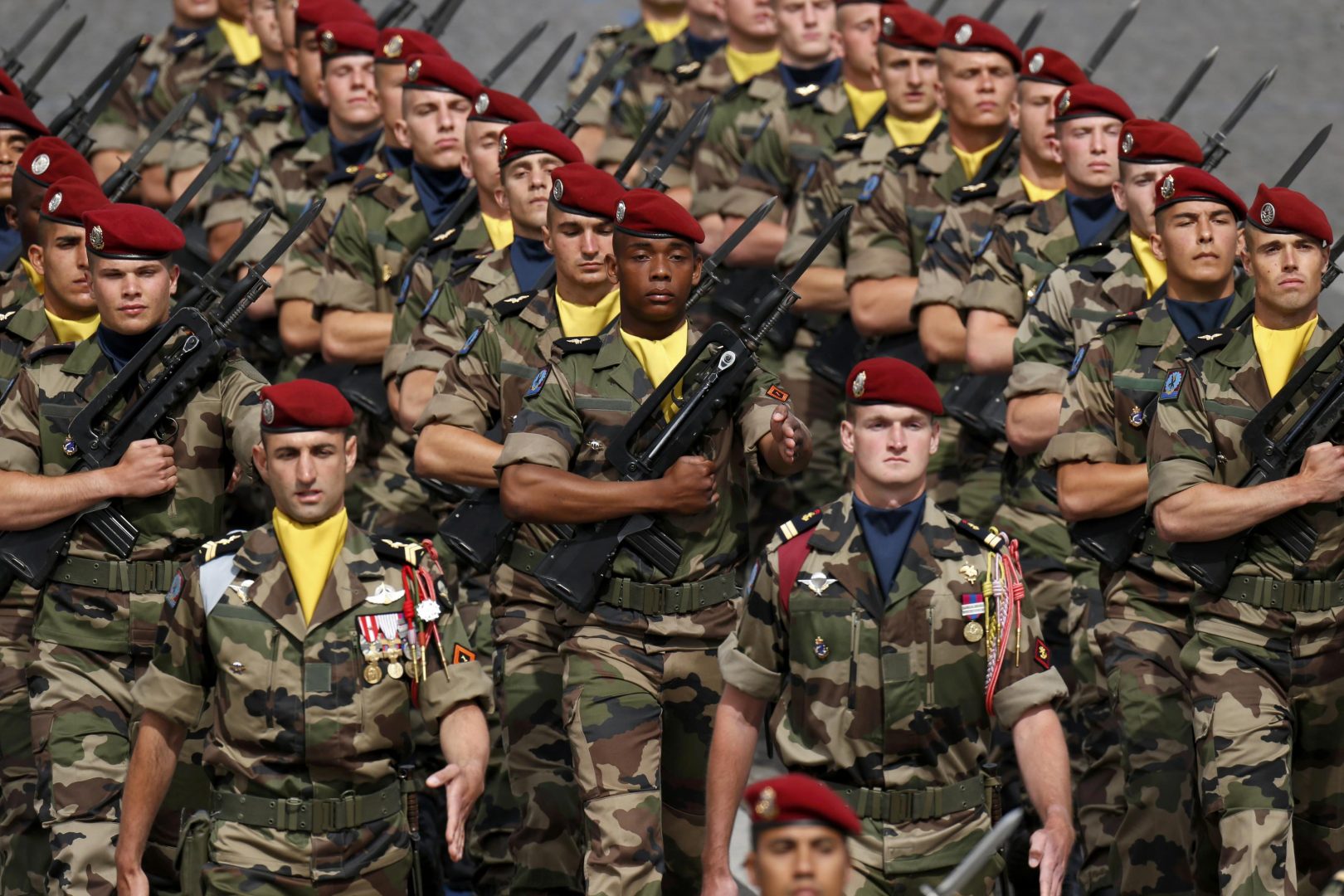 ANALIZA: The European Security Force – a step-by-step approach towards an European Army?

A time of crisis – a time of opportunity

The time for Europe to have greater ambition for its security and defence policy has come. Unsurprisingly – as with many major developments throughout the history of European integration – it appears at a moment of a prolonged political, economic and social crisis. Three curses cast a shadow on the future of the European Union project. The first curse relates to the breakdown of trust. Since the 2008 financial crisis, this collapse is seen on multitude of levels:  is its visible between the governments/elites and their constituencies/populations (Brexit), on government-to-government level (EU-Russia relations) and between states and institutions (Eurozone crisis, immigration crisis). Behind the breakdown is a slow deterioration of economic, social and hard security, felt by many European citizens – but also the elite’s disconnection from the majority of the population, giving grounds to a raise of populist, anti-systemic movements.

The second curse constitutes the  lack of a compelling positive narrative about the EU project. The successes of populist movements in Europe is a success of their clear and concise narrative. These movements position themselves as ones fighting on the side of prised values (independence, sovereignty, security from “the other” etc.), meeting no counter-narrative from the pro-EU camp. Neither the EU institutions nor the EU member states have taken on a serious attempt to create such counter-narrative or to orientate the discussion towards values and aspirations.

The third and final curse entails a lack of vision and leadership in the EU. The broader European project was initiated and later guided, and executed by capable leaders, who presented to its citizens a vision of a peaceful and united Europe. In the current context however there is a notable lack of visionary leadership on the EU level from the political elite. It is not yet clear how a “Better Europe” will address the growing fears and insecurities of European societies and how quickly a consensus will appear between Member States on the necessary reforms. More worryingly, national governments continue to take credit for EU successes, but play the “Brussels-blame game” when Europe struggles. The continent seems locked down in short-sighted politics, with no long-term plan.

Why Security is the answer?

To break the three formulas of misfortune, the European Union needs to start addressing the expectation-delivery gap which has been widening between Brussels and the bulk of European populations.  This is particularly important in the field of security and defence. In the years 2014-2017 the increased flow of migrants, growing threat of terrorist and cyber-attacks or the lack of a diplomatic solution to the conflicts in Syria and Ukraine, have all significantly raised citizens’ expectations regarding EU’s role in the world. As the latest Eurobarometer shows today over 75% of Europeans support a “common defence and security policy among EU member states”[i].

The first step to meet these expectations has been made. Already in 2015,  Heads of State and Government called for a new EU Global Strategy on Foreign and Security Policy (CFSP), for a renewed EU Internal Security Strategy, and for a more effective, visible and results-oriented Common Security and Defence Policy (CSDP)[ii]. A year later – in June 2016 – a  strategy for CFSP entitled  „Shared Vision, Common Action: A Stronger Europe” has been presented by the EU High Representative Federica Mogherini and later adopted by all EU Member States. By November 2016, 25 Member States decided to undertake a new form of CSDP enhanced cooperation. Known as PESCO, this permanent framework for closer cooperation is to become a structured process to gradually deepen defence cooperation within the European Union’s framework[iii]. Both these developments surely help to define the political level of ambition of the EU as a world actor. They are not however sufficient to formulate an attractive narrative in which the EU becomes a truly independent security actor. For this bigger ideas are needed and the European Security Force (ESF) – creating an acceptable framework which falls short from creating an European army – could surely be one.

What is the big idea?

To stir the imagination and raise the level of European ambitions, the EU Member States should push for the establishment of a European Security Force. The goal of such a new entity would be to strengthen EU’s capacities in the field of security, without infringing on the sovereignty of EU member states, while remain in sync with NATO capabilities. The step-by-step approach foresees creating operating units under joint-command in areas of cybersecurity, disinformation, coastguard and general representation of the EU as a security actor. The Pan-European Unit for Cyber Threats and Misinformation would deal with preventing cyberattacks on critical infrastructure of member states and with combatting disinformation spread by hostile states and terrorist groups. The Pan-European Coastguard would assist national coastguard units in dealing with illegal migration, human-trafficking and smuggling. A Joint EU Security Force Representation Office would serve as an information point on EU’s activities in the area of security and – alongside with the currently developed Military Planning and Conduct Capability – would represent the EU Security and Defence Community on various official occasions.

Why the European Security Force[iv]?

There are four key reasons why establishing a European Security Force should be prioritized in the upcoming years:

– Potential impact: there is an urgent need for the EU to step up and deliver in the field of security, in order for the organization to remain relevant and meet the needs of EU citizens. As there is neither an appetite nor need to compete with NATO in the area of territorial defence, the EU can be a smart and complementary actor in “softer dimensions” of hard security such as cyber, disinformation and coast-guarding/border-guarding. Such activities can significantly strengthen EU’s portfolio of a provider of security, outside from the traditional economic and soft power portfolio it has.

– Level of innovation: the idea of strengthening EU’s capacity in security and defence is by no means a new one. There exists a number of mechanism for closer cooperation under the CFSP framework, with the defence cooperation given more weight in the Lisbon treaty (mutual defence clause). Most activities however (including six EU military missions, plus 11 civilian operations) are ran under the national forces banner, with a small visibility of the EU as a security provider. With the three recent circles of crisis (Russia, migration, Brexit), accompanied by a loss of confidence in American leadership under Donald Trump, it is clear that the European Union needs to deliver more on the security arena. Ideas discussed so far include creating a common defence procurement and production policy in Europe, as well as a defence fund for cooperation on military research and development. The EU needs however to move beyond simple pooling of assets and joint operations, by creating real operational units on the cyber battlefield as well as on EU’s borders.

– Feasibility: The European Security Force enhances EU activities in the area closest to European citizens’ needs and concerns (tackling illegal migration, protecting elections from foreign interference and preventing other cybercrime activities); at the same time avoiding controversial operations which would risk lives of European soldiers. It combines the need to leave NATO’s territorial defence role intact, simultaneously creating a “European security identity” for its citizens. It is thus an easy political sell, which delivers solutions important for citizens, without infringing on the national character of traditional territorial defence activities.

– Pan-European nature: The European Security Force addresses the need of all EU member states for a joint response to common European security threats – especially those that prove impossible to solve at a national level. A step-by-step approach creates a framework for close cooperation with non-EU states (both NATO allies including the United Kingdom after Brexit and Neighbourhood countries, including for example Ukraine), not excluding any security actors which already play an important role on the continent.

How to implement ESF?

The implementation of the idea would largely rely on national level political willingness to cooperate on European level. It is thus critical to find 3-4 key Member States (for example Germany, France, Poland, the Netherlands, Sweden, Italy etc.) who would promote the idea and inspire the European Commission to propose a legal framework for the Pan-European Unit for Cyber Threats and Misinformation, a Pan-European Coastguard and a Joint European Security Force Representation Office. The effort should be driven by national ministries of defence and interior (cyber unit, coastguard unit), EU agencies  (including FRONTEX and in sync with existing or developed formats such as the Military Planning and Conduct Capability) and assisted by non-state stakeholders such as European think-tanks, which could expand some of the concepts to make them the most operational. The development of the idea should be done in consultation with NATO, in the framework of the joint agreement it has signed in 2016 with the European Union, finding areas of synergies between the two organizations. Finally, it is important to assure sound financing for the European Security Force. In 2016, the EU Member States’ combined defence budget was an impressive €227 billion – compared with the US budget of €545 billion[v]. As all NATO members are currently obliged to increase their defence spending up to 2% GDP by 2024, some of this funding could and should be appropriated to joint European units. This would benefit both the EU and NATO, addressing the sharp, steady decline in Europe’s capabilities and the lack of serious commitment to security and defence as often was the case in the past.

The European integration has developed over decades as an evolutionary process. It has been based on bold ideas, which allowed Member States to do more together, when faced with common challenges. In order to survive, the European Union cannot escape from the urgent need to become a coherent security actor – one which is internally resilience to external threats, but also capable of acting as a stabilizing force outside of its borders. The European Security Force represents an effort to further coordinate and centralize a field of activity so essential for the preservation of the EU project as a whole.

1. There is an urgent need for the EU to step up and deliver in the field of security, in order for the organization to remain relevant and meet the needs of EU citizens.

2. As there is neither an appetite or need to compete with NATO in the area of territorial defence, the EU can be a smart and complementary actor in “softer areas” of hard security such as cyber, disinformation and coast-guarding/border-guarding.

4. By stepping-up in a new role of a security provider – outside from its traditional economic and soft power portfolio – the EU is also giving grounds to the future development of an EU army.

[iv] The idea of European Security Forces – co-authored by Dr. Pisarska – has been developed within the World Economic Forum “New Concept for Europe” project and its details will also be published in the January 2018 WEF Report entitled “Renew Europe”.