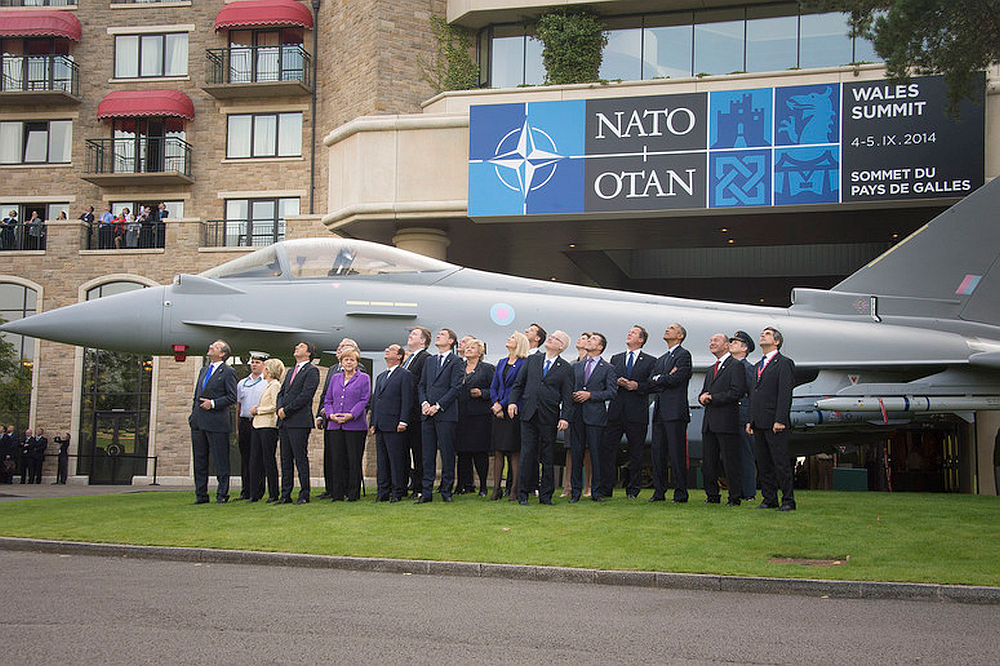 The NATO Summit in Newport, which took place on September 4-5, 2014, brought important decisions for Poland’s national security. The Alliance will strengthen its military presence on its eastern flank. In addition, the creation of the immediate reaction force (Very High Readiness Joint Task Force, VJTF) from NATO’s Response Force (NRF) will improve NATO’s ability to respond to crises. The summit has also served as the confirmation of the transatlantic bond. The member states have declared their will to gradually increase defense spending.

The results of the summit in Wales should be considered satisfactory. From the point of view of Poland’s security, the following issues are of vital importance:Russia’s hostile actions against Ukraine, altering the security environment in Europe, have caused the NATO Summit in Newport to become the most important event of this kind since Poland’s accession to NATO in 1999. The purpose of the summit was to develop NATO’s long-term response to the security threat from the east in the region of Central and Eastern Europe. This threat, in the opinion of the Polish government, is more permanent than incidental. In this context, Poland has sought, above all, to strengthen the strategic eastern flank of the Alliance and to adopt solutions which would advance NATO’s reaction mechanisms in crisis situations.

At the end of the summit President of Poland Bronisław Komorowski invited NATO leaders to the next meeting in 2016 in Poland. Significantly, the role of the host will help to shape the agenda and the course of the summit in accordance with Poland’s interests. This is particularly significant, because the meeting itself will be a good opportunity to review the implementation of the provisions agreed in Newport.

From the point of view of Polish security, the issue of Ukraine casts a single shadow on the summit in Newport. While at a meeting of the NATO-Ukraine Commission with the participation of Ukrainian President Petro Poroshenko, leaders expressed their full political support for the government in Kiev, this did not translate into strong practical action. Announcing the transfer of 15 million euros to support the reform of the Ukrainian army command, logistics, the fight against cyber-crime, help veterans and organize the joint exercises of NATO forces and Ukraine (September 13-26, 2014, in the western part of the country, with the participation of the U.S., Poland, UK, Canada, Germany, Latvia and Lithuania) will not improve the position of the authorities in Kiev in the face of Russia and the separatist forces it supports. It seems that the limited result of meetings with key leaders of the Western world in Newport has shown the President of Ukraine that the only way to end the conflict are political concessions to Russia.

The developments in Ukraine have clearly had an impact on Poland’s security. Poland as a NATO member is covered by guarantees. The decisions agreed at the summit in Newport, if they are properly implemented, are certain to lead to the strengthening of the deterrence of the Alliance. However, ambiguous threats still remain a challenge and in such situations it is much more difficult to achieve a consensus. Here we are talking about both qualifications of the problem (aggression/non-aggression) and the way of response. In such cases, the best guarantees of security are a country’s own defence capabilities.

In this context, after NATO Summit in Newport, Poland faces necessary tasks in the area of national security, both domestic and external.

The decisions of the Alliance should be primarily addressed in Poland’s strategic documents, which are currently being prepared. These include:

Further steps will involve working on the decision by the Polish president on determining the main directions of development of the Armed Forces and their preparations for the defence of the country for the years 2017-2026, and – on the basis of the decision – the Armed Forces Development Programme for the years 2017-2026. Following Poland’s Security Strategy, the Development Strategy for National Security System should also be updated. It should address the issue of the development of defence infrastructure in the context of the tasks arising from the so-called Host Nation Support (within NATO) and the consolidation of the defence industry and its sustainable integration into the structures of the European industry.

In 2015, key military tenders should be resolved, which will equip the Polish Armed Forces with new helicopters, submarines, and air defence capabilities, including missile defence. All these will serve as part of practical measures that would strengthen Poland’s resistance to aggression. Next steps should involve investments in broad reconnaissance and communications systems (including drones and satellite technology) and cyber defence. There are also plans to review and modernise the main and backup system of command of the state’s highest authorities. This involves the necessary purchase of aircraft for VIPs, which has been postponed for years. It will also require investments in defence infrastructure, and the priority here is – the development and modernization of those elements which role would be to receive possible support from the Alliance. The execution of these tasks will be possible thanks to the previously mentioned statutory increase in defence spending in 2016 (2 per cent of GDP). It should be noted that next year these expenses will de facto exceed 2.2 per cent of GDP (5.36 billion will be paid as part of the payment for F-16 multi-task aircraft). What is important, the Ministry of National Defence will allocate 25 per cent of the budget (8.24 billion) to technical modernization of the Polish Armed Forces.

NATO Summit in Newport also poses challenges for Poland’s international activity. The main task will be to provide efficient, comprehensive and independent of the current developments in Eastern Europe implementation of the decisions taken in Wales. NATO member states must be aware that the security crisis in the region is permanent, and not incidental. Poland must, therefore, convince its allies that NATO’s response to these changes should take place at the strategic level, not just tactical (as already observed). For this purpose it is necessary to identify groups of member states who define the tasks of collective defence in a similar manner to Poland. Differences of opinion on this issue within the Weimar Triangle should not be a surprise. Disturbing, however, is the decreasing coherence in the security policy among the Visegrad Group members, which has become apparent especially in the face of the Russian-Ukrainian conflict. For example, the Czech Republic excludes the presence of NATO forces on its territory, and the President Milos Zeman openly called on September 28, 2014, for lifting sanctions against Russia. Hungary suddenly ceased gas supplies to Ukraine on September 25. After the summit in Newport, it turned out however, that, in addition to the Baltic states (traditionally favourable to Poland), Romania has grown as Poland’s main ally in the region of Central and Eastern Europe. It is also important to underline that Great Britain and Canada have taken a favourable position as well. Moreover, the United States, following the outbreak of the conflict between Russia and Ukraine, was the first to demonstrate practical readiness to ensure the safety of the eastern flank of NATO.

Author: Przemysław Pacuła, Head of the International Analyses Division at the Strategic Analyses Department of the National Security Bureau