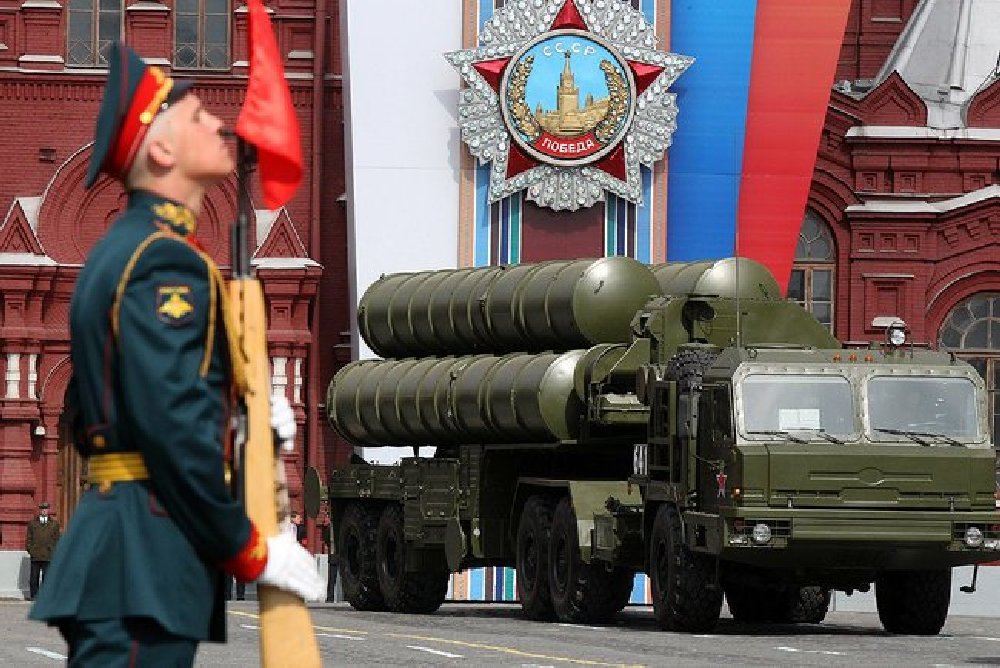 At the end of November 2016 reports appeared in Russian media about the deployment of K-300P Bastion-P system to Kaliningrad Oblast. If this information is confirmed, it will be yet another step taken in recent months which fits with the Russian strategy of deployment of measures within Anti-Access/Area Denial (A2AD) in key regions from the perspective of the security of NATO countries and operational capabilities of Allied Forces.

Russia has been increasingly using the A2AD measures. The goal of this concept is to prevent an opponent from entering into theater (Anti-Access) by means of long-range weapons, and deprive him of freedom of action in this theater (Area-Denial) by means of shorter-range tools. To carry out A2/AD tasks the entire range of missiles is used including surface-to-air missiles (SAM), anti-ship ballistic missiles (ASBM), cruise missiles (anti-ship cruise missile, ASCM), mines or drones. Such measures are asymmetric, and are often used by potentially weaker countries, which use the advantage resulting from the operation in the vicinity of their territory.

Russia has a whole catalog of A2AD measures, the most important of them include:

Bastion systems – K-300P Bastion-P (NATO: SS-C-5 Stooge), which was incorporated to the Russian Armed Forces in 2010, is a mobile coastal defense system produced by NPO Mashinostroenia. Its main task is to combat surface ships, including aircraft carriers approaching the coast. The battery consists of 1-2 command and control vehicles, 1 support, 4 loader vehicles and 4 launchers (each with 3 man crew) with 2 missiles on each. Launcher vehicles can be located at a distance of 25 km from command vehicle, and upon halting the system can be ready for use within approximately 5 minutes. The system is equipped with supersonic missiles P-800 Oniks / Jachont (NATO: SS-N-26 Strobile) with a 200-250 kg warhead moving at a speed of 2.5 Mach. Depending on the altitude, the missile range varies from 120 to 300 km. Importantly, the system also has the ability to destroy land targets.

Submarines are important elements that could prevent NATO forces operations in key basins. Russia systematically introduces new conventional submarines to the service. The Russian GPW 2020 is to provide the Black Sea Fleet with 6 conventional submarines – Project 636-M/636.3 Varshavyanka (NATO: Improved Kilo). The last one was delivered to the Russian Navy in November 2016. These ships have a capacity for destruction of land targets with Kalibr cruise missiles with a range of approximately 1500 km. The development of submarine forces and systems of coastal defense is a continuation of the strategy of ‘maritime bastion’ of the Cold War, i.e. the creation of strongly defended marine sites in the country’s coastal areas (with mines, coastal missile systems and carefully patrolled by fleets and submarines) to protect the fleet of strategic submarines.

Means of electronic warfare – the ability of the Russian A2AD also depends on the means of electronic warfare (WRE). Especially dangerous here are 1RŁ257 Krasucha-4 systems, which give the possibility of jamming radar signals (it can intercept and interfere with the signals emitted by reconnaissance satellite, early warning aircraft, drones and ground stations) and have a range of 150 to 300 kilometers. The system is likely to complement mobile stations – 1Ł269 Krasucha-2. The Krasucha system undergone trials in 2011, and a year later it was put into use. Among other Russian WRE systems there are 1L267 Moscow-1 and Borisoglebsk -2.

The efficiency of the Russian system is also determined by the doctrine and speed of decision-making processes. In this regard, Russia has the advantage due to the so-called escalation dominance, or ease of the rapid and efficient escalation of the conflict.

In the past few years, Russia has deployed A2AD resources in a number of regions. The most important from the point of view of NATO are:

In response to the shooting down by Turkey on 24 November 2015 of a Russian bomber Su-24M, the Kremlin decided to shift a set of its latest defense system, S-400 Triumf, to the Hmeymim air base near the port city of Latakia in Syria (located approximately 50 km from the borders of Turkey). Russia also moved to the coast of Syria its missile cruiser Moskva, armed with Fort antiaircraft systems (marine equivalent of the S-300). In addition, the Russian contingent, amounting to 31 combat aircraft (11 Su-24m2, 12 Su-25SM, 4 Su-30SM and four Su-34) and 10 combat helicopters (Mi-24/Mi-35), was reinforced by additional fighter-bombers (4 Su-34) and multirole fighter jets (Su-35S 4).

On March 14, 2016 President Putin announced the withdrawal from Syria of a substantial part of the Russian contingent (including approximately 60 airplanes and helicopters). Russia also announced that it would maintain the Tartus and Hmeymim bases, and more importantly, the S-400 would remain in Syria. This confirms suspicions that Russia’s actions in this country are not a direct response to the growing tension in the region, but also part of a broader strategy aimed at limiting the freedom of action of NATO countries in strategic regions. The S-400, located in Latakia base, has within its reach not only a large part of Syria, but also Turkey’s strategically important Incirlik base, which conducts operations against the so-called Islamic state (U.S. B-61 nuclear bombs are located there within NATO nuclear sharing).

For Kremlin, Russia’s deteriorating relations with the countries of NATO and the European Union justifies the expansion of military capabilities in the region of Kaliningrad. In the region, located between Poland and Lithuania, the 336th Guards Marine Brigade under Baltic Fleet Command is currently deployed as well as the 79th Guards Motorized Rifle Brigade under the Western Military District and the 7th Guards Motor Rifle Regiment (Kaliningrad).

A strong air component is also under the jurisdiction of the Baltic Fleet. The main units here are the 689th Independent Fighter Aviation Regiment (base in Chkalovsk, with Su-27) and the 4th Independent Naval Assault Aviation Regiment (Chernyakovsk Air Base with Su-24). The 152nd Guards Missile Brigade, at Chernyakovsk Air Base, has a high offensive potential in the Kaliningrad region. It is equipped with Tochka-U missile systems (range up to 120 km) and Tochka-M (185 km). In the two squadrons there are three batteries in each  (12 launchers in total – each battery has two launchers). In Kaliningrad the 244th Artillery Brigade is also stationed with 2A36 Hyacinth B-caliber 152 mm with a range of up to 33 km and BM-21 launchers. 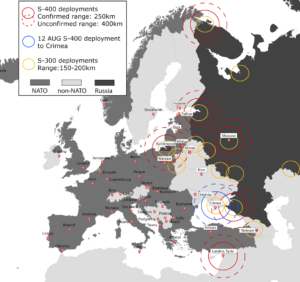 From the point of view of A2AD capabilities, a major role is played by the 3rd Aerospace Defense Brigade in Kaliningrad. Two air defense regiments, equipped with S-300, are subject to the command of the brigade: the 183th from Gvardeysk and the 1545th from Znamiensk. In the first one there is one squadron of S-400 Triumf (the system’s range covers a large part of Poland, Lithuania and Baltic Sea, which could significantly hamper NATO aviation operations in the event of a conflict with Russia). The 22nd Independent Air Defense Regiment in Kaliningrad is, in turn, equipped with Tor-M1 systems. From the point of view of NATO operation early-warning radar Voronezh-M is also significant.  It could detect objects at a distance of up to 6,000 km. In Baltijsk the 25th Coastal Air Defense Regiment is deployed (with three batteries of mobile missile sets of class water-water P-35 Redut, each is composed of three starting sets with vehicles with supersonic anti-aircraft missile P-35 with a range of about 250 km). On the other hand, the deployment of the Bastion would provide the 25th Regiment with the ability to combat land targets.

After the occupation of the Crimea and the illegal referendum in March 2014 where Russia annexed it to its territory, Russian forces have systematically deployed armaments to the peninsula. It has a strategic importance for Russia: in the event of a conflict, the distribution of the missile systems may block a large part of the Black Sea, preventing NATO forces operations. Russia quickly started to reorganize the units in the Crimea. The 128th Coastal Defense Brigade (based on the Ukrainian 36th Separate Coastal Defense Brigade in Pieriewalne in Crimea), was formed as well as the 501st Battalion of Marines in Theodosia (based on the Ukrainian 1st and 510th Marines Battalion) and the 10th Brigade of Naval Aviation of Ukraine in Saki was reformed into the 19th Brigade of Naval aviation of the Russian Black Sea Fleet. In Crimea the following units were established: the 12th (Sevastopol) and 18th (central part of Crimea) and the anti-missile regiment as well as two air regiments:  the 37th (mixed) and 38th (fighter) were deployed.

Within a few months 40 new military units appeared on the peninsula. Importantly, in the Crimea a series of A2AD systems have been installed, such as S-300PM, S-400 Triumf and Pancyr missile systems as well as Iskander. The K-300P Bastion-P has been significantly developed to increase coastal defense.

Russia has also developed its forces in the Arctic region. From the point of view of Moscow, this region is also of strategic importance for the country, when taking into consideration, for example, its great natural resources. Thus, two Arctic motorized rifle brigades were formed in Peczendze (the 200th) and Allakurtti (the 80th), and in 2014 Joint Strategic Command ‘North’ was created. In the region of the Kola Peninsula and the Barents Sea, the Pancyr systems and S-400 systems were deployed and airfields were prepared for fighter aircraft.

Policy of the new U.S. administration in the Middle East and the threats posed by Islamic extremism – a forecast