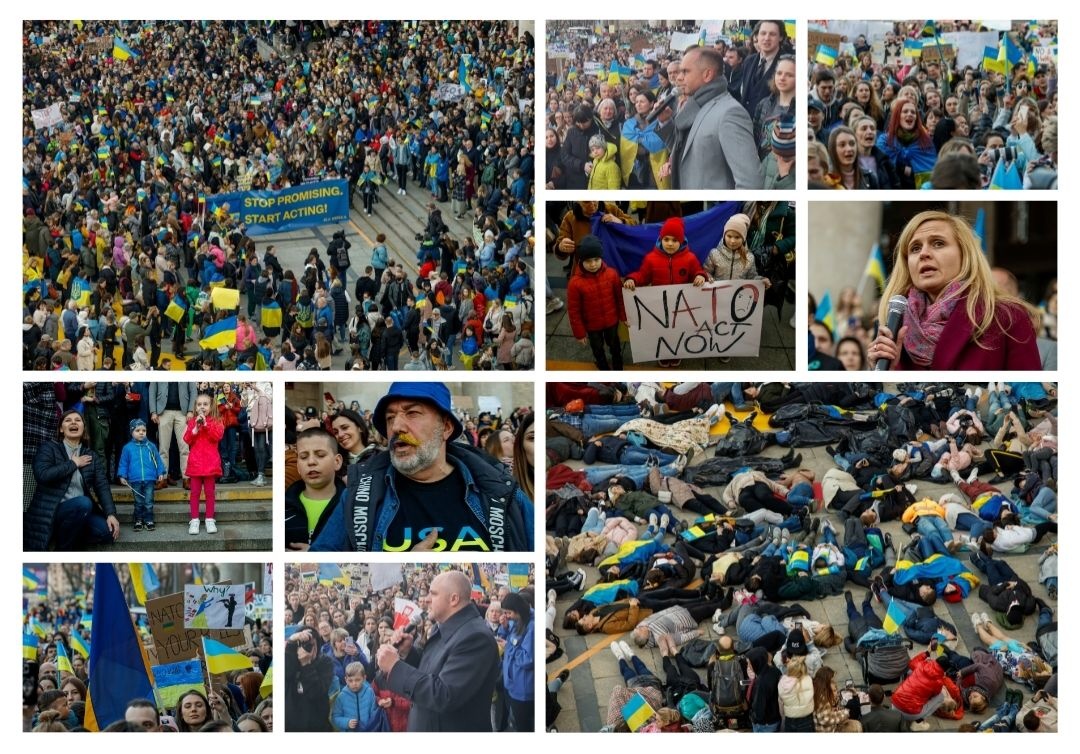 On Friday, March 25, the International Center for Ukrainian Victory in cooperation with the Casimir Pulaski Foundation organized a demonstration of four thousand people at the Palace of Culture and Science in Warsaw.

To emphasize the scale of the tragedy happening now in Ukraine, a flash mob was organized, during which thousands of participants lay on the ground covered with flags, blankets and plastic bags to imitate over 4,000 civilian victims of the Russian aggression. Due to incessant Russian bombings – in Mariupol and many other Ukrainian cities – bodies lie on the streets and cannot even be buried.

During the demonstration of solidarity with Ukraine, the organizers called for closing the skies over Ukraine and for quick deliveries of military equipment for the Ukrainian army to fight the Russian invaders off. Activists from Ukraine, including Hanna Hopko (former Chairman of the Foreign Affairs Committee of the Verhovna Rada), Daria Kaleniuk (Anticorruption Action Centre), MPs from the Polish Sejm – Paweł Kowal and Michał Szczerba spoke to the crowd. The Ukrainian national anthem was sung by Amelia Anisovych – a little girl who sang in a Kiev shelter in the first days of the war and also during the recent concert “Together with Ukraine”.

The strengthening of the Casimir Pulaski Foundation's Management.