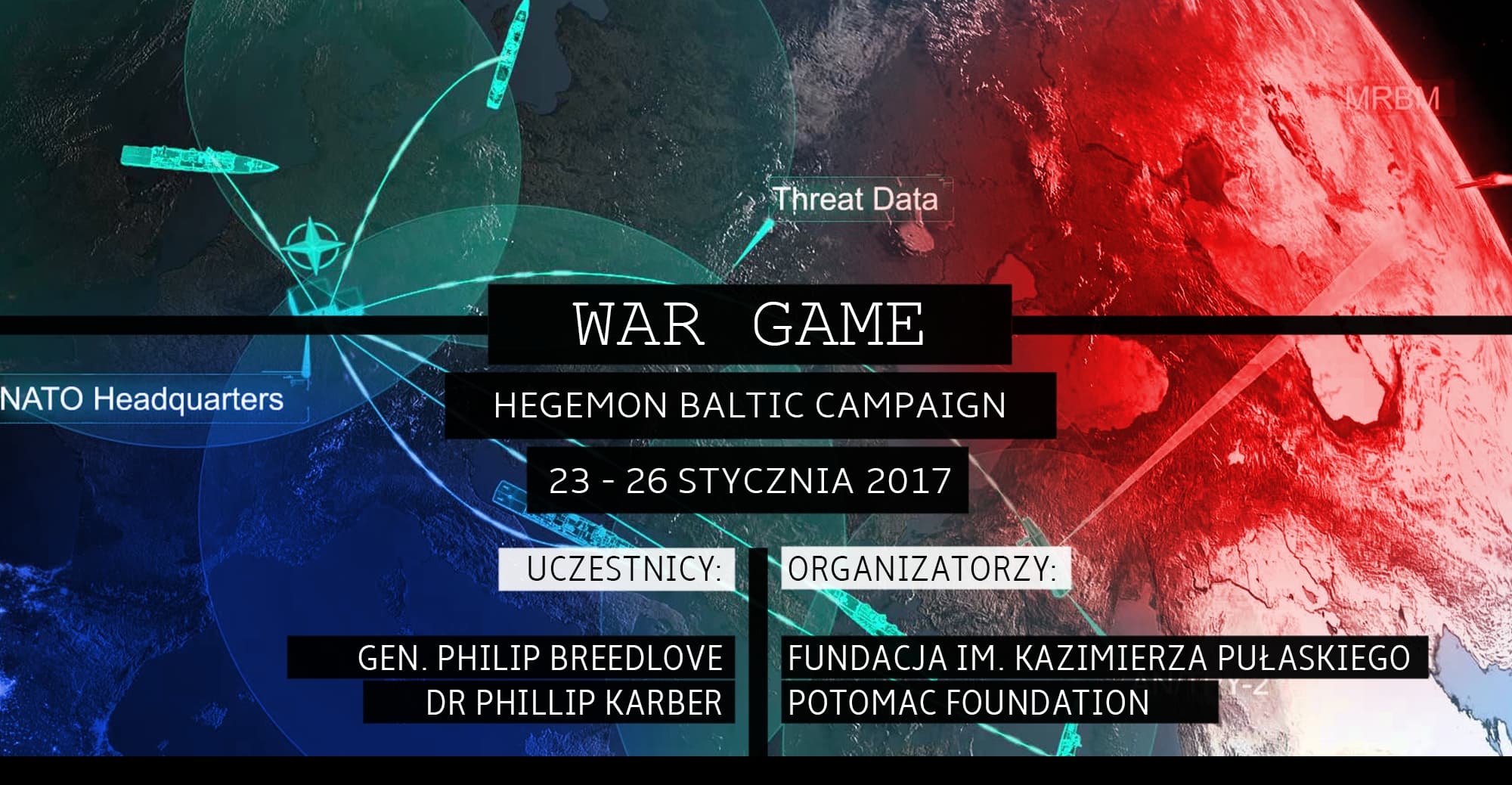 As a part of a newly launched Wargaming Studies and Simulations Programme at the Casimir Pulaski Foundation, the Foundation in cooperation with the Potomac Foundation, organises a war game based upon Potomac’s proprietary HEGEMON computer-based simulation platform. The event takes place from the 23rd to the 26th of January, 2017 in Warsaw.

Among the confirmed players are some notable personalities such as: gen. Philip Breedlove, a former commander of the NATO Forces in Europe, and dr Phillip Karber, the Potomac Foundation President and one of the most prominent experts in Russian Armed Forces, as well as Polish and foreign government representatives dealing with national security issues.

The HEGEMON Baltic Campaign game will be held at the National Stadium in Warsaw, where 2016 NATO Summit, from the 8th of July to 9th of July, took place last year.