ANALYSIS: Strategic findings from the „Zapad 2017” military exercises: Russia is constructing strategic “circuit breaker” in its neo-Cold War game with the West 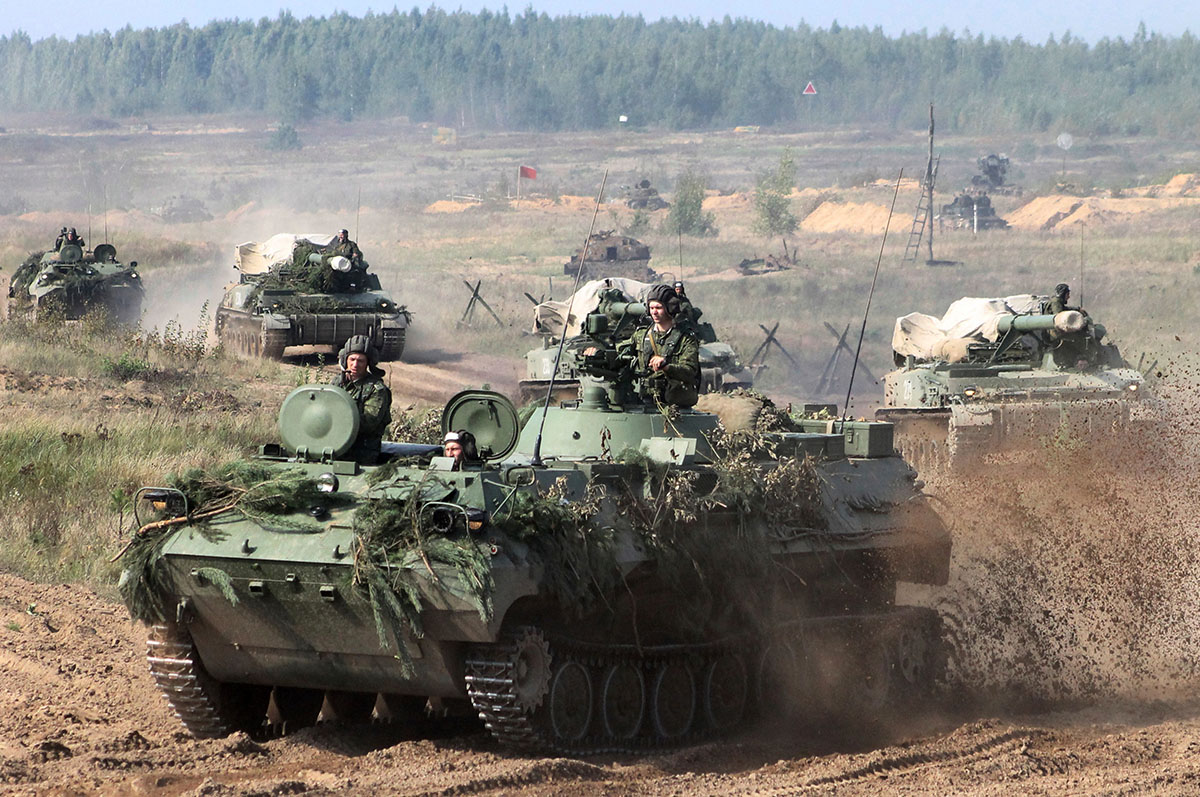 ANALYSIS: Strategic findings from the „Zapad 2017” military exercises: Russia is constructing strategic “circuit breaker” in its neo-Cold War game with the West

Russian military manoeuvres, such as the recent Zapad 2017 exercise are one of the important elements of Russia’s currently on-going “New Cold War” with the West, one that can be described as a hybrid. Judging from the current state of Russian politics and the direction its headed, it can be stipulated, that the basic, strategic goal of the Zapad exercises is for Russia to develop a conventional “circuit breaker” in case it decides to commence hybrid (either subliminal or limited) military operations in one of the countries that constitute NATO’s Eastern Flank, particularly the Baltic states. The starting point for the future analyses of the issue could be the novel – when compared to the classic Cold War scenario – scope and quality of diverse range of potential threats and new levels of escalation within the framework of the current hybrid Cold War with the West. 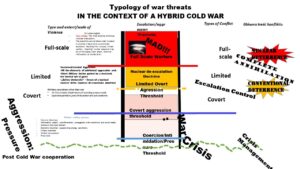 Needless to say Russia would want to emerge victorious, or at least not end up on the losing side of this engagement. The only realistic way of achieving this objective Cold War is by creating divisions within the Western alliance and by discrediting the NATO and EU security guarantees and mutual defence clauses. This could be achieved by ripping away one of the NATO or EU member states by means of some form of hybrid military action (either subliminal, covert, or if absolutely necessary overt military action, but one that would stop short of commencing full scale military conflagration with the West as a whole, which Russia would inevitably lose), running in parallel with instigating internal unrest leading to either a failed state scenario, or to significant change in leadership for a pro-Russian one. Baltic states are the most vulnerable when it comes to this form of pressure, due to their weak defensive position. NATO’s inability to defend those states would severely blemish its reputation and would likely significantly damage its strategic credibility as a defensive alliance.

Russia has developed a doctrine allowing it for targeting the West by utilising a broad toolset, including: exerting continuous political and strategic pressure (particularly in the sphere of information and cyber warfare), covert or perhaps overt, but limited, military action. This is enshrined in the „nuclear  conflict de-escalation” doctrine, which assumes, that limited, tactical scope nuclear strikes may either be threatened with, or used at a given stage of the hypothetical conflict against civilian or military targets (excluding military assets of other nuclear states). This would serve to warn the adversaries that the conflict is nearing the threshold of a full-blown nuclear confrontation. Consequently, the peace negotiations would recognize Russian territorial gains as fait accompli.

From the Russian perspective, this balancing on the verge of nuclear war, while acceptable is exceedingly risky. Even though Russia has a significant advantage in tactical nuclear weapons, the consequences of the scenario escalating into full scale nuclear exchange  would surpass the potential benefits resulting from conducting a military operation in the first place.

For that reason Russia has decided to develop an alternative, conventional mean of deterring or halting a military conflict from escalating. That circuit breaker is, essentially, the ability to quickly mobilise and concentrate large numbers of military assets in direct vicinity of NATO borders. This would constitute the safety net in case of a lower intensity hybrid warfare, short of military confrontation. This conventional circuit breaker is characterized by a significantly lower risk associated with its deployment than its nuclear counterpart. Zapad and other similar exercises are organized with this goal in mind.

Russia has been modernizing and expanding its Armed Forces for years. The first impulse came in the aftermath of the Russian Georgian War of 2008, from which the Russian Armed Forces emerged victorious, but have also suffered significant casualties and losses in equipment, highlighting their weaknesses and inadequacies alike. For almost a decade Russia has been increasing its military budget, gradually introducing new equipment, reorganising Armed Forces structure, and most importantly, intensifying its training programmes. Particular focus was placed on organising and conducting frequent training exercises, combat readiness drills and flash mobilisation exercises. Those applied not only to particular command centres, tactical level groupings, but also on an army, or even army group levels. In doing so, Russia has perfected the method of rapid strategic deployment of its Armed Forces – encompassing not only operational deployment of units on their respective positions, but also rapid mobilisation of military reserve, close cooperation with non-military elements of the defence system.
Today, Russia is capable of quickly fielding large operational formations on necessary  directions, including in the western strategic direction, in the immediate vicinity of NATO forces. Training this movement is, among others, one of the key objectives of the Zapad exercises. This and other large scale military exercises indicate, that Russian enjoy superiority vis-a-vis NATO in their ability to quickly deploy its strategic military assets.

Russia can capitalize on the advantages stemming from its ability to rapidly deploy its Armed Forces in the context of its neo-cold war game with the West. If Kremlin decision makers choose to engage in hybrid aggression below the threshold of an open war against one of the Baltic countries, the rapid development of a large operational group at the NATO border, in the Western Military District and to Belarus could keep the Alliance in check by threatening escalation into all-out war at a point, when Russian military enjoys numerical superiority in this strategically important region. Should NATO react by the use of force, it would face a vast and very real risk of Russia closing the Suwałki Gap instantaneously and  launching a spoiling attack against all three Baltic states. Consequently, any NATO operation that would follow, would be both demanding, strategically perilous and technically difficult counter-attack.

The question then arises, whether NATO would allow itself to be blackmailed by such posturing, or would it be willing to risk an open war with Russia. As the historiography of armed conflict shows, aggressors look for their chances and openings in unpredictability and uncertainty. This could well be the Russian strategy in their hybrid new cold war – especially since it can rely on its nuclear de-escalation doctrine.

Russia, which has brought about the New Cold War with the West is developing means of rivalry, that are appropriate and fitting for the specific demands of the hybrid war. Those entail primarily means of conducting information warfare, including in the cyber domain. Nevertheless, the more traditional military instruments still play an important role. Russia is aware of this and develops its Armed Forces and the doctrine of their use accordingly, not only as means of warfare, but also as a tool for exerting an indirect pressure in an on-going rivalry. It is worth noting that Russia is developing a strategic military insurance for a hybrid intervention in a NATO member state or states, the goal of which would be to weaken NATO’s strategic credibility, or to wipe it out altogether.

The hybrid operations are reassured by military means on at least two levels: conventional and nuclear. The former are the continuously trained and perfected military manoeuvres and strategic exercises such as Zapad. Those are meant to simulate and practice rapid deployment of large army groupings in order to provide cover for military operations below the threshold of an open war in the territory of a NATO member state. The latter nuclear level involves tactical nuclear weapons meant to threaten and blackmail the West with a perspective of an all-out nuclear warfare, in accordance with the nuclear de-escalation doctrine.

Whether or not those conventional and nuclear “circuit breakers” will allow Russia for a relative freedom of manoeuvre in its strategic game with the West largely depends on the West itself. Roughly speaking, there are two likely outcomes; one that involves stabilisation and one that implicates destabilisation.

If the West, and NATO in particular, develops and unrolls a conceptual answer to the new Russian doctrine, the result may be a relatively stabilised course of neo-cold war competition in Russia-NATO relations. The goal here is in particular to neutralize the doctrine of “nuclear de-escalation” through, for example, modernising the nuclear arsenal as well as revamping and updating the doctrine of using nuclear weapons, including expanding the nuclear sharing program within NATO, to involve the Eastern Flank countries. The second element is reaffirming the credibility of the Alliance’s determination to defend the Baltic states against conventional aggression, both traditional and hybrid, by expanding the presence of NATO’s multinational forces on the Eastern Flank, expanding on the domestic anti-access (A2-AD) toolset, and at the same time limiting Russian capabilities in this regard, and conducting large-scale manoeuvres involving quick redeployment of the troops from the US to Europe. Those countermeasures would weaken the Russian position, and cast a shadow of doubt on their strategic calculations regarding the safety net for potential limited, covert and hybrid operations in the NATO territory. The risk of Russia engaging in overt, direct confrontation would be diminished.

Shall the West find itself unable to develop and apply effective counter measures, Russia will be emboldened, and thus willing to entertain even riskier steps, what in turn will reintroduce the destabilising factor into the neo-cold war reality of the Russia-West relations, particularly on the NATO’s Eastern Flank.

ANALYSIS: Prospects for a resolution to the North Korean nuclear crisis