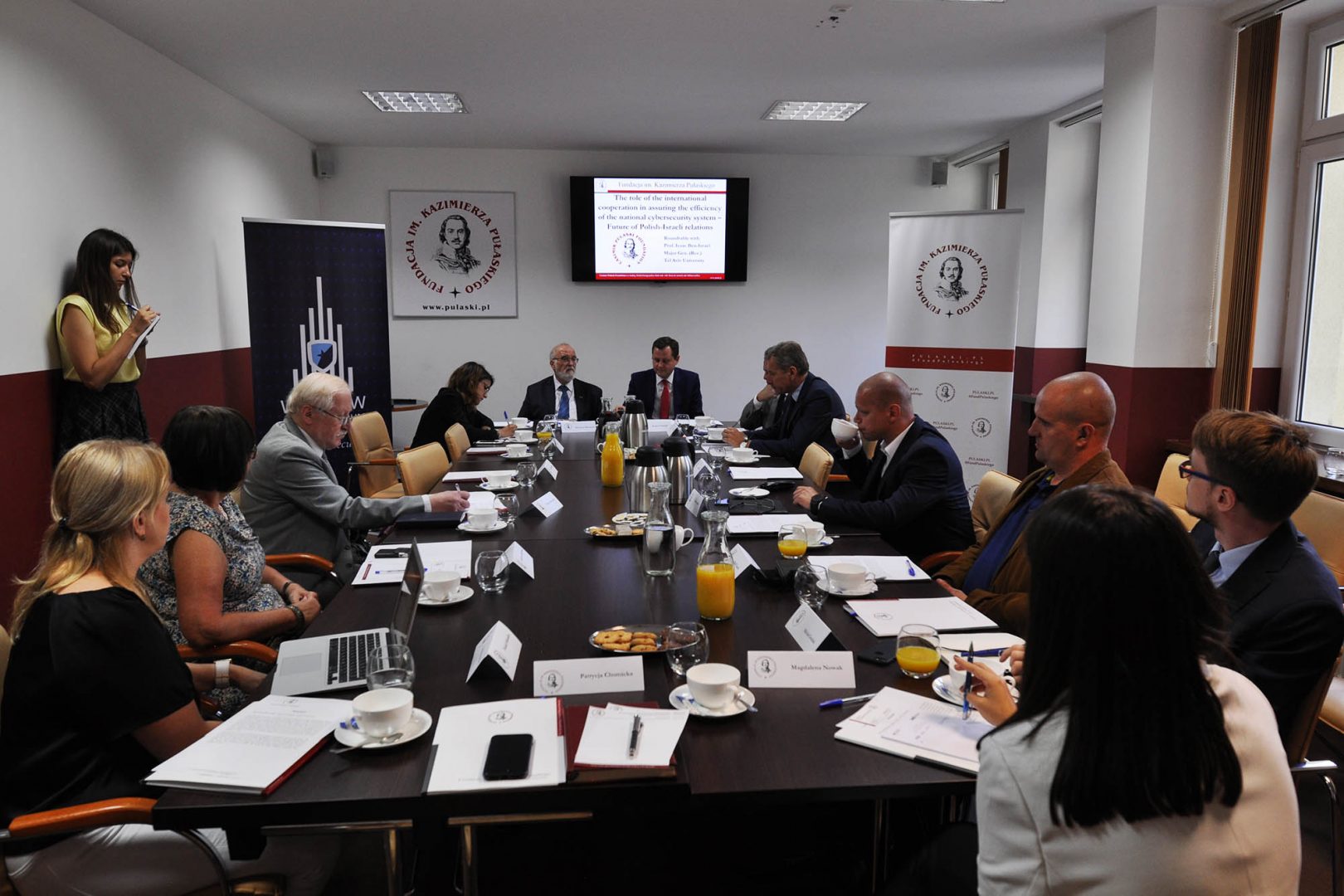 On August 30th the Casimir Pulaski Foundation hosted the roundtable discussion entitled “The role of international cooperation in assuring the efficiency of the national cybersecurity system – Future of Polish-Israeli relations”. The honourable guest of the event was Professor Isaac Ben Israel from the Tel Aviv University. Professor Ben Israel has experience both in the military service and civilian sector. Apart from that, Professor Ben Israel is an author of numerous publication on the military and security issues which makes him the qualified expert in the discussed topic. Different other scholars and academics from political, academic, diplomatic, and media spheres also joined the roundtable which caused the discussion to be run in the diverse vectors.

Cybersecurity became public problem only recently, although it was discussed by experts in the past widely. Professor Ben Israel is already engaged in cybersecurity for more than 20 years as Israel was among first countries which recognized the importance of the computarised systems. “We all live in the computarised world, in which everything is controlled by the machines and, thus, cybersecurity should become the issue to discuss on the national level” – professor Ben Israel stated. The example of how Israel started to work on its cybersecurity is the foundation of the National Cyber Bureau and Cyberdefence Authority. Two institutions work under the National Cyber Directorate as advising body for the Prime Minister, the government and its committees and recommends national policy regarding the cybersystem, as well as oversees its implementation.

There were two reasons mentioned by Prof. Ben Israel, which explain why cybersecurity is so followed nowadays. First of all it attracts media channels and secondly public understood that damage caused by malware is not only digital one, but it can also lead to the physical threats that may then cause the destruction of the infrastructure.

On the other hand, cybersecurity is the part of the whole security ecosystem which includes different elements working all together. The best prevention policy for the cyber-threats in this case is to build self-controlled and self-contained ecosystem, which will eliminate the possibility of the of the future threats. There is no effective deterrence in cybersecurity and the only issue to be done is to improve and assure the cooperation between different fields.

The discussed session included the questions related to the prevention technologies used in the case of cyber-attack and the costs of the cybersecurity. Israel does not fight with cyber-attacks using the kill switch, which was applied against the cyber-attack in Estonia in 2007 and is used in the US, but is mostly concentrated on the technologies that filter the machines and channels that produce data behaving improperly. The costs are considered to be not that high as society already lives in the so-called age of High-Tech and the shift from High-Tech to cybersecurity is relatively small. At the end Professor emphasized the importance of the Polish-Israeli cooperation in the field of cybersecurity and concluded saying: “One day we will understand the importance of cyber technology”.