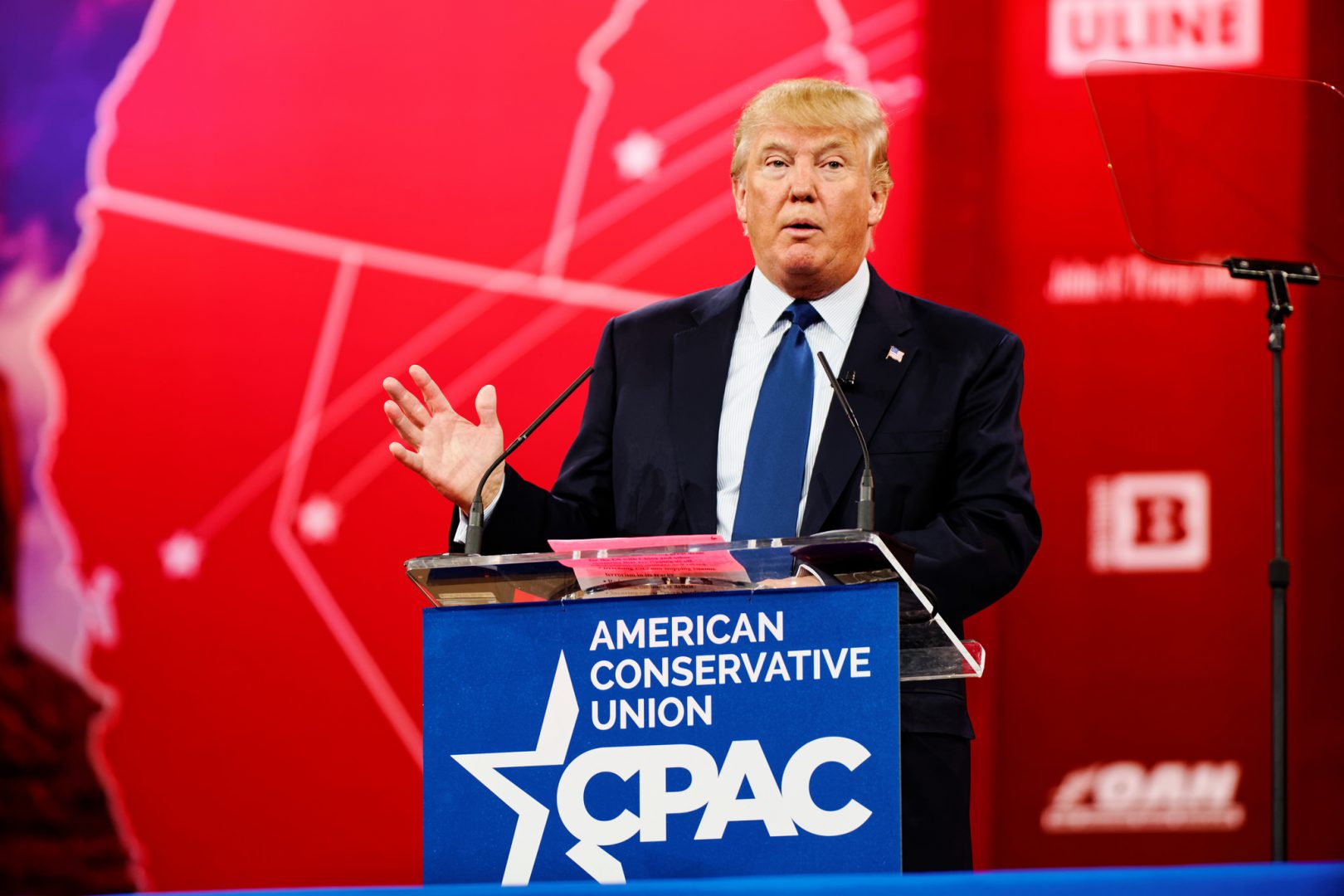 Preliminary results of the presidential elections in the United States indicate that Republican Donald Trump will be the 45th President of the United States. This may have big implications for U.S. allies because Trump in the course of the election campaign repeatedly promised to limit U.S. commitments in the world. This may be another catalyst for the European Union to enhance the Common Security and Defense Policy.

Since the end of World War II, the United States has been the guarantor of security of the Old Continent. NATO consists of 26 European states. It connects North America (USA and Canada) with Europe. Most of these countries are also members of the European Union. In Europe there are three American combat brigades – airborne brigade in Italy, Stryker Brigade Combat Team and combat aviation brigade (under reduction) in Germany.  In general more than 60,000 soldiers are under the United States European Command – EUCOM, including a strong aviation component and two infantry divisions based in the United States.

The credibility of American guarantees has become even more important in the face of Russia’s illegal annexation of Crimea and the Russian-Ukrainian conflict, as well as the increasingly aggressive attitude of Moscow’s foreign policy. At the NATO summit in Warsaw in early July 2016 U.S. committed to assuming the role of the so-called framework nation (the state obliged to safeguard the functioning of a given tactical unit, and provide its basic capabilities) and provide one battalion combat group, which would be deployed in Poland within the so-called Enhanced Forward Presence on the eastern flank of NATO. Earlier, the United States also pledged to deploy under its own European Reassurance Initiative an Armored Brigade Combat Team on a rotating basis, as well as equipment for the next units of this type. These steps were taken mainly to allay fears of U.S. allies in Central and Eastern Europe. This would mean, however, the need to involve additional U.S. forces.

The results of the American elections in the short term will not significantly affect implementations of the decision made during the NATO summit in Warsaw with regard to the strengthening of the eastern flank (the new president will formally take office on January 20, 2017, while the rotating presence of American armored brigade will begin in January and an American battalion deployed in the EFP framework will be in Poland in April). However, there is some risk that the Trump administration may in the long run try to limit the size of the American presence in Europe. In the course of the election campaign Trump repeatedly called for limiting the U.S. role in the world, and transfer more responsibility to European allies for their security. His declarations included statement such that the United States spends too much on NATO and security of allied states. In a controversial interview with The New York Times, before the Republican convention in Cleveland, Trump said that in the case of a Russian attack on the Baltic States, he would decide whether to help them after analyzing whether ‘they fulfill their obligations to us.’ Thus the new administration would probably put more pressure on the European states to increase their defense spending (the United States are responsible for 72 per cent of the total defense expenditure of NATO countries), using perhaps an argument of reducing the size of U.S. forces in Europe.

From the perspective of Europe a possible attempt of rapprochement between Washington and Moscow seems disturbing. Trump repeatedly signaled that his administration would be willing to look for solutions to problems in each region in cooperation with entities involved, also with Russia. In this context the Kremlin would set the suspension of developing the NATO Ballistic Defense System as a starting point for improving relations, and particularly the U.S contribution to it or the European Phased Adaptive Approach (Aegis Ashore in Redzikowo is the part of this project). Trump’s coming to power may also revive the debate over the maintaining sanctions of the West against Russia, also on the EU forum.

The actions of the new administration would certainly be closely watched by Washington’s allies in Asia. In 2011 Obama administration announced a strategic shift (Pivot/Rebalancing) in the Pacific area. It assumed that the United States would construct the Marine Corps base in Darwin, Australia, restore presence in the Philippines, deploying 60 percent of the American fleet in the Pacific by 2020 as well as undertake measures to increase capabilities of the armed forces of Asian allies.

This has become all the more important given that the security environment in East Asia and South-Eastern Asia has become increasingly unstable. China, remaining in territorial disputes with several countries in the region, has been taking decisive steps to strengthen its position in the disputes over territories on the East China Sea (Senkaku/Diaoyu islands) and the South China Sea (most of the basin, including Spratly Islands and Paracel Islands). In 2013 the Chinese authorities unilaterally established the Air Defense Identification Zone (ADIZ) covering the air space over the disputed Senkaku archipelago. China has also begun the militarization of the Spartly region, through the construction of artificial islands for military purposes, and refused to recognize the jurisdiction of the Permanent Court of Arbitration at the Hague on the dispute over the South China Sea, and declared the possibility of creating AIDZ also over that area. U.S. allies in Asia are also worried about the attitude of North Korea, which has recently intensified provocative actions and rhetoric. Only since the beginning of the year North Korean regime conducted a nuclear test and several series of tests of ballistic missiles, one of them fell near the territorial waters of Japan.

The growing tension in Asia is a concern for Washington as a guarantor of stability in East Asia. Currently, allied treaties with Japan, South Korea and the Philippines are the backbone of the U.S. presence in Asia. Military presence in Asia consists of 85,000 troops deployed mainly in Japan (56,000 troops) and South Korea (25,000 troops). On the other hand, in response to recent events the U.S. has increased the activity of the fleet at the South China Sea, including sending two aircraft carriers strike groups and taking up operations to enforce freedom of navigation. It also announced the deployment of the most advanced missile defense system THAAD in South Korea. The possible further increase in tensions on the Korean peninsula could also require the deployment of additional units of the U.S. Army (the 8th Army, now stationed on the peninsula, has four combat brigades at its disposal, with one rotating).

It is not clear whether the new administration will continue the previous policy of ‘the Pivot towards Asia.’ Just as in the context of Europe, in his campaign Trump pointed to the need of regional parties taking greater responsibility for the security of the region, in this case, e.g. Japan and South Korea. He negatively spoke about the Trans-Pacific Partnership trade deal, indicating that it is unfavorable for the United States. On the other hand, on the basis of previous declarations, a more decisive attitude in Washington toward China can be expected (during the campaign China was accused of currency manipulation and unfair support for exports).

The consequences for the Middle East

The vision of Trump’s policy towards the Middle East also remains mysterious. On the one hand, the Republican candidate made promises that he would swiftly combat the Islamic State; on the other he negatively referred to the idea of greater military involvement in the region. The present strategy of the Pentagon includes controlling the most important centers of IS power, among them, coordinated attacks on Mosul (now the fighting is taking place for the city) and in the longer term, Al-Rakka (‘the capital’ of the so-called Islamic State). Iraqi government forces are involved in the offensive, backed by U.S. advisers, and from the north – Kurdish Peshmerga. On the Syrian side the so-called ‘moderate’ Syrian forces are to assist the coalition soldiers in the attack on Al-Rakka.

When looking at the whole region it can be assumed that Trump would move according to the mainstream thinking of the Republican Party – a strong alliance with Israel and mistrust towards Iran. For the region Trump’s statements about the possibility of cooperation with Russia in order to solve the Syrian problem and the fight against the so-called Islamic State may cause certain concerns for the countries of the region. Russia would certainly opt here for the need to maintain the disgraced regime of al-Assad.

Dwindling resources of the Department of Defense may further deepen the uncertainty felt by U.S. allies. United States are now facing the need to increase engagement in order to strengthen the sense of security in Europe, Asia and the Middle East. This can be problematic taking into consideration the steady decline of the Department of Defense’s budget since 2010. The Budget Control Act adopted in 2011 in exchange for raising the debt ceiling by 900 billion USD anticipated reduction of U.S. spending by a similar amount in 10 years (half of which would fall on defense). According to its assumptions, the main parties would agree on further cuts amounting to at least 1.2 trillion USD over 10 years, and in the absence of an agreement the cuts of this amount were to enter into force automatically (divided equally between defense spending and others) defined as ‘sequestration.’ According to the U.S. military and Department of Defense officials such significant decline in defense spending would significantly weaken the U.S. Armed Forces’ capabilities in terms of power projection, and would even limit the country’s ability to defend its allies. Department of Defense estimates indicated that, in the worst case, sequestration would force the reduction of ground troops to approximately 380,000-450,000 out of the planned 490,000, Marine Corps from 182,000 to 150,000-175,000 and the number of aircraft carriers from 11 to 8 or 9. The mechanism of sequestration has been temporarily weakened by the Bipartisan Budget Acts of 2013 and 2015 (at present the Department of Defense budget for the financial year 2016 amounts to 572 billion USD, of which 58.6 billion will be allocated to foreign operations, including ERI). Nevertheless, it is still looming over the Armed Forces of the United States, meanwhile, the problem will return next year, and it is not clear what position the new administration will take.

However, even without additional cuts forced by the procedure of sequestration, the U.S. has been dramatically reducing the size of the armed forces. The draft budget for fiscal year assumes further reduction of the U.S. Army to approximately 460,000 in 2017 (target number is 450,000 in 2018). What is important in the context of the eastern flank, the number of armored brigades is being reduced (from 17 in 2013 to 9 at present, apart from these, the U.S. Army will have 14 infantry brigades and 7 mechanized ones with Stryker vehicles). It must be remembered that the permanent rotational presence of such units will require a commitment of 2-3 teams for the sake of continuity. A similar model is used with the armored brigade in South Korea. Shrinking resources, particularly with further budget cuts, in the case of the necessity to involve additional forces, can make the U.S. prioritize between the European and Asian theater of operations.

Problems with the financing of increased presence may intensify even after the swearing-in of the new administration. Trump repeatedly declared during the election campaign that in the event of his victory he would seek to reduce the burden on the United States of guaranteeing security of its allies. On the other hand, this risk is to some extent lessened by the fact that the Republican majority in Congress, where Trump probably will not have a strong position, will not be willing to significantly reduce defense spending.

Author: Tomasz Smura, the Head of Analysis Bureau at the Casimir Pulaski Foundation

Battle for Mosul – what is next for Iraq and the Islamic State?