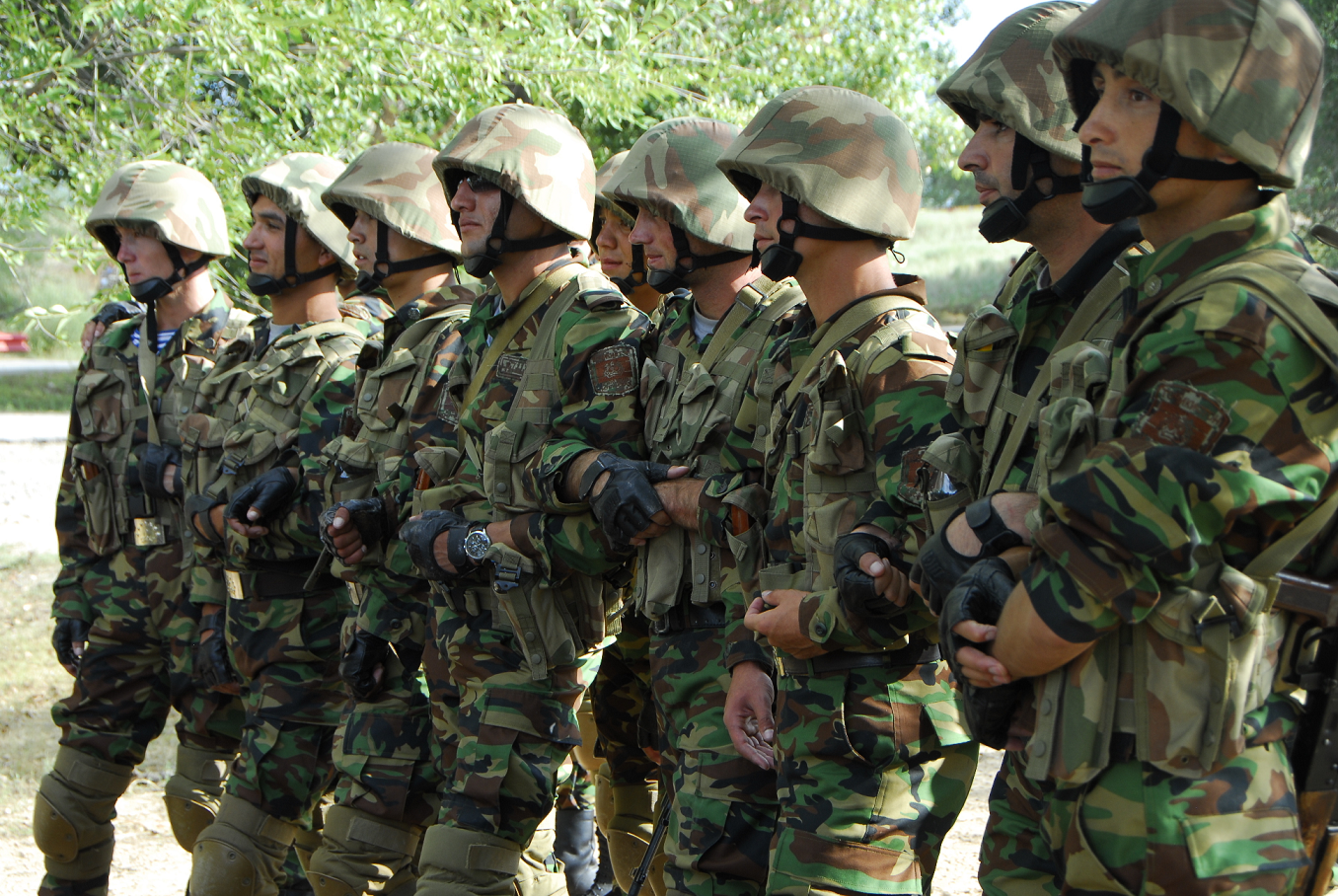 2015 was supposed to be important for Central Asia because of the presidential and parliamentary elections. These have already taken place or will take place in four of the five countries of the region (the only exception is Turkmenistan).

The situation in the region has changed dramatically with the completion of the ISAF mission and the majority of NATO troops leaving Afghanistan which gives additional importance to the elections. Other factors bringing changes to the region are: progress of the supporters of the so-called Islamic State in Afghanistan and the complicated situation in the former Soviet Union (the Russian-Ukrainian war, which resulted in a serious economic crisis). The authorities of the Central Asian states have faced a number of new challenges. Meanwhile, each successive election results seem to confirm that, despite the rising tension, it is not the time yet for massive changes in government circles.

In neighbouring Afghanistan the warfare has moved up in recent months from the south to the north of the country. Provinces bordering with Tajikistan and Turkmenistan, relatively quiet so far, have become arenas of increased fighting between government forces against the Taliban Movement and Daesh – supporters of the so-called Islamic State (IS). Aided by the Islamic Movement of Uzbekistan (IMU), IS has made remarkable progress in Afghanistan in recent months and now stand on the verge of post-Soviet Central Asia. It should be emphasized that the actions of the IS are aimed at global expansion, as opposed to the actions of the Taliban movement, which, despite its willingness to support other international Islamist groups, is generally fighting only for power in Afghanistan itself. The so-called Islamic State is not only an external problem threatening Central Asia. Many residents of the region have gone to the Middle East and got involved in the fight under the IS banner. The Uzbeks (over 500 people) prevail among the militants from Central Asia fighting in Iraq and Syria. Around 200-300 people came to the conflict region from Kazakhstan, Turkmenistan and Tajikistan, and over a hundred from Kyrgyzstan. The possibility of these fighters returning to takfeer homelands, spreading the ideology and fighting for a ‘global caliphate’ has raised concerns in the capitals of the region.

The atmosphere of tension is also generated by issues that have arisen after the Euromaidan, the annexation of Crimea by Russia, and the outbreak of hostilities on the border with Ukraine when pro-democratic and pro-Western voices calling for change appeared in the countries of the region. On the other hand, in areas such as the Uzbek Republic of Karakalpakstan or northern Kazakhstan with a large Russian-speaking minority, there have been signs of increased tension and activity as separatist movements sought a rapprochement with Moscow and opposed the authorities of the region.

The election results do not confirm any tension or fears in Astana. The result of the early presidential elections may be described as an absolute victory, in which once again Nursultan Nazarbayev won. Winning nearly 98 percent of vote, this is another definite sign of support for the 74-year-old president who has ruled Kazakhstan since the creation of the state. Elections in Kazakhstan for a long time have been considered among the most predictable in the world. The course of this year’s elections has been criticized by the OSCE among others. Nazarbayev’s goal for another term is the protection of the Kazakh economy, which in recent years has grown into the second largest economy among the former republics of the USSR (after the Russian one). In recent months, Kazakhstan’s economy has suffered greatly due to the sanctions imposed on Moscow and the depreciation of the ruble. Kazakhstan is one of the pillars of the Eurasian Union and, next to Uzbekistan, the strongest of the Central Asian states. Parliamentary elections in Kazakhstan will take place in 2016, and the results will also not be surprising. The ruling party Nur Otan (with Nazarbayev remaining as its leader) is almost bound to win.

Situated in the heart of the region Uzbekistan is an important country as it shares a border with the Balkh province, a relatively calmest and most industrialized region of Afghanistan. In the international sphere Uzbekistan is currently the best (and essentially the only) route of exit from Afghanistan for NATO forces. The German air base for NATO’s operations in the region is still held in Termez. Uzbekistan, as the only country of Central Asia enjoying relative independence from Moscow, is also trying to develop close relations with Beijing and Washington. In the face of the growing threat from the south, Uzbek forces have not only strengthened its border, but will also be involved in Turkmenistan at the invitation of Ashgabat. Meanwhile, considerable anxiety has been palpable among top authorities for a few years now. In March the incumbent president, 77-year-old Islam Karimov, won the presidential elections gaining 90.4 percent of votes and outclassing other (although loyal to him) candidates. Karimov has ruled Uzbekistan since 1990, but his age and health have begun to raise discussions regarding his succession. Activities of the Islamic Movement of Uzbekistan also raise serious concerns. After its alliance with the so-called Islamic State, it has started to emerge more and more boldly from its Pakistani hideouts, and cross territory of Afghanistan to threaten the current authorities in Tashkent.

In Tajikistan, the People’s Democratic Party of Tajikistan, a party of the President Emomali Rahmon, won the 2015 parliamentary elections, and the Islamic Revival Party of Tajikistan was completely swept from power. Until then Tajikistan was the only country in the region where a Muslim group had its representatives in parliament. It is estimated that a moderate Muslim party led by Muhiddin Kabiri, even though it is not in the parliament, still has many supporters among the public. The marginalization of political Islamic groups is connected with preventing the growth of the threat of Islamic radicalism. In recent weeks numerous anti-Islamic moves by the authorities have occurred in the country. President Rahmon, while having previously demonstrated a willingness to de-Sovietize Tajikistan, and having rejected a Russian suffix to his name (Rahmonov), is now seeking to introduce a ban on giving children typical Muslim (Arab) names. Rahmon also changed the rules for granting authorizations for the hajj (pilgrimage to Mecca). Under the new rules, those who are under 30 years of age cannot take part. It is not only the authorities in Dushanbe who fear radicalization and Islamism, but also the traditionally strong pro-Russian Pamiri movements in Gorno-Badakhshan Autonomous Region (GBAO) and the pro-Western opposition. In October 2014, the ‘Group of 24’, which had called for protests along the lines of the Ukrainian Euromaidan model, was outlawed and its leader, Umar Kuvatov, was shot by unknown assailants in March 2015 in Istanbul. The many preventive measures taken up by the Tajik authorities may, paradoxically, push Tajikistan towards destabilization, because marginalized politicians, supporters of the moderate Islamic option, as well as any other movements of the opposition will be more than ever vulnerable to all forms of radicalization.

Turkmenistan also fears threats coming from the south. Information about the activity of the Taliban movement and Daesh alarmed Ashgabat a few months ago. In February 2015, supporters of the so-called Islamic State began arriving to the Turkmen lands. Consequently, in March 2015 there were several incidents on the border with Afghanistan. Turkmen border guards, fearing the growing power of Islamists fighting in Afghanistan, began to seal the border by means of a barbed wire fence on the islands on the bordering river Amu Darya, where earlier residents of Afghanistan freely grazed their sheep and gathered firewood. These actions became the reason for the protests of the population living along the Afghan side of the border, mainly Afghan ethnic Turkmens. Turkmen authorities are mobilizing reservists and are not letting young people out of the country to strengthen the security forces against the threat of militant Islam. Ashgabat also agreed to receive support forces from Russia and Uzbekistan, while appealing for support and weapons to the United States.

Kyrgyz authorities have chosen Eurasian Union membership as a priority. Currently, Kyrgyzstan is officially a candidate country to this organization, meets its requirements, and has the support of other members. Such a turn of events has also increased the number of guest workers in Russia coming from Kyrgyzstan. If Kyrgyzstan succeeds in joining the Union, it will probably be only a matter of time until Tajikistan becomes a member in the organization, as well (since a member country must border with another member). At the same time Kyrgyzstan has moved away from the West and NATO with the closure of the base in Manas, which has also had a negative impact on the budget of this small state. Meanwhile, the parliamentary elections to be held in November 2015 do not suggest the possibility of any radical changes. An increase in the electoral threshold is likely to lead to the strengthening of the ruling Social Democratic Party, at the expense of other parties. It is worth noting that Kyrgyzstan is the only country in the region where the high social discontent after the elections may actually become a source of upheaval. This happened in the two revolutions in 2005 and 2010.