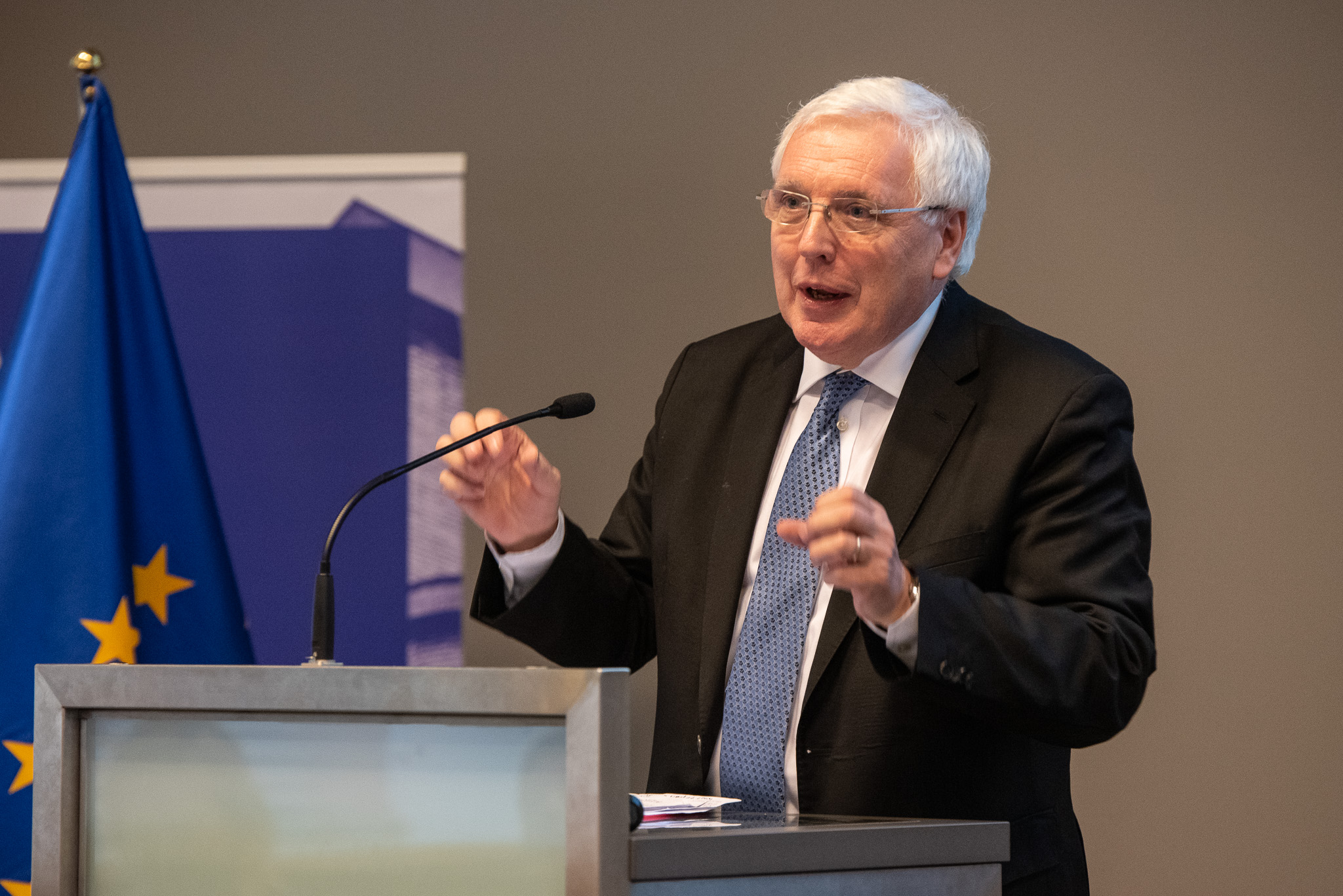 Dr. Jamie Shea, an international public servant and a member of the International Staff of NATO took part in the 16th edition of the Academy of Young Diplomats. The event was organized by the European Academy of Diplomacy and the Casimir Pulaski Foundation and supported by NATO’s Public Diplomacy Division.

On February 21, the European Academy of Diplomacy and the Casimir Pulaski Foundation hosted a lecture of Jamie Shea. Dr. Shea was an international public servant and a member of the International Staff of NATO for almost 40 years. He served as a Deputy Assistant Secretary General for Emerging Security Challenges at NATO Headquarters in Brussels, Belgium until his retirement in late 2018. He is well known for his engagement in the peacemaking process during 1999 Kosovo War, when he served as the spokesperson for NATO. During his visit in Warsaw, Dr. Shea spoke about present and future challenges of NATO.

The European Academy of Diplomacy (EAD) is the first non-governmental, non-for-profit diplomatic academy in Europe, with a mission of shaping, sharpening and inspiring a new generation of enlightened international leaders and  The EAD’s flagship program is The Academy of Young Diplomats. AYD aims to empower a new generation of global leaders, through an innovative annual training experience, ending with an Executive Diploma in the Art of Diplomacy (EDAD).