On desinformation of the margin of Warsaw Security Forum 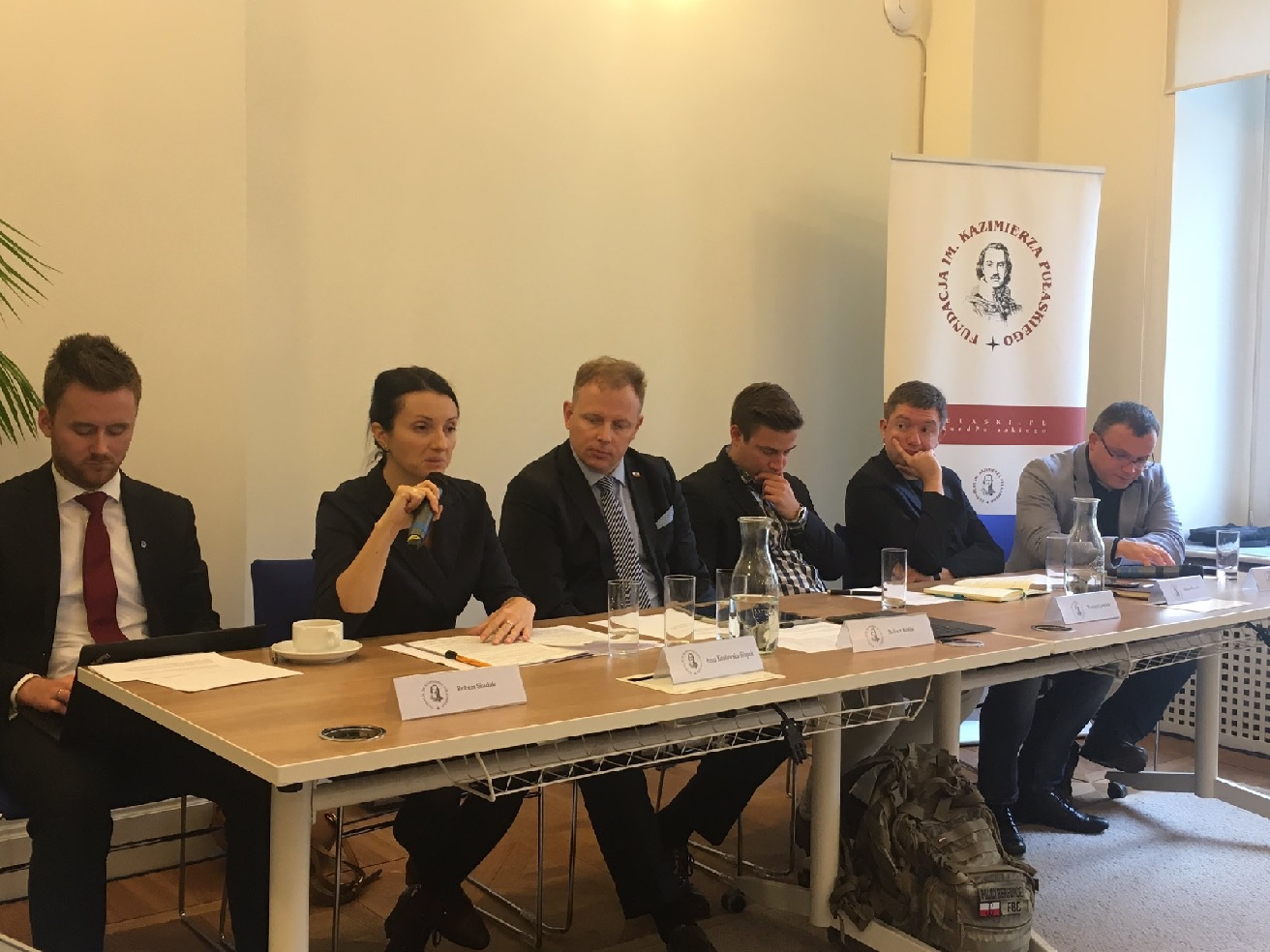 On desinformation of the margin of Warsaw Security Forum

Discussions about foreign propaganda, disinformation and misinformation remain at the heart of the political debate in the European Union (EU) and across the transatlantic area. In the context of on-going disinformation campaigns targeting our democratic societies, National Endowment for Democracy, in collaboration with the Beacon Project of the International Republican Institute (IRI), the Centre for Propaganda and Disinformation Analysis and the Casimir Pulaski Foundation held a conference dedicated to strengthening a networked response, addressing disinformation and its causes on both the transatlantic and the national level. The conference was a side event of the Warsaw Security Forum 2018.

The conference started with a panel entitled “A Networked response to Disinformation” and its goal was to share experiences and best practices in building political and civil society networks, in order to address disinformation and its causes. The panel was led by Brady Hills, Programme Officer (Beacon Project) of the International Republican Institute and was attended by: Miriam Lexmann – EU Regional Programmes Director (BeaconProject) of the International Republican Institute, Borislav Spasojevic – Regional Programmes Director (Beacon Project) of the International Republican Institute, Mikael Tofvesson – Deputy Head of Department (Coordination and Operations) of the Swedish Civil Contingencies Agency and Nevile Bolt – Director of the King’s Centre for Strategic Communications at the King’s College London.

The aim of the 2nd  panel entitled “Research, Analytics and Cooperation”, was to discuss how research, analytics, activities of NGOs and media, but also scrutiny of laws and regulations can support actions taken by the state institutions. Among other contributors there were: Michał Potocki – Op-ed Editor of the Dziennik Gazeta Prawna, Wojciech Jakóbik – Editor-in-Chief of the BiznesAlert.pl, Robert Kośla – Director of Cybersecurity Department at the Ministry of Digital Affairs of Poland and Anna Kozłowska-Słupek – I Secretary at Eastern Department of the Ministry of Foreign Affairs of Poland. The panel was led by Adam Lelonek PhD of the Center for Propaganda and Disinformation Analysis.

During this panel, Anna Kozłowska-Słupek emphasized that public administration cannot influence NGOs in terms of fighting disinformation, but it can use trainings and grants as positive stimulus. In turn, Wojciech Jakubik claimed: “as the media, we cooperate very closely with analysts working at think tanks verifying information”. On the other hand, Jakubik stressed that “the public administration works slowly in this dimension”. This opinion was shared by another media representative – Michał Potocki, who said that “governmental press services sometimes tend to act as guardians protecting officials from journalists”- Also, he added that “Blocking of some journalists is problematic as well”. Representative of governmental side, Robert Kośla – in this context – indicated that: “the will is necessary in order to enhance cooperation between public administration, media and NGOs. Without it, no law or regulations will help”.

3rd panel entitled “Strategic Communication as the key tool to fight disinformation” aimed at discussing contemporary challenges posed by disinformation and at sharing experiences of government and private entities in fighting fake news by formulating strategic communication. Invited experts tried to advise on how governmental representatives and institutions can use the technology to their advantage and create an efficient strategic communication via social media outlets. Aim of the panel was also to inspire representatives of different stakeholders to plan their Internet communication, and to consider how their actions are influencing public trust in the governmental institutions. Panel led by Katarzyna Pisarska – Director of the European Academy of Diplomacy – among other panelists – was attended by Agnieszka Romaszewska-Guzy – Director of the Biełsat TV, Beata Biały – fmr. Director of Social Communication of the Ministry of Defense of Poland, Antoni Wierzejski – expert of the Center for International Relations and Piotr Świtalski – Head of Press of The European Commission Representation in Poland.

Piotr Świtalski emphasized that “rather than EU as a whole, its member states have resources and tools to counter disinformation”. He had also posed a question: “Can we use bots to fight other bots in social media?”. “It is an ethical question” – he stated. Antoni Wierzejski stressed that “in spite of declarations, as Poland we still don’t have a strategic communication at the level of government. In turn, Director Romaszewska-Guzy and Beata Biały covered their experience related to fighting disinformation in an unfriendly environment such as Belarus (case of Biełsat).