Panel Discussion: How to Bridge the EU’s East-West Divide after COVID-19? 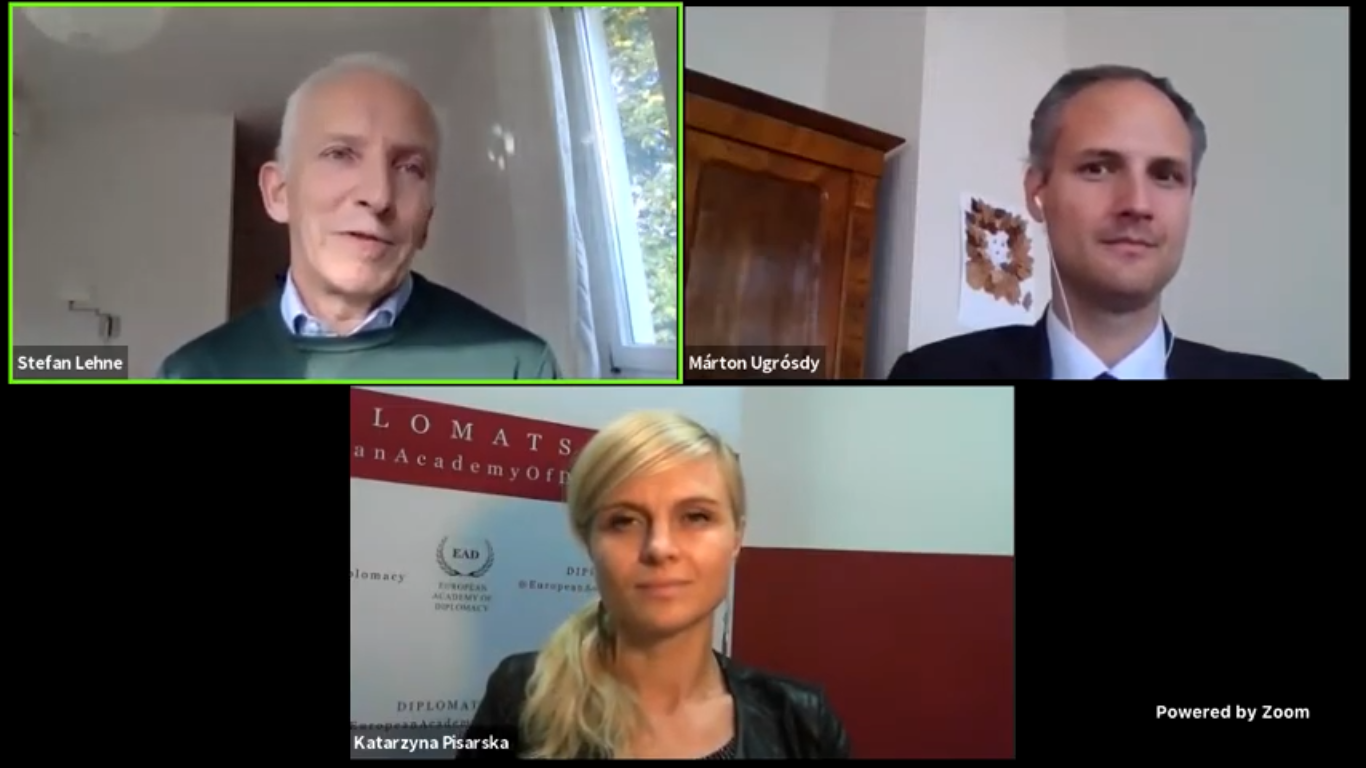 Panel Discussion: How to Bridge the EU’s East-West Divide after COVID-19?

On 30th September 2020 the Casimir Pulaski Foundation participated in a debate co-organized by our partner, Carnegie Europe, titled “How to Bridge the EU’s East-West Divide after COVID-19”. The discussion focused on the main issues dividing Central and Eastern European countries from Western European countries and the possible ways to unite all EU member states. The discussion was moderated by Stefan Lehne, a Scholar at Carnegie Europe. Katarzyna Pisarska, Program Director of the Warsaw Security Forum, and Márton Ugrósdy, Director of the Institute for Foreign Affairs and Trade (IFAT) in Budapest, both took part in the online event.

The debate started with a brief overview of the current divisive issues and how they have been affected by COVID-19. The EU’s resilience in the face of crises and the EU’s possible response to the pandemic were integral themes. The experts also considered how the proposed solutions, such as the Recovery Fund, could be a force that will unite all EU member states.

The “Bridging the EU’s New-Old Divide” project is a collaborative effort between the Carnegie Endowment for International Peace and four institutions based in the Visegrad countries:

Casimir Pulaski Foundation is a partner of the NATO Youth Delegate of Poland Programme!