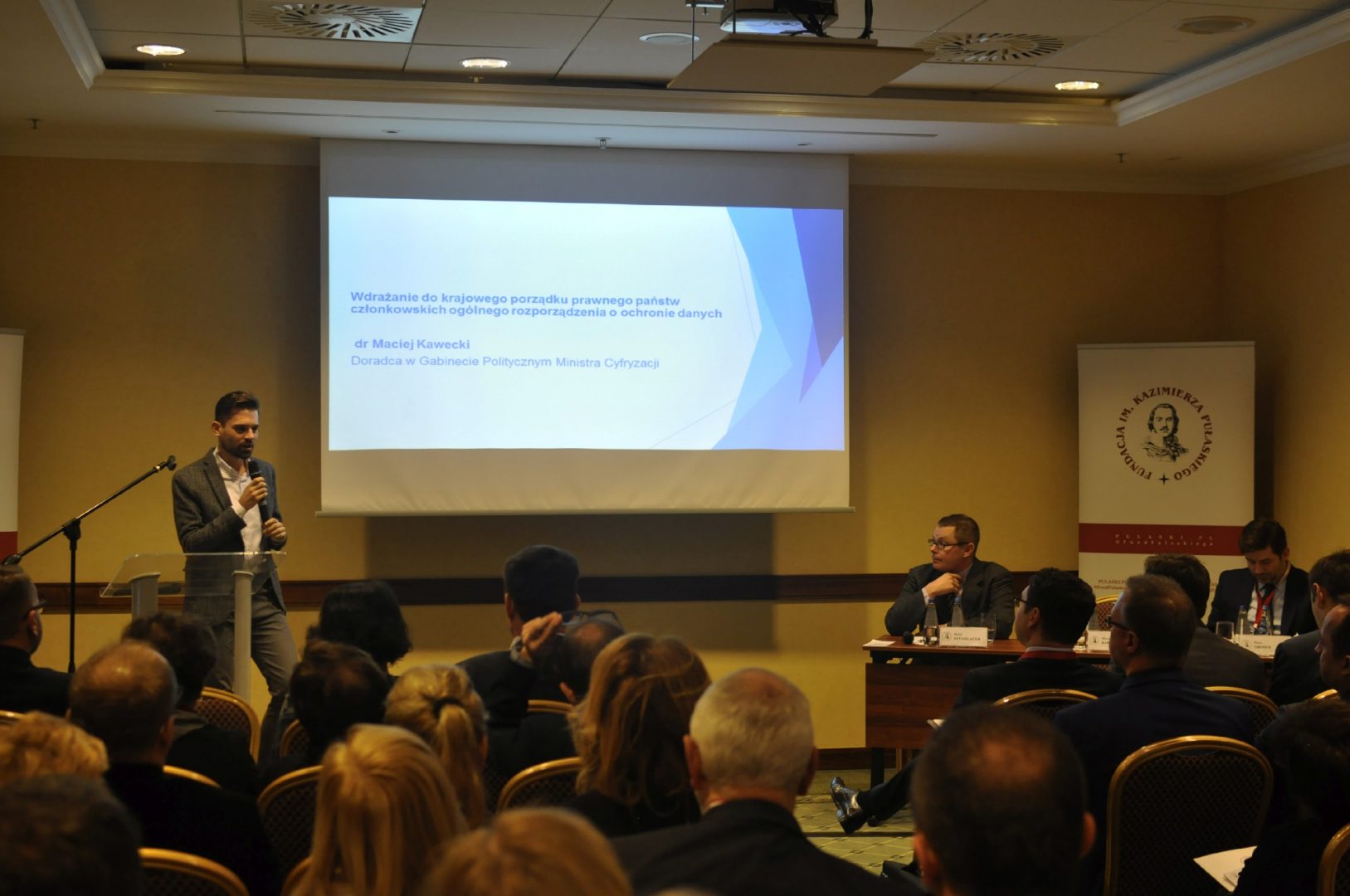 Legal and technological issues were discussed during the seminar on the EU’s reform of personal data protection and its effects on public and private sector in Poland, which took place on 16 January 2017 in Warsaw. The event, organized by the Casimir Pulaski Foundation, was under patronage of the Polish Ministry of Digitalization, the General Data Protection Supervisor and the European Commission Representation in Poland. New national data protection regulation is still in its conceptual phase, but as Dr Maciej Kawecki, counsellor in the Political Cabinet to the Minister of Digitalization, said “it is planned to present project of a new bill in Spring 2017”.

Over the course of four sessions speakers presented essential recommendations for Polish enterprises regarding the Regulation 2016/679 of the European Parliament and of the European Council (of the EU) from 27th April 2016 (General Data Protection Regulation). The aforementioned regulation tackles the issue of protection of individuals in relation to the processing of personal data and of the free flow of such data. As such, the 2016/679 Regulation replaces Directive 95/46/EC.

Seminar attracted significant attention from recognized specialists in their respective fields and prominent representatives of key institutions of the public administration. Especially representatives from such institution as the Ministry of Digitalization and Polish Inspector General for Personal Data Protection Bureau’s provided insightful input to the discussion, as these two institutions will play crucial role in crafting future legislative solutions: it is their responsibility to adjust national system of personal data protection to the EU reform and to enforce new regulation. The Ministry of Digitalization was represented by Dr Maciej Kawecki, counsellor in Political Cabinet to the Minister of Digitalization, while Mr. Piotr Drobek, Deputy Director of the Education & International Cooperation Department represented Polish Inspector General  for Personal Data Protection.

A debate on the future of security dialogue in Europe