Russia and Europe in Trump's Washington 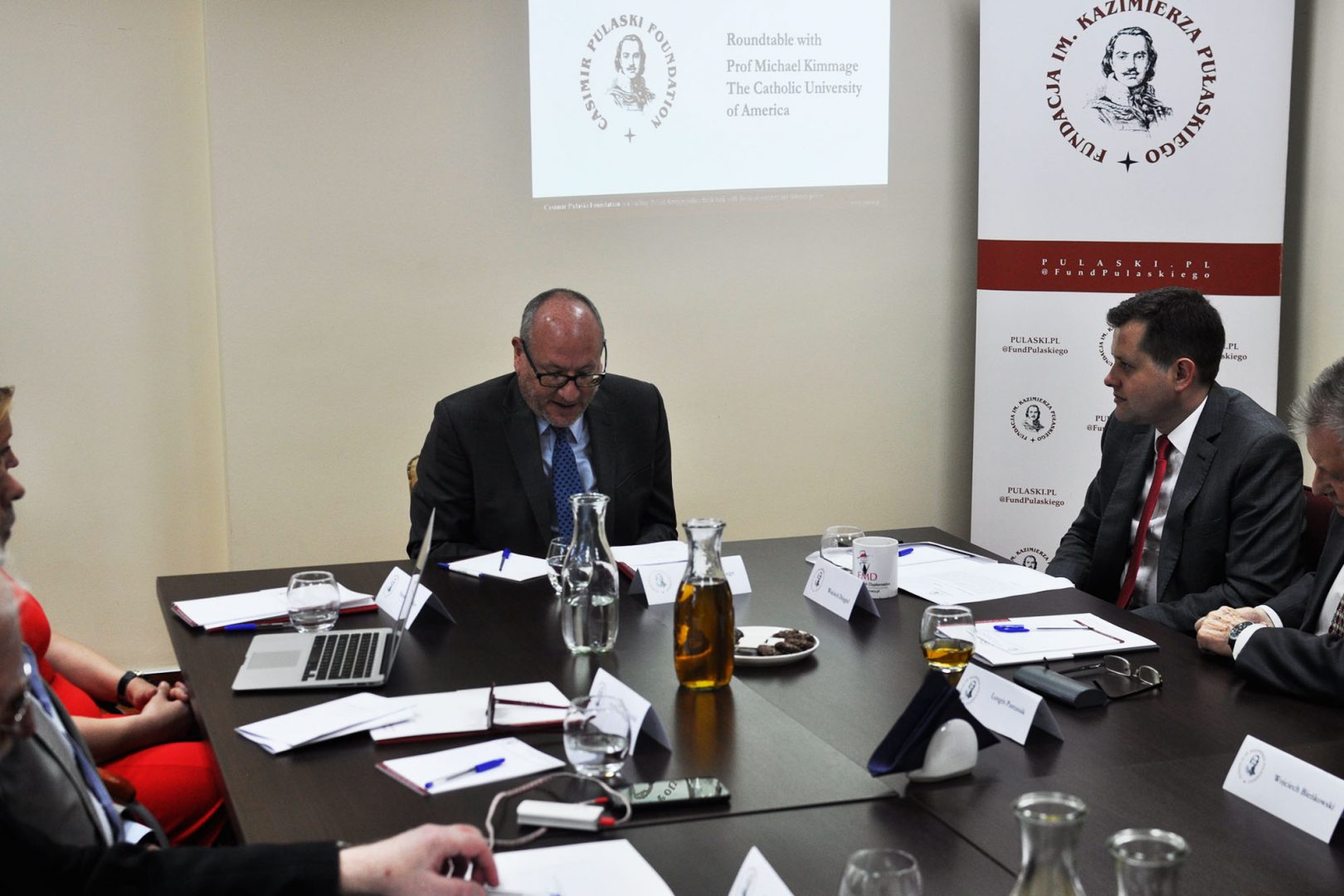 Russia and Europe in Trump’s Washington

Major foreign policy issues of the new administration ewer discussed during round-table discussion with Professor Michael Kimmage that took place on June 2 at the Pulaski Foundation.

Michael Kimmage, Currently a professor of history at the Catholic University of America, from 2014 to 2016 served at the U.S. Department of State, where he worked on the Ukraine-Russia portfolio.

Professor Kimmage opened a round-table by underlining critical importance for the foreign policy the investigation into Russian involvement in the election process in 2016.

Taking into account the magnitude of the Russian collusion scandal, President Trump will likely distance himself from rapprochement with Russia. When discussing Russia itself, Prof. Kimmage touched a point relating to how disproportionality powerful Russia is in military terms compared to its economic strength.

In reference to Ukraine Prof. Kimmage  described 3 possible scenarios. The first, would be a united front of NATO nations imposing harsher sanctions on Russia, that would force it to conduct moderate policy. The second scenario would be an escalation of conflict that could lead to a new cold war, with the epicenter in Ukraine. The final scenario is most unfavorable for Ukraine and  assume that President Trump would be indecisive in dealing with Russia.

In the discussion many questions referred to current affairs in Washington and possible development in the case of Russian involvement in elections in 2016, as well as the withdraw from the Paris Agreement on climate change.

Energy, as it relates to Russian policies in Asia