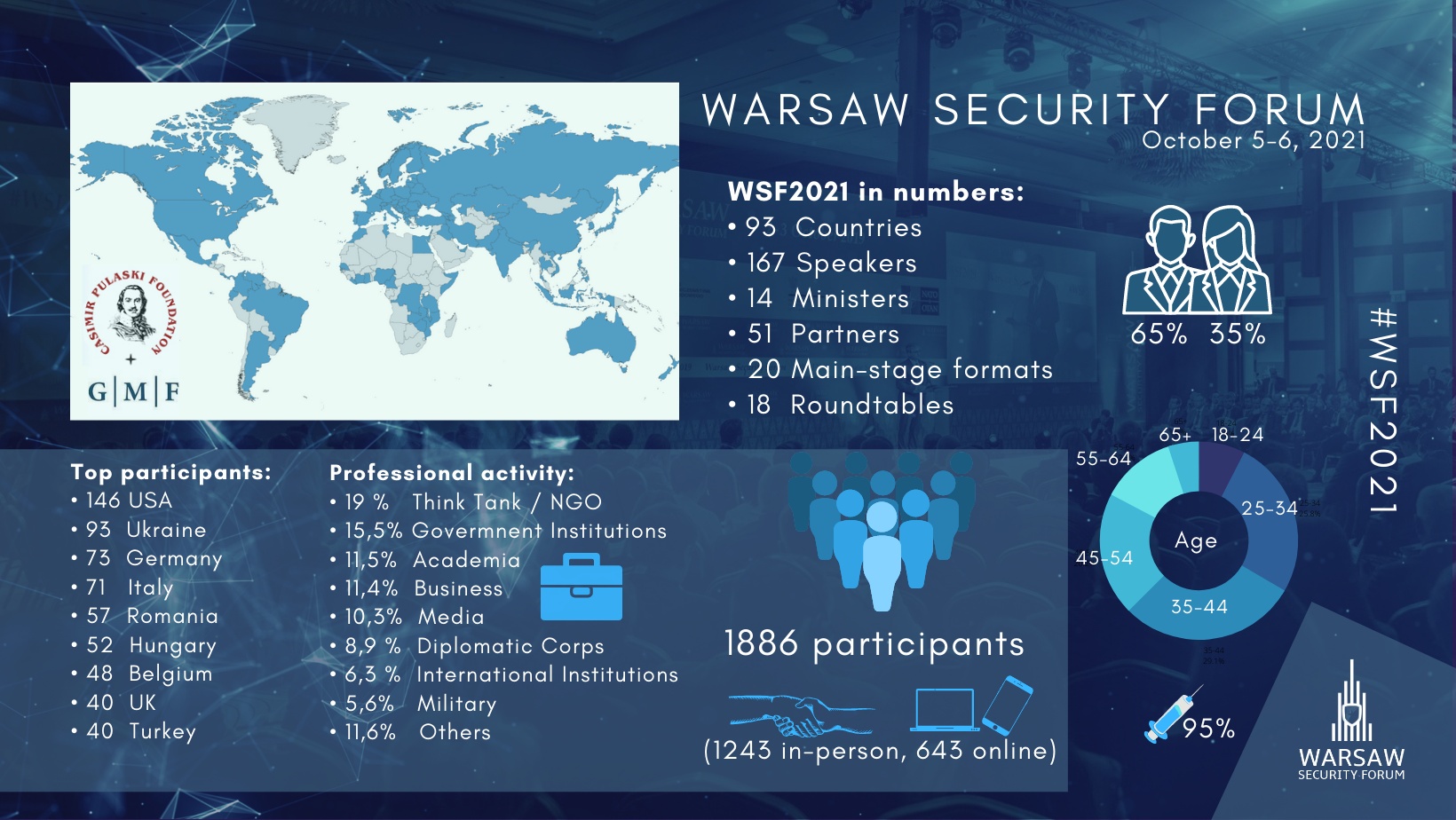 Almost 1900 participants from 93 countries, 167 Speakers, 20 main-stage formats and 18 roundtables… these are some numbers describing the Warsaw Security Forum 2021. Between October 5-6, Warsaw hosted most prominent heads of states, military representatives and experts in the fields of foreign policy, security and defence, becoming once again the capital of European Security and Freedom.

The eighth edition of Warsaw Security Forum focused on fundamental challenges to be addressed by the NATO, the European Union and Eastern Partnership as well as both organizations’ member states. The scope of topics encompassed international relations and cooperation between states as well as security issues putting pressure on security in cyber, energy and economical spheres. Not less important were subjects related to women’s involvement in shaping political decisions, terrorism, Russian Federation’s revisionist policies, One Belt One Road initiative and strict military aspects such as strengthening the alliance’s Eastern flank or the future of air and missile defense in Europe.

All main-stage discussions are available on our YouTube channel.

Warsaw Security Forum is a platform dedicated to high governmental and military representatives and experts facilitating exchange of experience and debate on crucial, current and future, security and political issues. The Forum aims at working out a collective response to challenges and threats faced by NATO and EU and deepening cooperation in the defence sphere.

Since 2014, the National Security Bureau of Poland is the Strategic Partner of the forum. Warsaw Security Forum is organized by the Casimir Pulaski Foundation and since 2020 is co-organized by the German Marshall Fund of the United States.

A report showing how the media covered the 2021 Warsaw Security Forum is here.