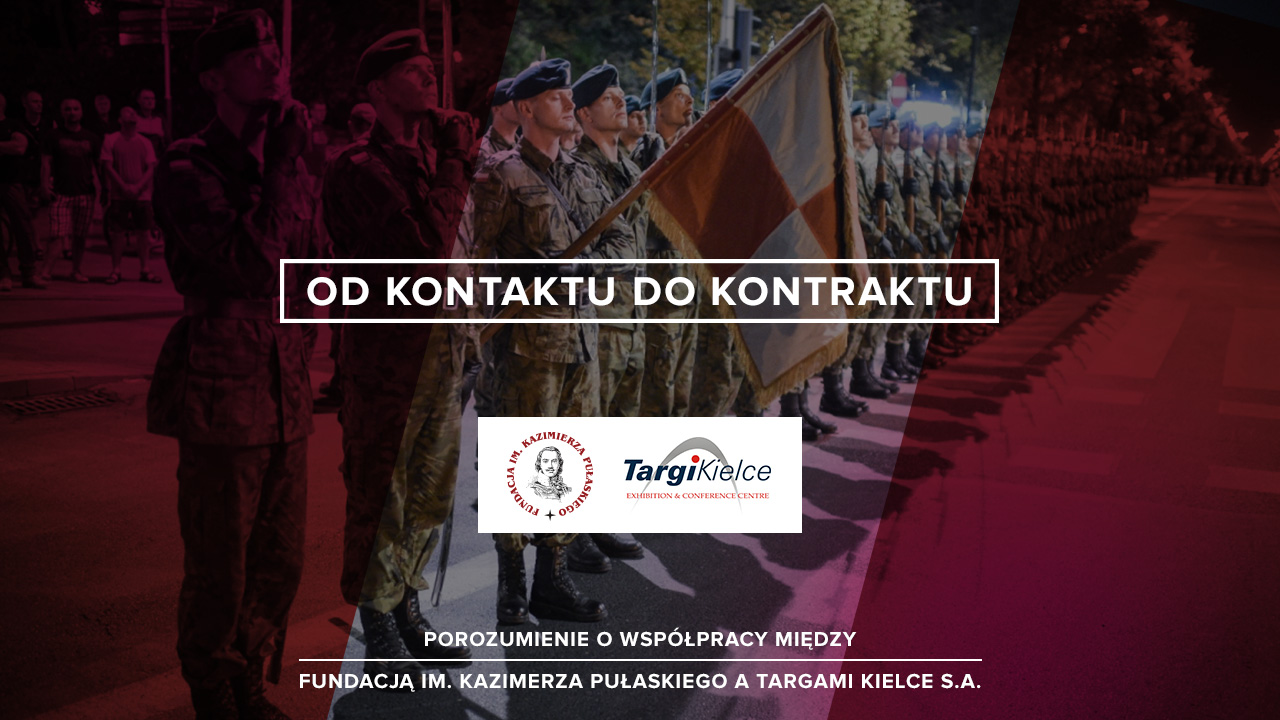 We are pleased to announce, that the Casimir Pulaski Foundaion, and the Kielce Expo have signed a memorandum of understanding regarding the cooperation between Warsaw Security Forum – one of Central and Eastern Europe’s most prominent conferences devoted to issues of international security – and the International Defence Industry Exhibition (MSPO) – one of three largest European defence industry exhibitions. “We are very proud that the two largest of its kind events in Poland have kick-started their official cooperation” – said Zbigniew Pisarski, Chairman of the Casimir Pulaski Foundation. “Metaphorically speaking, the spirit of this cooperation can be best surmised by the “from a contact to a contract” formula” – remarked Pisarski, indicating that the Warsaw Security Forum will serve as a natural place for building up on the business links established during the International Defence Industry Exhibition.

In the memorandum both sides recognized the importance of jointly organized efforts as an important platform for enhancing Poland’s international security environment. Both the International Defence Exhibition as well as the WSF are, according to the document, places where the security strategy of Poland is bolstered and developed. Sides to the agreement have also recognized the need for coordinating and creating synergy of their actions in the field of strengthening Polish and regional security, as well as in increasing Poland’s standing as far as foreign investors are concerned.

The agreement underscores the will of both sides to engage in cooperation preparing and organizing events linked to the WSF and MSPO, and that the cooperation will relate in particular to mutual promotion of the events, inviting attendees, as well as organizing panels and exhibitions. Both events are a mutually complementary platforms for reinforcing decision making centres responsible for shaping the foreign and defence policy of the Republic of Poland. The key objective of the cooperation is also to create a forum for discussion on the modernization efforts of the Polish Army, and promotion of Polish defence sector abroad.

The Warsaw Security Forum is an international conference, designed as a platform for intellectual exchange, and experience sharing between high level representatives of governments, advisors, and experts in international security, military affairs and politics. The overarching objective of the Forum is to develop effective answers to challenges and threats NATO and the EU states face, and to deepen regional cooperation in the military dimension. The previous editions of the WSF included participation of the Presidents of Georgia,  Giorgi Margvelashvili, Estonia (2006–2016) Toomas Hendrik Ilves, Prime Minister of Poland Mateusz Morawiecki, deputy Prime Minister of Ukraine Ivanna Klympush-Tsintsadze, Head of the National Security Bureau Paweł Soloch, Lithuanian Minister of Foreign Affairs Linas Linkevicius, deputy Minister of Defence of Hungary Tamas Vargha, Supreme Allied Commander Europe (SACEUR) of NATO Allied Command Operations Gen. Philip Breelove(2013 – 2016), as well as the Deputy Secretary General of the North Atlantic Treaty Organization (2012 – 2016). Since 2014 the National Security Bureau is a strategic partner of the Warsaw Security Forum. The Casimir Pulaski Foundation is the organizer of the WSF.

International Defence Industry Exhibition Kielce has been a staple event of the Polish defence industry for the past 25 years, and is widely considered to be the best advertising platform for promoting Polish based industries. It is also a place where the most modern military equipment produced worldwide is unveiled. This year, the MSPO will be held from 4th until 7th of September, while the open days are going to be held between September 8th and 9th, during which an exhibition of the Polish Armed Forces hardware will be presented. Both events are inextricably linked by the centennial anniversary of Poland regaining its independence. The MSPO is organized under a honorary patronage of the President of the Republic of Poland Andrzej Duda. In keeping with the long-standing tradition, a Presidential Award for a product best contributing to the safety and security of Polish troops, and a Ministry of Defence Award are going to be presented during the event. As in previous years, the Polish Armaments Group (PGZ) will be a strategic partner of the 2018 MSPO.