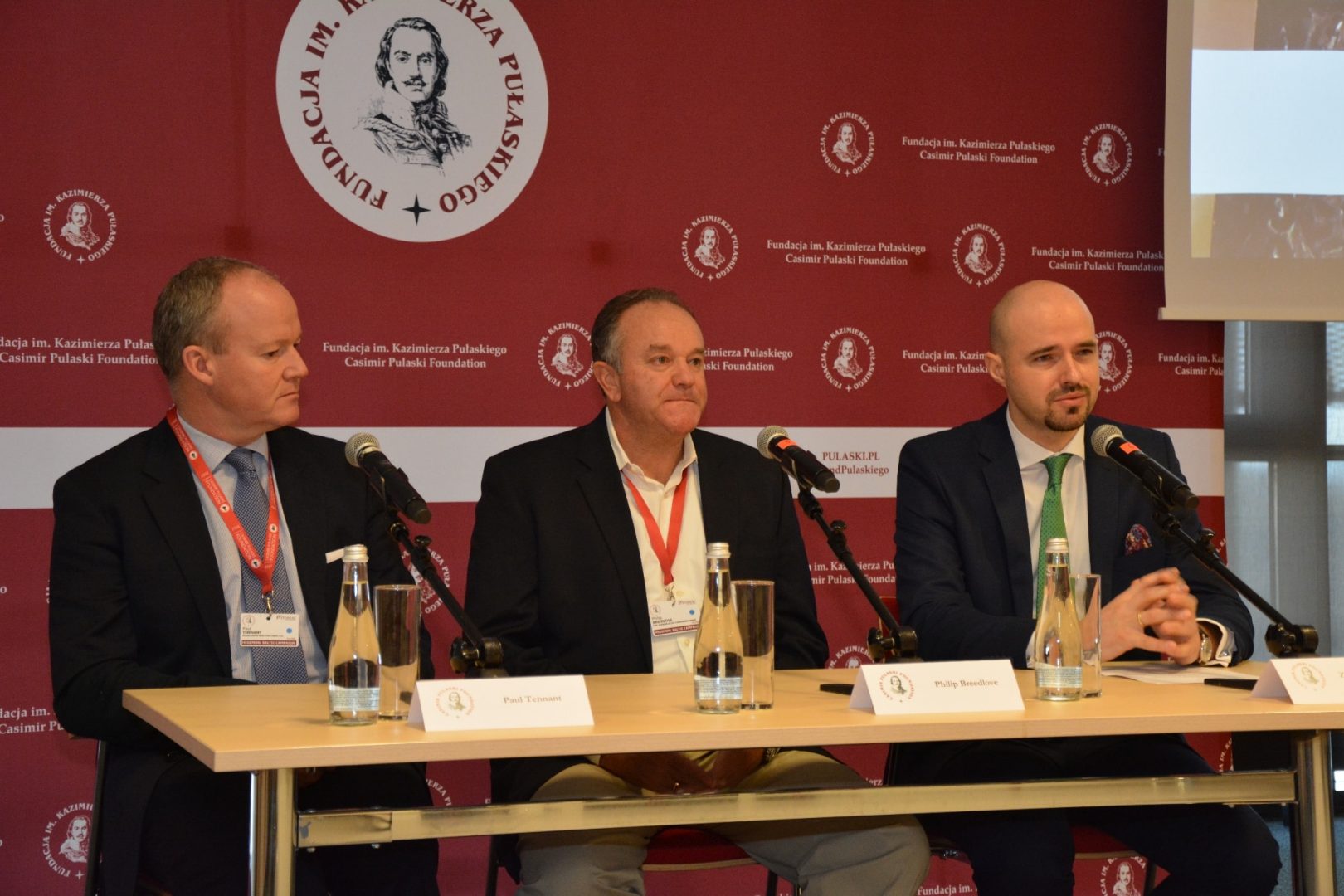 “Together with the gen. Breedlove we believe that the preparation for the potential threat from Russia is extremely important for the Alliance and its front states” – writes Philip Karber, president of the influential US think tank Potomac Foundation in a statement to the war game organised by the Pulaski Foundation in cooperation with the Potomac Found. “Our goal is a building awareness of the challenges and an encouraging people to ask questions about the security,” – said Zbigniew Pisarski, President of the Pulaski Foundation.

The Pulaski Foundation together with the Potomac Foundation organized the first joint war game “Baltic Security Scenario” based on the computer platform Hegemon. The event took place in Warsaw on 23-26 January 2017.
The purpose of the Simulation is to assist in the development of a regional and NATO accepted understanding of the nature of the Russian military threat to the Baltic States and Poland. The Baltic States and Sweden are already employing the HEGEMON Baltic Campaign Simulation to identify force structure and defence planning requirements for defeating Russian General Staff plans for the occupation of the Baltic States and the disintegration of the European Union and NATO.

Among the participants of the war game were former Supreme Allied Commander Europe (SACUR) gen. Philip Breedlove, commander of Allied Rapid Reaction Corps, ARRC gen. Tim Radford, generals and commanders from the Nordic countries and representatives of the Polish Armed Forces, military universities, the National Security Bureau and the Ministry of Foreign Affairs.

The simulation was performed using the platform and methodology Hegemon. Hegemon uses the interface of Google Earth and contains a complete regional system of battle and the calculation of the destruction for direct fire, indirect air attack and antiaircraft defence. The forces are controlled by players who in each turn give their subordinate units commands to move and attack. All commands are sent to the arbiter, who decides the results of movements and struggle. All commands are issued and executed simultaneously.

The importance of simulation underlined Dr. Phillip Karber, president of the Potomac Foundation, who pointed out that last year Russia announced its intention to restore the First Guards Tank Army, disbanded after the end of the Cold War. Location of these forces around the Smolensk can be worrying, in particular in the context of the information coming from Moscow. “The First Army will be organized in three divisions and three brigades. The group will consist of 700 tanks, 1300 armoured vehicles, 500 artillery systems and a lot of rocket launchers, protected by an umbrella densely spaced mobile radar – it’s a significant strike force” – said Karber.
Russia announced that the First Tank Army must be ready until spring and tested during exercises Zapad 17, organized in September this year in western Belarus. Russia ordered more than 4000 railway wagons to transport heavy equipment to Belarus (while on the last exercises Zapad 13, were used only 200 wagons), which is sufficient to transport all the vehicles of the First Panzer Army together with significant amounts of ammunition and supplies. “This would be the highest concentration of offensive equipment in Eastern Europe since the end of the Cold War” – added Karber.

The organizers of the event believe that participation in realistic simulation, which was attended by military experts (as opposed to the simplified war games) is an effective instrument for the analysis of the military challenges for members of the Alliance.

The report from the event will be submitted to the Minister of National Defence Antoni Macierewicz, and Deputy Minister Tomasz Szatkowski, who oversees the Strategic Defense Review (SPO).

A debate on the future of security dialogue in Europe

Discussions on threats and challenges faced by the OSCE