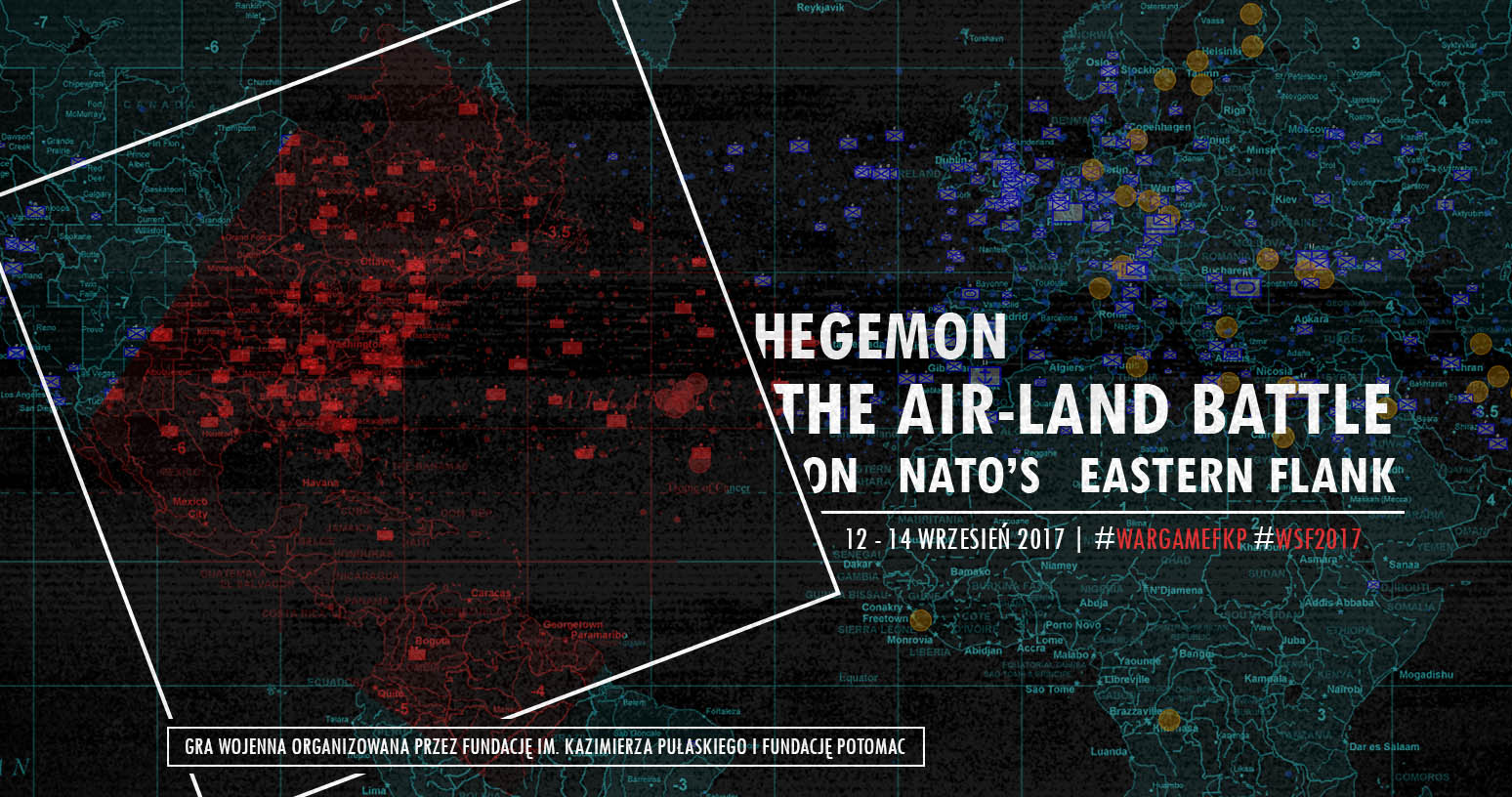 On September 12-14 this year, the Casimir Pulaski Foundation in collaboration with the Potomac Foundation organizes the HEGEMON platform War Game, called “The Air-Land Battle on NATO’s Eastern Flank”. Among the participants of the event will be the representatives of NATO and EU forces as well as military experts. The Game wil assess the effectiveness of the newly formed Polish Territorial Defense Forces. The War Game will be played in the context of the upcoming maneuvers related to Zapad (West) 2017.

The purpose of the simulation is to understand the nature of military threat from Russia to the countries of NATO’s Eastern Flank. Being organized in September this year, the HEGEMON simulation aims to evaluate the Territorial Defense Forces (TDF) could assist in the contribution to defeat Russian plans for invading Poland, assuming that the TDF are organized, equipped and trained, and demonstrates complete combat readiness. The War Game will drawn upon extensive knowledge of the Potomac Foundation about the operational planning issues as well as Russia’s regional military geography and potential. The direct participation of some of the Foundation’s employees in decades of NATO assessment of the operational contributions that could be made by the TDF during the Cold War will also be taken into account.

The simulation will be enriched with presentations and discussions by the guests, specialists in the field. In particular, Dr. Reiner Huber, from the Bundeswehr University, along with Dr. Phillip A. Karber, from the Potomac Foundation, will both present their papers, which previously served as the basis to understand the contribution of the Territorial Defense Forces to defensive capabilities of Germany, Denmark, and the Netherlands against the Soviet assault in times of the Cold War. Furthermore, among the invited guests, former and present commanders from the United States, Finland, Ukraine, and the Baltics.

Senior military personnel, experts and representatives of Polish and foreign governmental centers are also invited. Meanwhile, gen. Tim Radford, from the Allied Rapid Reaction Corps (ARRC), and gen. Paul Tennant, both have confirmed their participation in the event.

The War Game is played in response to the Zapad (West) 2017 maneuvers, which is planned to take place from September 14-20 this year. According to the official data, about 12 700 soldiers from Belarus (7 200 soldiers) and Russia (5 500 soldiers) are going to participate in the Zapad (West) 2017 military exercise, 3 000 of which deployed in the territory of Belarus. The maneuvers will also account for about 70 aircraft and 680 units of other armament systems, including 250 tanks.

On September 11th, a press conference is conceived with participation of the President and the Vice President of the Potomac Foundation, Dr. Phillip Karber and Dr. Phillip Petersen respectively. The press-conference will take place in the headquarters of the Casimir Pulaski Foundation at Oleandrów 6 street, Warsaw.

Press Briefing: “Zapad'17 exercise is a training for an invasion; even though an actual conflict is unlikely, ithas to be taken seriously”.