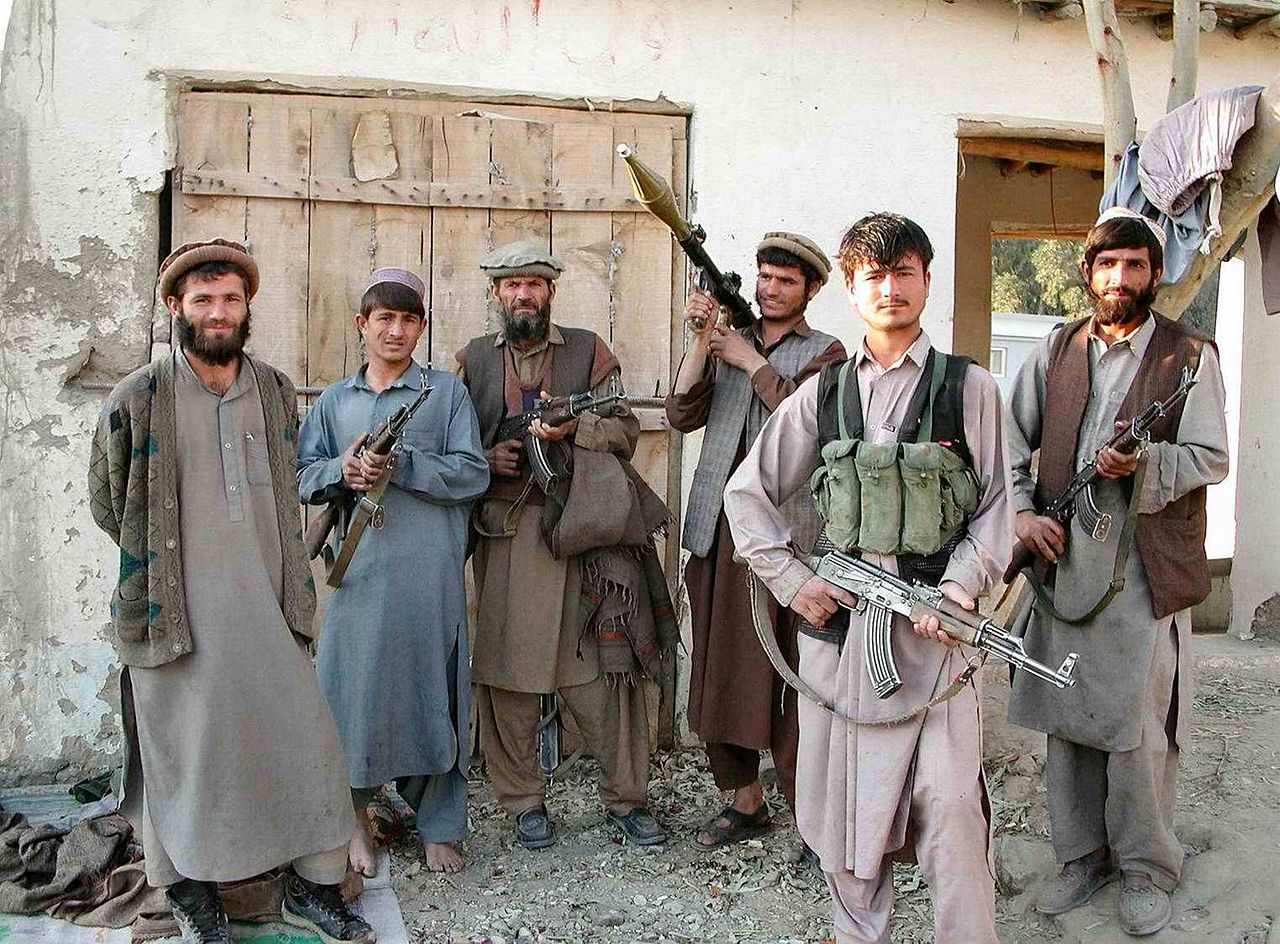 The President Obama Administration decided to eliminate Taliban leader Mullah Mansour after his reluctance to continue peace talks with Afghan government. The regional indicators are providing more promising ground for the future prospects regarding peace talks and it will give chance to neighboring strategic players to get involve in the serious initiatives toward peace process. United States and its allied partners will continue to push Afghan-owned peace process in which both Taliban and Afghan government can manage to bring lasting solution to the conflict.

On the 21st of May 2016 a drone operated by the United States Armed Forces hit the car transporting Taliban leader mullah Akhtar Mansour on the border area of Pakistan and Afghanistan (his death was confirmed by United States Department of Defense, the Afghan government and Taliban). The Pakistani government was reluctant to confirm the death at first, since he was traveling under a pseudonym (his documents stating he was Wali Mohammad, a resident of Qilla Abdullah, Baluchistan). However, later the positive identification was confirmed through DNA testing.

On July 2015 mullah Mohammad Akhtar Mansour was elected as the new Taliban leader after the death of mullah Mohammad Omar who had been leading the Taliban for twenty one years (since the establishment of the movement in Afghanistan). Mullah Akhtar Mansour was a member of the Taliban government and mullah Omar’s deputy. He led the Taliban structures since 2013 and represented them in peace talks with the Quadrilateral Coordination Group (US, China, Pakistan, Afghanistan). Mullah Mansour was also directing the Taliban office in Qatar responsible for peace talks with the Afghan authorities. One of the main challenges he had to face was the resistance within the Taliban militant organization. Small factions led by mullah Yakoob (son of late mullah Omar) and mullah Mohammad Rassoul resisted Mansour’s leadership at first but then decided to join the movement under his command. During his time of leadership, he had to struggle with internal opposition which also tried to remove him by force in December 2015, when he was targeted by gunmen in Quetta, Pakistan. His leadership over the Taliban was marred with accusation of corruption and wrong decision making as well as challenged by other commanders. Yet he was able to successfully lead the military campaign in 2015 against the Afghan government and the forces under his command were able to seize northern city of Kunduz for a short period in April – which was considered the biggest Taliban victory in the battlefield since 2005.

Killing of mullah Mansour has several internal and regional dimensions and weights on US, Pakistani, Saudi, Iranian and Russian policies in the region. The United States required a persuasive milestone to oppose the domestic and international narrative against the continuing presence in Afghanistan. Mullah Mansour was struck by the US drone operation not administered by the CIA but Pentagon and this is the only difference when we compare both the Osama Bin Ladin and mullah Mansour killings. The major shift in the recent policies of President Obama vis-à-vis Afghanistan came after a Taliban offensive in Kunduz last September. At first he was reluctant to continue substantial military presence in Afghanistan beyond 2016. After increasing pressure from the Republican opposition members and Pentagon, President Obama decided to retain it until a decisive outcome. Killing of the incumbent leader of the Taliban may be accounted as an important military victory for President Obama in his last months in the Oval Office.

Mullah Mansour was holding a fake passport with valid Iran visas and was a frequent traveler not only to Iran but also to other Gulf Region states. Some reports suggest that Iran is hosting Taliban leader’s families and providing them with funds to become independent from Pakistan and Saudi financial and logistic support and to run its offensive against Islamic State in Afghanistan and the incumbent Afghan government in power.

Death of mullah Mansour may also complicate Russian activities in Afghanistan, that  leverage the Taliban against Islamic State and safeguard Russian interests in neighboring Central Asia. Russian envoys made contact with the Taliban representation in Doha on several occasions, including the release of Russian pilots kidnapped in Afghanistan in April 2013 after the helicopter crash. The release showed Russian potential in dealing with rebellion and was additional proof of continuing Russian interest in Afghan matters. Deadly strike on the Taliban leader may hinder these relations in a short time.

Soon after confirming the death of their leader, the Taliban announced via social media and their webpage that they elected a new leader – maulawi Haibatullah Akhundzada. Akhundzada is a well-known religious scholar born in the Panjwayi (district of Kandahar province in Afghanistan). He was a senior judge during the five year Taliban government and became chief justice after September 2001. His hardline rulings have justified military offensives and guerilla-type operations against NATO forces and the Afghan government. Being a non-military commander in the past he chose two aggressive deputies: mullah Mohammad Yakoob and Sirajuddin Haqani. They both had been vital in the last year military offensive against the Afghan government in Kunduz and Kabul. First deputy  Sirajuddin Haqqani is from a well-known family of warlords situated both in Afghanistan and Pakistan border region. Since 2010 he has been one of the prominent leaders in Taliban’s Quetta Shura (gathering of leaders). He is heading a military command in southern provinces and he is a key figure in any decisive move towards strategic military advancement and guerrilla warfare. Second deputy Mullah Yakoob is the eldest son of late Mullah Mohammad Omar and was brought up in the war torn Afghanistan after Soviet invasion. He is heading military command of northern provinces on parallel and he is also leading the wing of young Taliban fighters. Mullah Yakoob is also a member of the decision making council (Rehbari Shura).

The election of mullah Akhundzada might be a message from the Taliban leadership that they would rather continue a dialogue with the Afghan government. Mawlawi Haibatullah Akhundzada was heading a negotiating team of Afghan Taliban in the peace process in early 2016. The less known Taliban figure has great repute and respect among the leadership due to his scholarly background and services being rendered as the chief justice. There is very little chance that he may face any resistance within the Taliban faction as he is also a religious teacher to a number of prominent Taliban leaders. Keeping Haqqani as his deputy shows that the new leadership would try to direct the peace talks in a possibly productive way. The Taliban spokesperson also disowned the statement of rebuttal against the government in revenge for the killing of Mullah Mansour. This gesture by the new leadership showed the seriousness towards the peace process.

This year will be crucial in terms of future prospects regarding the NATO and United States presence in Afghanistan. President Obama’s recent decision to redefine the strategic support in Afghanistan both militarily and financially will seem to change the ground rules by pushing Afghan force at forefront to combat militant movement with exception of tandem necessary assistance. Upcoming NATO summit in Warsaw may provide clear direction for Afghan peace process as Secretary General Jens Stoltenberg reaffirmed commitment to sustain NATO-led mission beyond 2016.

The killing of mullah Mansour could possibly boost the morale of the Afghan National Army fighting on frontlines and gives a message to the Taliban and regional players to change their strategies towards the conclusive peace process. United States has made it clear to the Taliban leadership, that they will not find a safe haven anywhere, if they are not serious towards the peace process. Pakistan must demonstrate its real capacity and assert its influence on the Afghan Taliban leadership to bring them to the table and reinitiate meaningful peace talks. Ashraf Ghani has to take a constructive approach to reduce corruption, strengthen civil and military institutes and gain unity amongst the government itself rather than repeat the policy of former President Hamid Karzai, blaming Pakistan for its own failures. The Afghan government can utilize the personal expertise of Gulbuddin Hekmatyar – a leader of Hezb-e-Islami after a peace agreement with his party to bring Taliban to the table for serious negotiations and shift the dynamics of the region in a positive direction towards lasting peace. All the players involved in the Quadrilateral Coordination Group for the peace process have exaggerated expectations towards each other. Now is the time when everyone has to show a genuine capacity and effort to revisit their strategies and produce a long term solution.