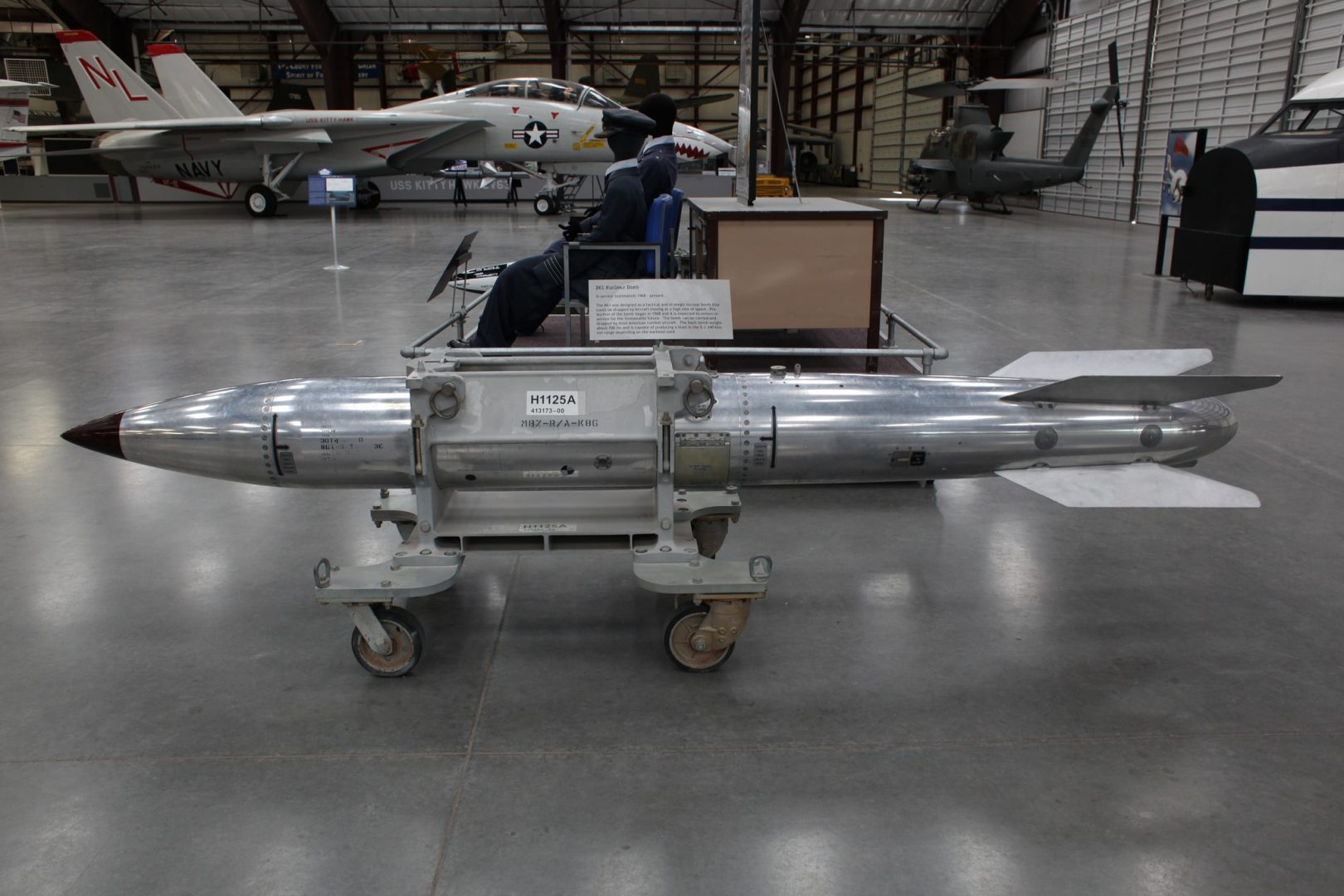 Nuclear arsenal continues to play a narrow but crucial role in the U.S. military strategy. But, as most European NATO member states perceive the outcome of the U.S. 2016 presidential elections as ‘unexpected’, a debate on European nuclear deterrence capability as an alternative to the American one rekindles in major European capitals.  Sensitive issue of the future of nuclear deterrence strategy and nuclear arsenal in Europe requires urgent action and smart funding commitments, both by the U.S. and its European allies.

Since the end of the Cold War, the United States has sought to reduce the role of nuclear arsenal in deterrence of non-nuclear attacks on itself and its allies. The United States continue to strengthen conventional military capabilities, missile defence, and counter-WMD capabilities in order to deter potential conventional attack. Nevertheless, the nuclear forces continue to play a limited but critical role in the U.S. military strategy. They address threats posed by states that possess nuclear weapons and governments breaking their nuclear non-proliferation obligations. The U.S. National Security Strategy of February 2015 states, that the United States will keep on investing in essential capabilities, like the nuclear deterrence. But, as most European NATO member states  have perceived US 2016 elections as an ‘unexpected outcome’, a debate on European nuclear deterrence as an alternative to the U.S one rekindles in major European capitals.

The future of NATO nuclear deterrence policy is facing a great uncertainty today. The United States has one tactical nuclear warhead deployed in Europe for every Russian 10. Should Europe reach today the point where its adversaries no longer believe that the United States would resolve to nuclear counterattack, even in the face of the most egregious act of aggression, the effect could cause adversaries to behave more aggressively. The adventurist behaviour of Russia over the past few years clearly proves why it refused to shrink its tactical nuclear arsenal, when the Obama administration negotiated the New START Treaty which limited each, the United States and Russia, to deploy no more than 1550 strategic warheads on no more than 700 deployed intercontinental missiles and bombers. Those limits are to take effect in February 2018, but it was never in Russia’s interest to cut that particular category of weaponry, so it didn’t and the American negotiators relented. Russians threatened explicitly by conducting nuclear war-games, and simulating the launch of tactical nuclear missiles against U.S./NATO military sites in Poland and the Baltic region. Lack of credible U.S. response and diffused nuclear deterrence policy might lead Russia to take an  action with catastrophic consequences.

The very sensitive issue of the future of nuclear deterrence and nuclear arsenal in Europe requires urgent action and smart funding commitments, both by the U.S. and  other NATO member states. The key to bring reluctant members on board is to demonstrate with concrete actions, such as the Pentagon’s new budget proposal to spend $3.4 billion in the fiscal year 2017 to bolster U.S. and NATO military capabilities in Central and Eastern European countries ensuring that greater and sustained investment in conventional force improvements will make them safer. The U.S. has recently withdrawn about 90 percent of its forward-deployed nuclear weapons from Europe. In 2013, the Obama Administration following ‘a nuclear free world’ initiated the Life Extension Program (LEP) for the B61 tactical nuclear weapon, which is the last nuclear weapon the U.S. keeps in Europe, and the only remaining tactical nuclear weapon in the U.S. arsenal. The LEP will extend the life of the B61 by 20 to 30 years, and could cost over $8 billion. The U.S. and NATO must make commitments to maintain the U.S. nuclear presence in Europe since American weapons contribute to the cohesion of the Alliance. The U.S. must maintain a strong position in order to protect its national security interests, assure allies, and deter adversaries especially in the Eastern Europe. New administration  must also increase U.S. military strength and develop capabilities that will allow it to pursue a “protect and defend” strategy. The B61 LEP is part of that strategy. The LEP and B61 are important for maintaining a science and technology base that allows the U.S. to keep its weapons safe, secure, and reliable. It will also maintain a U.S. commitment to transatlantic security.

No wonder that the Europeans are worried about Trump’s views on NATO alliance but worrying is obviously not a policy. Europeans must look for ways to shape new administration views. The new team in Washington will likewise require a revised nuclear security strategy to counter any possible adventurism or use of nuclear weapons “pre-emptively” against the U.S. or its allies in Europe. The North Atlantic Alliance must have full financial support and political commitment of its member states. The Trump’s administration must find a way to engage with Russia and to defuse rising tensions in bilateral relations, but not at the expense of its commitment to its allies and international law. A joint and comprehensive effort is imminent to preserve confidence-building mechanisms and the 1987 Intermediate-Range Nuclear Force treaty. As stated recently by former U.S. Senator Sam Nunn,as long as American tactical nuclear weapons remain deployed in Europe, all NATO member states share responsibility for their security; the same way as whole of NATO has a stake in the security of Russian tactical nuclear arms; and Russia has an equal interest in the security of NATO weapons as well as their own.

Finally, President Trump should have a clear and affirmed strategy towards NATO security. Countering Weapons of Mass Destruction (WMD) terrorism requires a counter-proliferation (CP) effort to thwart the acquisition of WMD capability as well  as a counterterrorism (CT) efforts to identify and neutralize terrorist WMD plans and intentions. Accordingly, senior officials must ensure clear lines of responsibility and accountability to make sure that there are no gaps in coverage between the CP and CT policies and intelligence community.

ANALYSIS: What next with Syria?