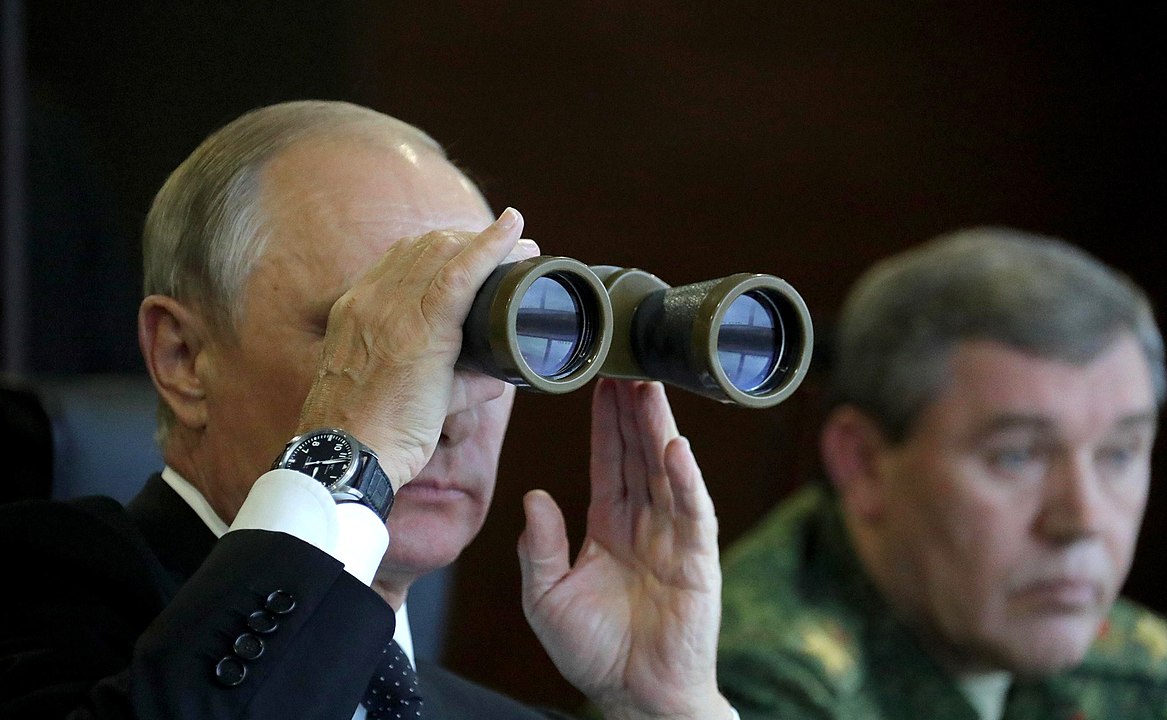 Russia has conducted Zapad-2021, the latest instalment of its quadrennial joint military exercises with the Republic of Belarus. They lasted from the 10th until the 16th of September 2021. A large part of the exercise took place on the territory of Belarus, requiring a significant number of Russian military units to be transported into the former Soviet republic, where they carried out the various manoeuvres that the Zapad-2021 set of operational objectives required from them.

Most of what was seen in the news reporting and in the video coverage of the Zapad exercise, was the, “hot phase” of the entire week-long event, as the Russians refer to all types of live-fire exercises. The intent of those impressive explosions that take place while armoured vehicles and airborne platforms are put through their paces, is more of a PR exercise than anything else. The military predominantly strives to impress “the Tsar,” as Russian President Vladimir Putin is often referred to, along with other dignitaries present in the VIP area. Casual observers are also set to be impressed by the level of Russian firepower being brought down in one area. But perhaps the most important PR target of all, are the foreign defence attaches and other third-nation observers, who are permitted to view the exercises from a prime vantage points. The bulk of Russia’s defence industry is controlled by the Rostec holding company, and defence export orders are the purview of the state-run arms sales broker, Rosobornexport (ROE). This is no small matter in that Russia’s industry depends greatly on external sales to provide the revenue stream and economies of scale in production to finance purchases for its own armed forces. The dealings of Rostec, which also controls ROE, are also of great interest to President Putin, as the mammoth corporate entity is run by Sergei Chemezov, one of Putin’s closest long-time confidants. The history between the two goes back to the Cold War period, when both were assigned as Soviet KGB officers to a post in Dresden, in the former Communist East Germany.

The performance of Russia’s defence industrial sector that Chemezov controls is becoming of greater significance all the time for Russia’s leadership for three main reasons:

More than 200,000 Russian and Belarusian troops took part in this year’s exercise. This is a significant expansion from previous Zapad exercises in 2013 and 2017 that involved only between 50,000 and 75,000 troops.  However, experienced observers of Moscow’s armed forces have stated that focusing on the aggregate numbers cannot provide the real understanding of Zapad. There is a far greater significance in the type of weapon systems that the two sides were carrying out their joint operations with. Examples include the joint aerospace operations at the 61st Fighter Air Base of the Belarusian Air Forces (military unit 54804), in Baranovichi. At the same time as these air force units were engaged in their part of the exercise, joint Russia-Belarus air-defence units were deployed to the western district of Belarus and were practicing the interception of NATO and other western/Nordic-state aircraft. These air defence personnel were being drilled in the operation of the Almaz-Antei S-400, the most advanced SAM complex in the Russian arsenal.

These batteries, which Belarus will be taking delivery of as part of its larger weapon acquisition scheme from Russia, will be deployed within four kilometres of the Polish border. However, they are only the beginning of what is projected as a staged modernisation of the Belarus armed forces through the delivery of new Russian equipment.  The 12 new Sukhoi Su-30SM fighter jets that are being delivered to Belarusian units, are a generation or more improvement in technology beyond the older-model Soviet—era MiG-29 and Su-27 models in the current Belarusian inventory. Regardless, these 12 airframes are only a portion of what would be required for the former Soviet republic to have a seamless air defence and interceptor network that meshes with their Russian neighbours. Current analyses call for Belarus to have at least 36 modern fighters to be operational at any one time. Given the standard availability rates due to down times for maintenance and other technical faults, this means that Minsk needs at least 50 or more of this class of aircraft. These would most likely be split between the 61st Fighter Air Base, the 116th Guards Assault Aviation Base and the 50th composite air base (Machulishchi airfield).

There are numerous take-aways from Zapad-2021, but the overarching lesson is that the goal of the exercise as stated by Moscow’s state-controlled news outlets is more than deceptive. Kremlin mouthpieces repeatedly states that the exercise is defensive in nature, but in fact Zapad-2021 is all about preparing the Russian military to launch a full-scale attack against NATO with minimal notice. The intention was to prepare Russian units for a campaign where they would move out quickly and with enough logistical support to sustain an offensive operation for several days before being required to stop and re-group.

In line with this overall Russian objective of the Zapad exercise are several major components:

Overall, there is a duality to the Russian objectives. One is the four-year long training cycle that Zapad-2021 is the culmination of – just as Zapad 2017 was. All of these lessons learned above that are developed in these four-year periods and others are what should be the focus of any serious study of these Zapad exercises – particularly the three-months of build-up and deployments that take place just prior to the week of manoeuvres. In parallel with overall military readiness that they are designed to enhance, Russian industry is also geared up to go into surge production mode in the event of a major military conflict.

The other objective is the traditional Russian methods for diverting attention by presenting the proverbial “shiny object” for the casual observer to fixate on. Analysts of Russian military planning offer the warning that this is part of an overall plan to engage information operations, cyber warfare and other integrated activities – all to try and cause the other side to unknowingly make wrong decisions. This is the essence of the Russian methodology of “reflexive control”, and it is always on the agenda in this or any other major Russian military activity.

1. The importance of the Zapad exercises increases with each four-year cycle for several reasons, and they continue to play a larger role in both domestic and external Russian affairs.

2. Geopolitically, the uncertainty of the future of Lukashenko combined with Moscow’s continuous efforts to threaten Ukraine, as well as a very contentious process for the Germans to form a new government, created a perfect storm for Putin. Lukashenko has spoken openly about the long border that his country shares with Ukraine as being a major security issue (another sign that he fears the importation of a colour revolution rather than an attack by NATO). At the same time, any possible space for disorder in the German political environment has always been spoken about as a likely scenario for Moscow to flex its military muscle.

3. The number and size of new weapons, as well as the increased scale of the Zapad exercise suggests that if Moscow decides to move out against its neighbours it will not be a Georgia 2008 or Donbas 2014 scenario (a short thrust to grab one or two small pieces of territory on its border). Instead, it will be a coordinated attack across a broad front with several main offensive thrusts pointed at strategic objectives.

4. Russia continues to make increasing use of both unmanned and non-kinetic assets and is perfecting their use in creating disinformation, sewing disorder and disrupting communications (adding layers of confusion to the proverbial “fog of war”). Russian military writings openly discuss the use of unmanned platforms for EW and other cyber-related missions that would have previously been carried out by manned platforms or spetsnaz units operating as infiltrators.