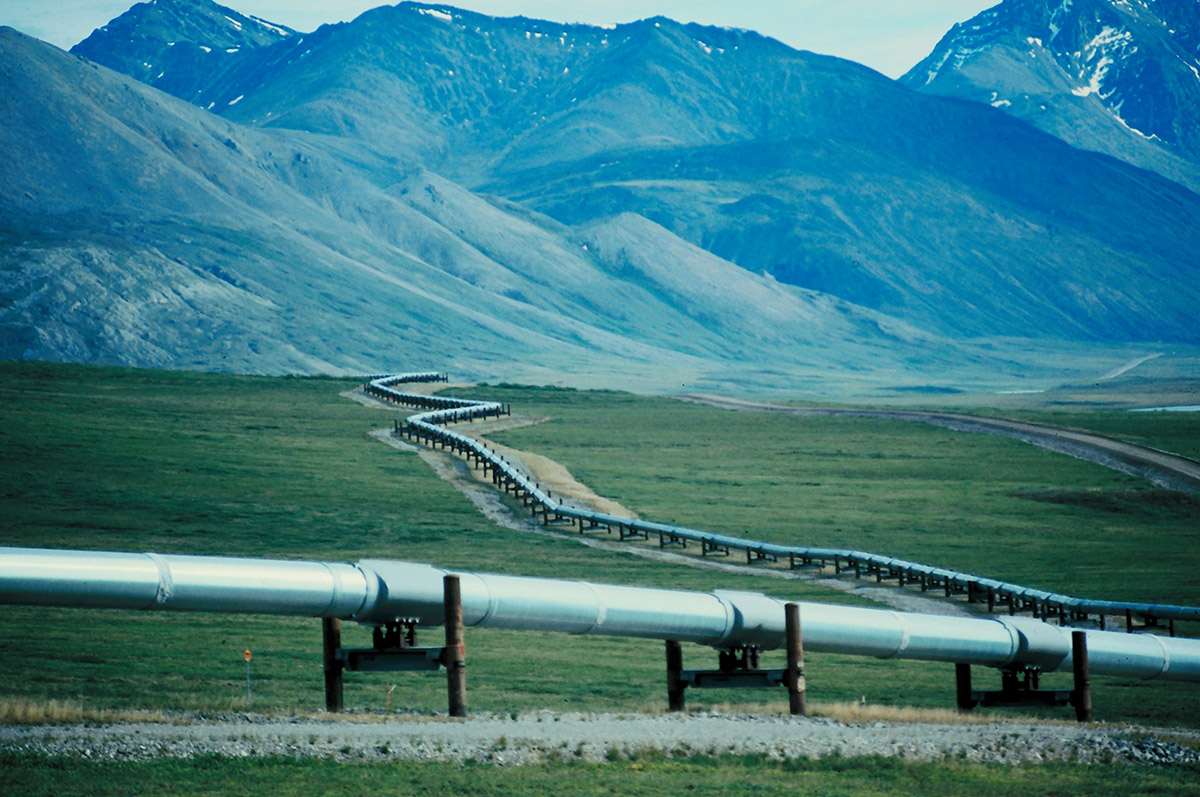 The understanding of close links between foreign and energy policy was first reflected in the Russian Federation’s 2003 Energy Strategy. Improving Russian position in international system through savvy use of energy resources is also one of the key goals of the next Energy Strategy – 2030. Moreover, the project of the future Russian Energy Strategy – 2035 has highlighted that a new key goal of energy policy for the coming years is to strengthen Russia’s position in the global energy markets. Therefore, one can read between the lines in all of Russia’s Energy Strategies that it aims at becoming a global energy superpower in the near future. Russian energy policy is frequently effective because the Russian president and prime minister are directly involved in the decision-making process of state-owned oil and gas producers and distributors. Putin’s knowledge of energy policy and industry is no match for any of his European counterparts.

The promotion of Russia’s national interests through using energy resources formed the curriculum of the education program for future diplomats. For example, the International Institute of Energy Policy and Diplomacy, established in 2000, aims at preparing the so-called future energy diplomats. From 2010, the course of “Russian energy diplomacy” became a part of the education program in all relevant universities. In fact, Russian energy diplomacy today has an institutional dimension and has preserved many Soviet features and methods of work in the international sphere.

Most notorious is Russia’s uncompromising position during negotiations, focused on achieving predetermined results.  Generally, the components of such approach are hard statements of issues, blocking alternatives and, at the minimum, heated discussion with elements of stressed imposed on the counterpart. EU-Ukraine-Russia negotiations regarding the so-called “2014/2015 winter gas package” are an illustrative example of this approach. After whooping 7 rounds of negotiations between Russia and Ukraine that was facilitated by European Commission (EC), a $4.6 billion “winter package” securing gas supplies for Ukraine and the EU was agreed upon. It was difficult to organize such negotiations before the winter period. Moreover, Russian propaganda sought to escalate the conflict predicting the crash on the European market through the so-called “Ukrainian problem”. The dramatization of the situation around gas supply to Europe via Ukraine began in August 2014. Finally, European and Ukrainian authorities were limited by time and worked under the pressure of a possible energy catastrophe.

Undoubtedly, Russia achieved several of its most important goals. First of all, Gazprom coerced Ukraine to pay its $3.1 billion depth in full. Second, agreement stipulated that Russia will only provide gas supplies to Ukraine based on pre-payments. Third, the gas price for Ukraine remained at the level of $385/cbm. Next, the EC and the International Monetary Fund became Ukraine’s guarantors.

Russian success in negotiations was largely due to a very difficult position which the European diplomacy was facing at the time. Before the active period of EU-Russia-Ukraine negotiations, a gas stress test was conducted. According to the results of the test, the Central and South-Eastern Europe would be the most vulnerable countries in a crisis. Firstly, it needed to find a compromise in Russian-Ukrainian gas conflict and, secondly, minimize risks of a limitation or interruption in Russian gas supply to Europe. All goals were achieved at the same time that European diplomats accepted all conditions of their Russian counterparts.

The following popular approach of Russian diplomacy is to create and use conflicts with partners. This idea was described in detail in the book of James Sherr, “Hard Diplomacy and Soft Coercion: Russia’s Influence Abroad”. The British expert discussed the conflict concerning the 4 billion USD debt owed by the self-proclaimed Republic of Transnistria to Gazprom. The Russian Federation’s Deputy Prime Minister Dmitry Rogozin, was reported as saying that if “Chisinau does not recognize Transnistria, the debt for the gas consumed by Transnistria, becomes a duty of Moldova, and Chisinau will have to pay”. Following this logic, Moldova should take responsibility for a system created by Russia against its objections. A similar approach was exploited by the Gazprom regarding the separatist region of Eastern Ukraine. Russia’s true intention of using this strategy was to create an international precedence regarding the status of Donbas. If Ukraine refused to pay region’s debts, it would implicitly affirm Russia’s claims to the disputed territory.

The next instrument of Russian energy diplomacy ought to be called a political exchange. It is likely that this is Putin’s favorite method of achieving his goals. After two gas crises (2006 and 2009), the Ukrainian authorities were forced to accept a sharply increased (but still discounted) gas price. Indeed, the low gas price was the cornerstone for the Ukrainian economy, which is very energy-intensive. Back in 2010, Russia and Ukraine signed a new ten-year agreement that offered Ukraine a 30% discount on the gas price in return for a 25-year extension of the lease for the Russian Black Sea Fleet at Sevastopol. This example shows Russia’s ability to use its energy resources as an instrument for political exchange in foreign policy goal achievement.

At the same time, Russia is the biggest but not the only gas and oil supplier to Europe. Currently, there is a network of 8000 km of underwater pipeline links between the gas production regions of Norway and Germany, the UK, France and Belgium. Moreover, the Polish initiative to build a trans-Baltic pipeline is still subject of discussion at the European Commission. Therefore, the focus of the attention of Russian energy diplomacy is its direct competitors in the European oil and gas markets, which chiefly includes Norway. The approach of “suppression of competitor” is often used by Russian diplomats.

In this context, it is very important to mention about the annexation of Crimea. The Ukrainian conflict is no longer viewed as local but as a part of a deep crisis in relations between the West and Russia. Uncertainty as to Russia’s policy and interests is on the rise, and there is a concern that the crisis may escalate and draw in the Baltic States, northern areas and even Norway’s arctic province of Svalbard .The Norwegian government admits that Russian diplomats may start a dispute over the status of Svalbard. This makes the situation more dangerous and less predictable.

Similarly, Sweden is also under the pressure of Russian energy diplomacy. The project of Nord Stream 2 (NS2) poses a challenge to the Energy Union. In August 2016, the Polish anti-monopoly regulator UOKiK blocked the establishment of a joint enterprise. Now, it is very important to find other ways of stopping this project. Sweden is the first country along the course of NS2. But there are no signs of Sweden planning to prevent the construction of the project. Nevertheless, if the problems with Sweden occurred because NS2 went through Swedish territorial waters, it would be a powerful argument together with the Polish initiative to block this project. However, Stockholm does not want to use its national laws to block NS2.“We can’t bypass the negotiations with Sweden. This threat is far more important than the story with Poland,” – told Director General of the National Energy Security Fund K.Simonov. Obviously, Swedish politicians have still not decided. “Sweden’s government does not support the building of the German-Russian NS2 pipeline, but has no legal way to stop it” was the message from Foreign Minister Margot Wallström. Most likely, frequent maneuvers of the Russian navy close to the borders of Sweden have had a direct impact on the decision making process in Stockholm.

1. The unique features of Russian diplomacy are its capacity to use negotiations as an instrument of promoting national interests, influence and manipulation of public opinion, uncompromising, slyness, bluffing, fighting for the value whereby the end justifies the means and maintain an unfavorable situation before the achievement of a desired result.

2. On the European space, by toying with some European leaders, offering discounts on gas and engaging in joint business projects, Russia undermines the solidarity of European countries. The EU Member States should respond with a strategic vision for regional energy security, rather than concentrate on short-term national interests.

3. The Energy diplomacy of the EU could be a valuable tool to face not only Ukraine-Russia crisis, but also future challenges and perspectives. Nowadays the global energy landscape is changing rapidly. The growing Asian thirst of energy could motivate Russia to change the export energy flows. Undoubtedly, that single European energy diplomacy would also strengthen the EU position in international organizations both in the global (UN, WTO) and regional (IEA, IRENA) institutions.

4. Given the geopolitical and regional challenges to energy security and stability the EU states it is very important to create a value through coordinated energy policy and diplomacy. Such energy issues especially vis-à-vis Russia as the price negotiations, removal of destination restrictions and softening and/or removal of take-or-pay contractual conditions, diversification the sources and routes of supplies should be in the focus of one-voice energy policy all EU countries. The teamwork and using energy diplomacy for promoting trade and energy security would provide benefits not only in the energy policy but also would have positive effects on economic policy as well.