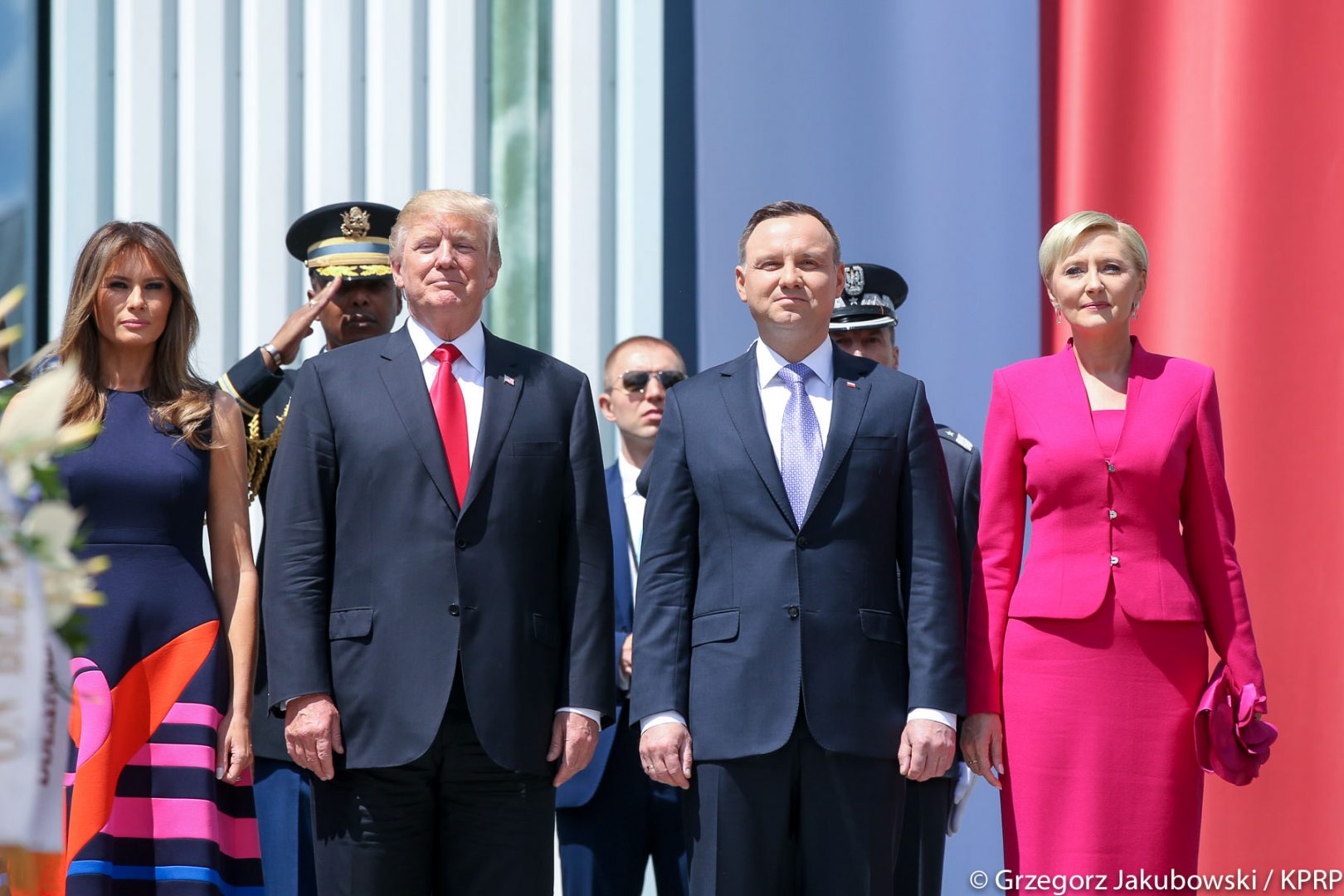 The President of the United States Donald Trump visited Warsaw, the capital of Poland, on Thursday, the president’s first trip to the Central-Eastern Europe (CEE) since his inauguration. The visit took place on the eve of the G20 summit. Choosing Poland as his first stop was not a coincidence and is closely related to the foreign policy goals of the administration. It unequivocally shows that this region of the world will be one of the top priorities for the 45th president of the United States.

Donald Trump’s visit started with a one-on-one meeting with the President of the Republic of Poland, Andrzej Duda, followed by plenary talks between the American and Polish delegations (Commerce Secretary Wilbur Ross, Treasury Secretary Steve Mnuchin and National Security Advisor H.R. McMaster were present), and finished with a joint press conference of both leaders. Security and trade cooperation, especially related to the energy sector, dominated the discussions.

The energy discussion focused on long-term Liquefied Natural Gas (LNG) supplies contract, and its further transit to other countries in the region. President Trump assured the Polish leader he would encourage American energy companies to establish long-term cooperation with Polish partners.

The Polish government is particularly interested in securing the permanent status of U.S. troops in Poland, which arrived this year as part of NATO’s effort to reinforce the eastern flank, and the future of the missile defense base in Redzikowo. On Wednesday night, a memorandum of understanding was signed to proceed with Poland’s acquisition of the most modern configuration of the U.S. Patriot missile defense system.

Trump made a resounding public speech by the Warsaw Uprising monument, which commemorates the heroic struggle against German occupation in August of 1944. The speech’s main takeaway was the intention to uphold American involvement in the region and to advance Polish-American relations to a higher level. The president also reemphasized America’s enduring commitment to the collective defense of the region – a vital subject for the Polish hosts – and strong defense cooperation between the U.S. and Poland. For the first time in Europe, Trump mentioned Article 5 of the NATO treaty, assuring the U.S. is determined to use it to support its allies.

The latter part of the visit was more international in character. President Trump took part in the Three Seas Summit taking place in Warsaw. The idea to strengthen cooperation of states between the Adriatic, Baltic, and Black seas was designed by the presidents of Poland and Croatia to address issues such as energy, transportation, digitalization and economy. The initiative was joined by the four Visegard Group states – Poland, Czech Republic, Slovakia and Hungary – three Baltic States – Lithuania, Latvia and Estonia – as well as Croatia, Slovenia, Bulgaria, Romania, and Austria.

Despite the fact that the visit was officially a bilateral meeting between Polish and American leaders, the 12-country summit played an important role in the administration’s final decision to visit Warsaw. In particular, President Trump expressed his interest in consulting with Central-Eastern European leaders ahead of the G-20 summit.

It should be noted that energy security is an important dimension of the Tri-Sea cooperation efforts. Trump openly supported the concept of Tri-Sea and said the U.S. will join this project as a producer and exporter of liquefied natural gas. Poland would like to be the primary importer and distributor of American gas in the region.

Trump’s visit in Poland is undoubtedly a win for the Polish government, both domestically and outside of the country. The mere fact it took place so early in Trump’s presidency is proof of the robustness of Polish diplomatic efforts and the country’s important role in the Trump administration’s foreign policy plans. In the aftermath of the visit, Poland’s position vis-à-vis its regional partners, as well as NATO and the EU, is sure to become stronger. Warsaw will likely grow even more assertive in relations with Brussels, where some of its initiatives were met with strong resistance from other member states. Poland’s stronger hand will be particularly important from Russia’s perspective, which views the U.S. and Poland relationship as a serious threat to its strategic interests in Europe.

Trump’s visit in Warsaw will also be beneficial for the Polish government on home turf. It proves that the foreign policy pursued since Polish elections in 2015, and even more so since Trump’s victory, was the right one. The Polish government has been enthusiastic about the outcome of the U.S. presidential race and has undertaken several initiatives to foster relations with the new administration. In the context of domestic affairs, it is noteworthy that the Polish society is among the most pro-American in Europe. Therefore, any initiatives that strengthen the Polish-American bond increase the ruling party’s ratings.

In the bilateral dimension, the visit signals that Warsaw is treated by Washington as a serious partner politically, militarily, economically, and trade-wise. It acknowledges the potential for long term cooperation in energy, defense, and high tech industries. Poland is among the few NATO member states that fulfills its commitment of spending 2% of GDP on army modernization. Moreover, Poland is executing a broad equipment and technology procurement plan, which would be hard for the American defense industry to ignore.

From the perspective of the president of the United States, the effect of the visit is to wash off the negative impression caused by murky relations of Trump’s associates with Russia. The implementation of energy projects in a traditional Russian stronghold is without a doubt a jab at Moscow’s interests. This will be used in public debate in Poland as an argument to undermine, or even knock down, the claims of Trump ties to Putin. Likewise, Trump’s warm reception in Warsaw and the crowd’s enthusiastic reception of his speech in a symbolic spot, will accomplish similar goals. It will be a clear signal for the world and domestically, that despite harsh criticism in the U.S., the Poles – known for their skeptical stance towards the Kremlin – support Donald Trump.

Trump’s strong entrance to the Central and Eastern Europe region, in an area as difficult and sensitive as the energy sector, could be met with harsh backlash from Moscow as well as from those Western Europe states that are involved in gas projects with Gazprom. We may see the first responses during the G-20 summit in Hamburg. Perhaps we had the foretaste of the quarrel ahead when German Chancellor Angela Merkel criticized the U.S. Senate’s vote to sanction entities involved in North Stream 2, the offshore natural gas pipeline from Russia to Germany. This time, however, the reaction is sure to extend beyond public criticism.